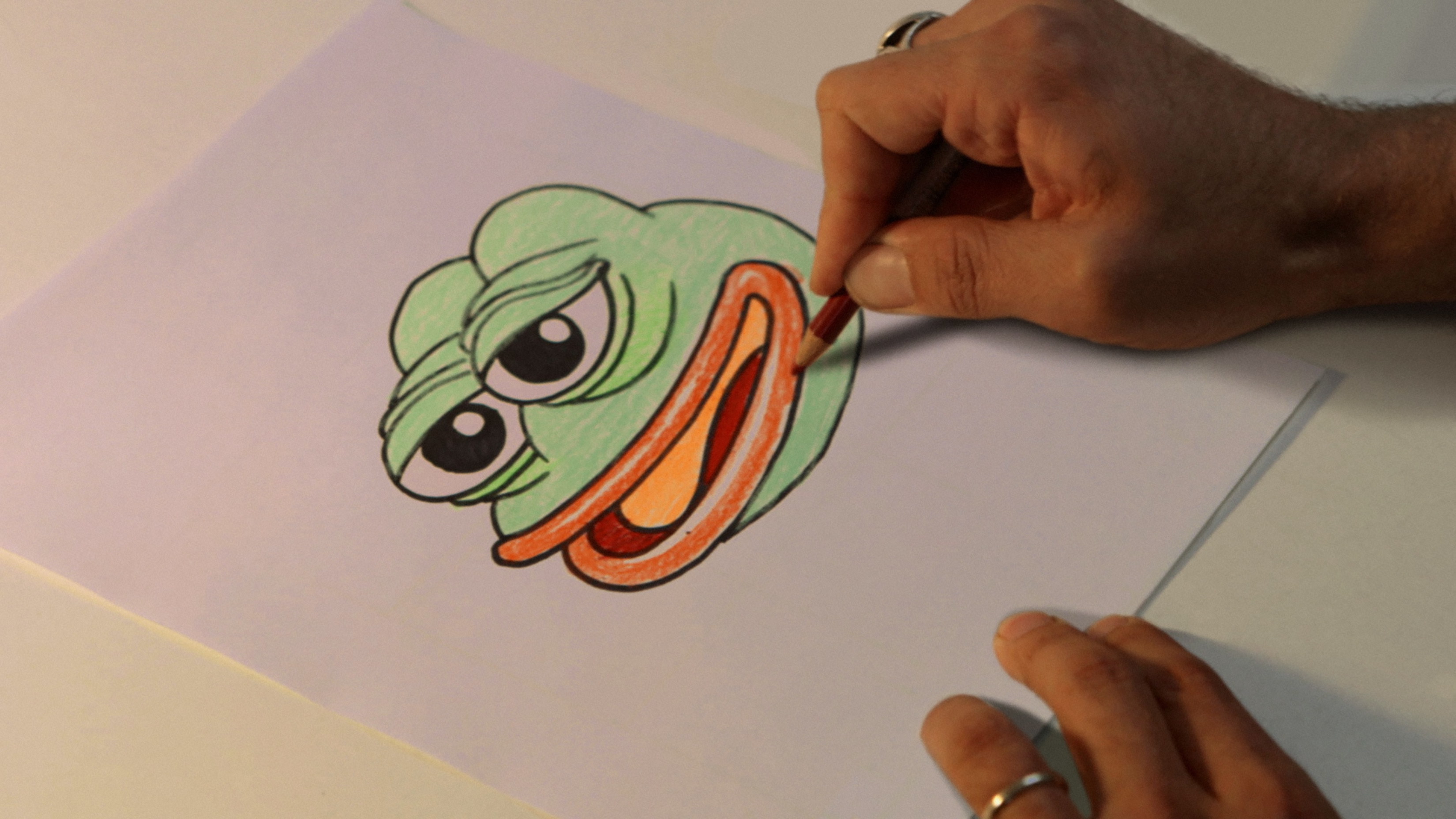 (San Francisco, CA) July 17, 2020 ­— Amid the tumult of the 2016 presidential election season, a popular cartoon frog meme emerged as the unifying symbol of hate for the alt-right. Feels Good Man recounts the harrowing journey of Pepe the Frog, the creation of artist Matt Furie, and his transformation from light-hearted comic book character to registered hate symbol. A film by collaborators Arthur Jones (directorial debut) and Giorgio Angelini, Feels Good Man will kick off the new season of Independent Lens on Monday, Oct. 19, 2020, 10:00-11:30 p.m. ET (check local listings) on PBS, PBS.org, and the PBS Video App.

The film premiered as part of the U.S. Documentary Competition at the 2020 Sundance Film Festival, where it won the U.S. Documentary Special Jury Award for Emerging Filmmaker. Garnering praise from festival audiences and critics alike, it has been described as “absorbing” by Variety and “a well-executed emotional journey that will take viewers from amused to bemused to horrified to miserable and probably to a point of genuine anger” by The Hollywood Reporter.

Created by artist Matt Furie as a character in his comic Boy’s Club, Pepe was originally an embodiment of the laid-back lifestyles of young male college graduates finding their footing in the real world. After popping up in meme form on various fitness blogs, Pepe eventually started appearing on the anonymous online message board 4chan, where his image was quickly copied again and again and adopted as a symbol of misfits everywhere. Feels Good Man follows his surreal journey of being co-opted and twisted into an image of hate by extreme online communities through the eyes of his horrified creator, who finds himself increasingly powerless to stop this co-optation as it spirals out of his control.

As the alt-right’s images of Pepe infiltrate the mainstream media in more insidious ways leading up to the 2016 presidential election, the film asks the questions: Does anyone truly own anything on the internet? Can an image that has been transformed into one of hate be transformed once again into one of hope?

“The intention behind Feels Good Man was not only to canonize Matt Furie’s creation but also to spark a discussion about artistic agency, the rampant cynicism in our society, and how culture spreads from mind to mind in this new digital era,” said Jones. “I’m honored to have this film open the upcoming season of Independent Lens and be made accessible to so many through public media, and I hope to see it encourage a dialogue among audiences across the country.”

Lois Vossen, Executive Producer of Independent Lens, added: “In tracing the story of Pepe the Frog’s transformation and co-optation by the alt-right, Feels Good Man shows us just how complicated the idea of ownership on the internet has become, and also speaks volumes about the power of online communities and images. At times disturbing, eye-opening, and hopeful, the film offers a fascinating view into how the internet can shape national discourse and impact real-world events—for better or for worse.”

Feels Good Man is Jones’s directorial debut, but he’s uniquely suited to tell the story. He’s a cartoonist who came up in the same indie comics scene as the film’s subject, Matt Furie. Jones published a book of his illustrations in 2011: Post-it Note Diaries (Penguin/Plume Paperbacks). Over his career, he’s art directed animation and motion graphics for journalists and documentary filmmakers, working with companies including The New York Times, VICE, The Center for Investigative Reporting and The International Consortium of Journalists. Recently he’s been a part of several documentary features: Seed Money: The Chuck Holmes Story (2015), BUNKER 77 (Amazon Studios, 2017), Owned, A Tale of Two Americas (2018) and Hal (Oscilloscope Films, 2018). Jones is a graduate of the Rhode Island School of Design.

Giorgio Angelini came into film from a longer, multi-faceted career in the creative arts. After touring in bands like The Rosebuds and Bishop Allen for much of his 20s, Giorgio enrolled in the Masters of Architecture program at Rice University during the depths of the 2008 real estate collapse. It was during this tumultuous time that the seeds for Giorgio’s directorial debut, OWNED: A Tale of Two Americas began to take shape. Following graduate school, Angelini began working with the boutique architecture firm, Schaum Shieh Architects, where he designed the White Oak Music Hall in Houston, Texas, as well as the headquarters for The Transart Foundation for Art and Anthropology, which won the Architect’s Newspaper’s “Design of the Year” award in 2018. With a focus on film, Giorgio launched a production company, Ready Fictions, in 2019 with his producing partner, Arthur Jones.