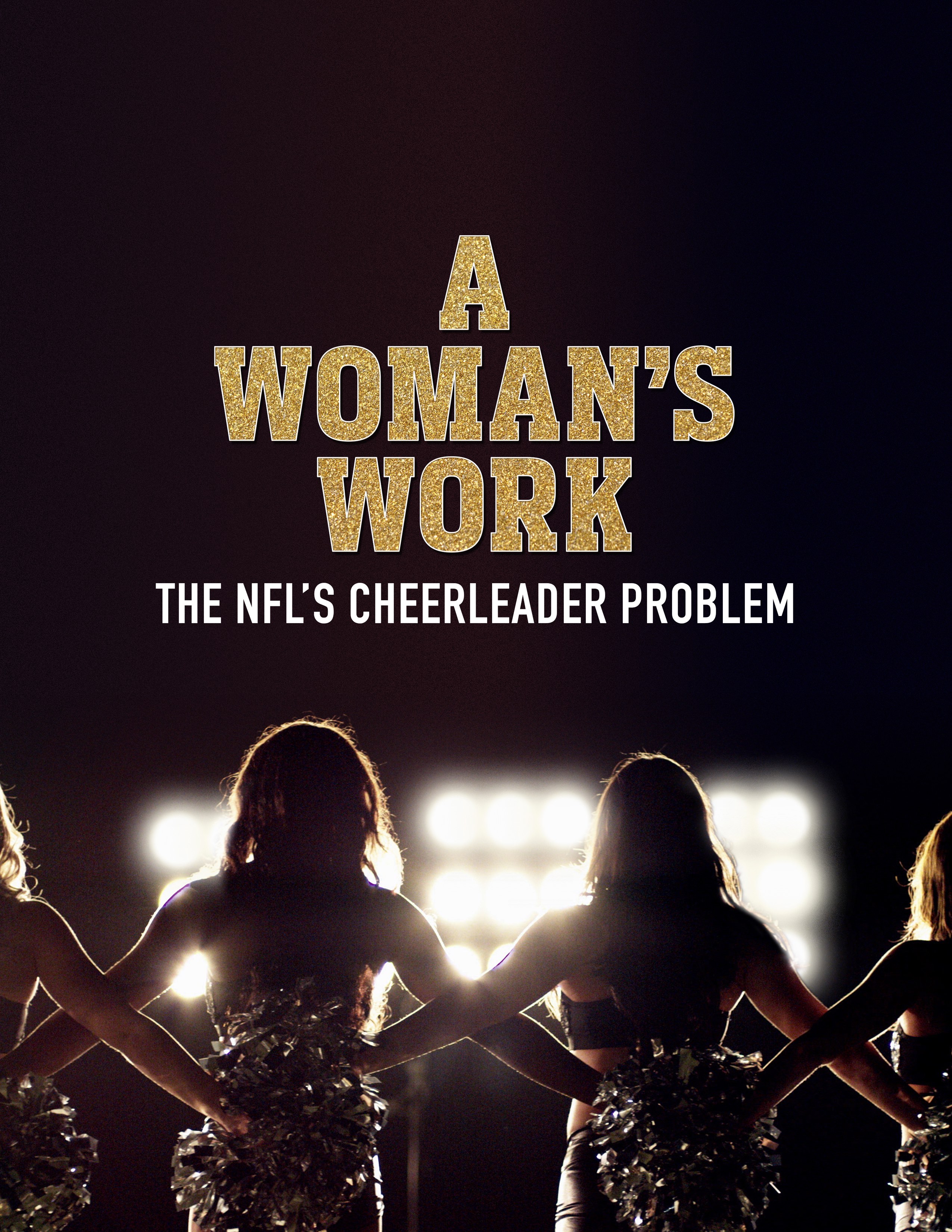 (San Francisco, CA) November 24, 2020–Directed by award-winning filmmaker Yu Gu, A Woman’s Work: The NFL’s Cheerleader Problem sheds light on the continued fight to end the gender pay gap prevalent throughout the National Football League. For over 50 years, the NFL has employed cheerleaders—women who are lifelong athletes expected to both maintain a peak physical condition and fulfill extreme beauty standards. Many of these athletes however, have been historically underpaid, with some earning as little as $5 an hour, while others are never paid a salary at all. In her film, Gu chronicles the journeys of cheerleaders from the Oakland Raiders and the Buffalo Bills, each of whom put their careers on the line to take legal action and fight for fair pay.

Commended as “authentic” by Sports Illustrated and “defiant...persuasive” by Variety, A Woman’s Work premieres on Independent Lens on PBS on January 4, 2021 at 10/9c (check local listings) and will also be available to stream on the PBS Video App.

Born in China and raised in Canada, Gu became fascinated with the spectacle and narratives of American football upon moving to Los Angeles. Originally viewing football as a metaphor for the American dream—extreme competition and just rewards for hard work—the more Gu learned about the institution behind it, the more evident the structural inequality baked within the sport became.

Through the stories of two women in particular—Lacy, a former cheerleader for the Oakland Raiders and mother of three and Maria, a former Buffalo Bills cheerleader, both of whom take up the grueling fight for fair pay against the NFL—Gu paints a vivid picture of gender inequality at the heart of America’s favorite pastime. In high-stakes lawsuits and in the harshly divided court of public opinion, Lacy and Maria take a stand, denouncing the NFL’s unfair labor practices and employment contracts riddled with illegal provisions. In the midst of their legal battles, both women also encourage their peers to speak out as well, leading to nearly a dozen NFL teams becoming subject to federal complaints and/or being sued by their cheerleaders for everything from wage theft to gender discrimination over the next several years.

Featuring interviews with former NFL cheerleaders—some who have filed lawsuits against and others who stand staunchly in support of the NFL—their family members, and labor lawyers, A Woman’s Work weaves sharp cultural exposé with personal journeys of empowerment.

“This film is about women’s fight for value in the workplace,” said Gu. “I wanted to show the work these women put in behind the spectacle, and the unjust environment where this work takes place. By breaking down what’s happening in this cultural monolith that is the NFL, we aim to shine a light on how gender inequality operates at an institutional level, and inspire audiences to follow in the footsteps of these brave women who are fighting to end it. With a platform like Independent Lens, we’re hopeful that we can educate communities and spark conversations all over the U.S. on this issue as women continue to fight against inequality in all spheres of life today.”

Visit the A Woman’s Work: The NFL's Cheerleader Problem page on Independent Lens for more information about the film.

Yu Gu is a multinational filmmaker and visual artist whose award-winning films explore the clash between individuals and systems of power. Yu co-directed the feature documentary, Who is Arthur Chu? (Slamdance 2017, Hot Docs 2017, CAAMfest 2017 Centerpiece). Praised as “Raw, unfiltered and poignant” by Indiewire, the documentary won two festival grand jury awards and was broadcast on World Channel in 2018. She is directing Interior Migrations, an experimental project documenting the memories of migrant workers in Canada. The first 3-channel short documentary from this project premiered at the Art Gallery of Ontario’s Every.Now.Then: Reframing Nationhood exhibit and participated in The Public – Land and Body, a site-specific installation in Toronto. Yu’s work is supported by the Sundance Institute, ITVS, Tribeca Film Institute, Points North Institute, Hedgebrook and California Humanities. She was a directing fellow with Firelight Media and Film Independent and was awarded Best Emerging Filmmaker at the 2019 Los Angeles Asian Pacific Film Festival. Yu received her MFA in film production from the University of Southern California and a BA from the University of British Columbia. She is a Lecturer at Chapman University’s Dodge College of Film & Media Arts and USC’s School of Cinematic Arts. Yu is a proud member of Brown Girls Doc Mafia, Film Fatales and the Asian American Documentary Network.

Elizabeth Ai is a Los Angeles based Emmy award-winning producer. She writes, directs, and produces independent narratives as well as branded content for companies such as National Geographic, ESPN, and VICE. She produced documentary features; Dirty Hands: The Art & Crimes of David Choe (2008), on the titled artist after his prison release and before his meteoric rise, and Saigon Electric (2011), a feature narrative set in Vietnam’s world of breakdancing. During her tenure at VICE, she created the original series pilot for Bong Appétit (2014) that got picked up for series on Viceland. She is currently directing and producing two in-progress feature documentaries and has a slate of narratives in development. She is a fellow of Berlin Talent Campus, Film Independent, Sundance, and Tribeca. Her film projects are supported by California Humanities, Firelight Media, Knight Foundation, and ITVS. She received her B.A. from the University of Southern California.