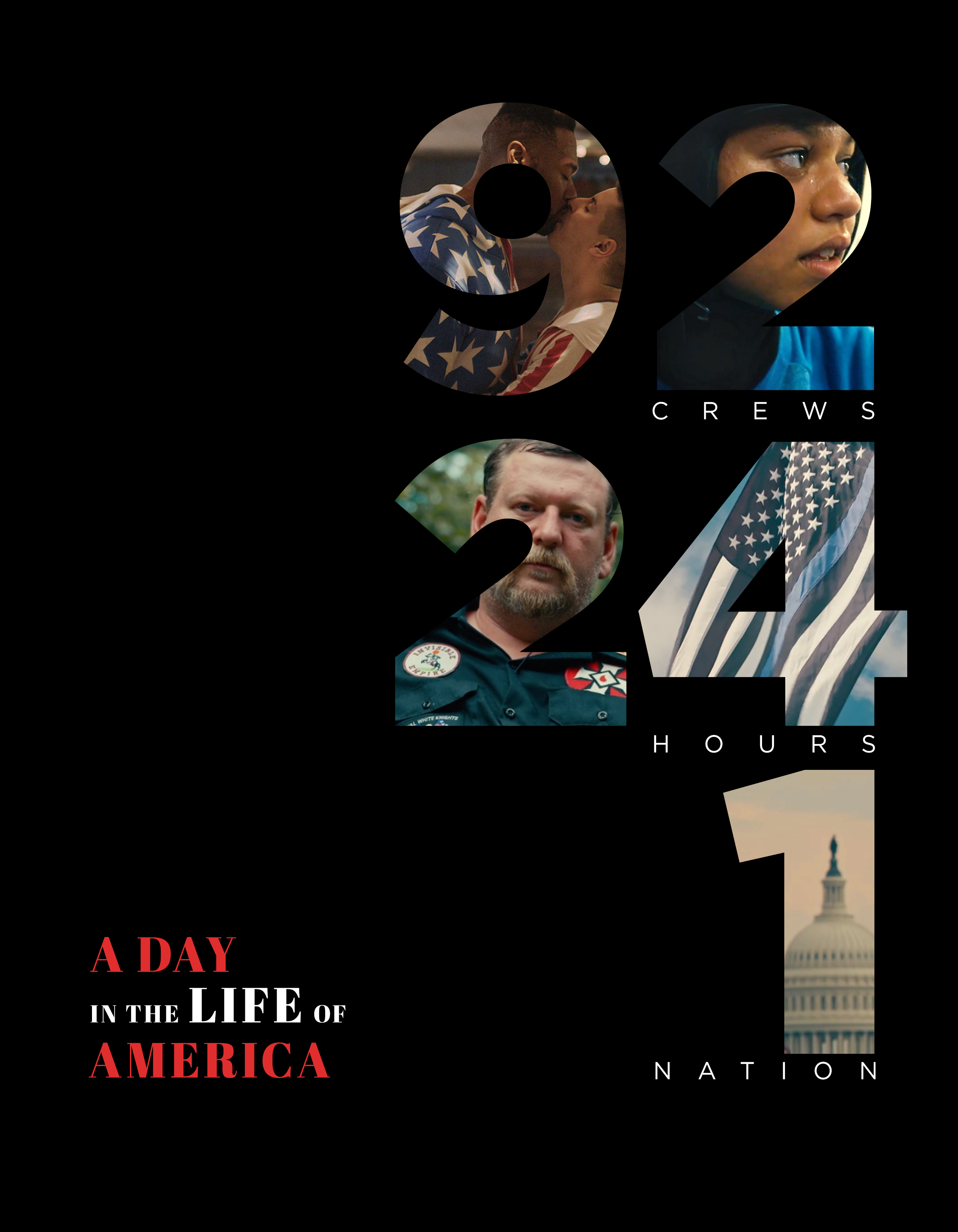 (San Francisco, CA) December 9, 2020—Shot over the course of a single day—July 4—across all 50 states in America, plus Washington D.C. and Puerto Rico, A Day in the Life of America is a powerful new documentary that captures an unflinching portrait of a nation in a time of tumult. Directed by Oscar-winning actor and accomplished musician Jared Leto, the film conveys the wide-ranging beliefs, experiences, and struggles of Americans from all walks of life, showing alternately beautiful and provocative glimpses into the diversity and division of the United States.

Hailed as an “impressive film” and “visually...richly composed” by The Hollywood Reporter, A Day in the Life of America will make its broadcast television debut as part of the current season of PBS’s Independent Lens on January 11, 2021 (check local listings) and will also be available to stream on the PBS Video App.

The film was inspired by the Day in the Life photography books, a series of works by photographers who documented subjects over the course of a 24-hour period. To capture footage for the documentary, Leto sent 92 crews to all 50 states and Washington D.C. and Puerto Rico, overseeing and communicating with all of them from a headquarters in Los Angeles on the day of filming.

Opening in the early dawn of July 4, 2017, the film shares vignettes from individuals and communities across the United States as the nation prepares for a day of celebrations—or in some cases, protests. Among the documentary’s wide-ranging subjects are the first openly transgender woman in New York’s Hasidic Jewish community, an interracial, same-sex couple in Texas, a First Nations community in South Dakota, a female truck driver in Wisconsin, Ku Klux Klan members preparing for a demonstration in Charlottesville, and a family in a neighborhood of Chicago wracked by gun violence.

“My hope for this film is that by highlighting so many different experiences and viewpoints, it can show that we are all fundamentally connected and remind us that there are many who still believe in the American Dream, even while they may feel unseen or forgotten—especially during such a tumultuous year,” said Leto. “I’m excited to find a home for it on Independent Lens and to be able to bring these diverse stories to as wide an audience as possible through the power of public media.”

The film, which strikes an apolitical, but provocative and visually poetic tone, is scored by Leto’s band, Thirty Seconds to Mars.

“Jared Leto’s film is an extraordinary feat of storytelling in how it reveals the immense range of responses to the question of what it means to be an American today,” said Lois Vossen, executive producer of Independent Lens on PBS. “The stories captured in the film are by turns beautiful, uncomfortable, thought-provoking, and disturbing, but ultimately they show us a common thread of hope that runs through the diversity of struggles and experiences that Americans face, in this complicated time in American history.”

Commissioned and co-produced by ITVS, A Day in the Life of America made its world premiere at the Tribeca Film Festival in 2019 to wide praise.

Jared Leto is an actor, musician, director and entrepreneur. His extensive work as an actor has included a host of transformative performances. Leto’s role in Dallas Buyers Club, earned him over 40 Best Supporting Actor honors including an Academy Award. His work as a director has also garnered him accolades including winning the People’s Choice Awards for best documentary for Artifact and over a dozen MTV VMA awards for his work in music videos. He now brings documentary, A Day in The Life of America, enlisting the help of the public, Leto created an expansive portrait of the USA over a 24-hour time frame.

A Day in the Life of America