On May 17, Hill Harper, Tony Plana, and Priscilla Diaz will join CPB President and CEO Patricia Harrison at the PBS Annual Meeting in Denver for a public discussion on the nation’s dropout crisis as part of the public media initiative, American Graduate: Let’s Make it Happen, made possible by the Corporation for Public Broadcasting.

Priscilla Star Diaz has come a long way.  The charmingly little girl of Gabriel Noble’s P-Star Rising (2009) is now a poised 17-year-old starring in her third season of The Electric Company.  The hip-hop sensation—who experienced her own struggle with literacy—frequently speaks about self-esteem, persistence, and the value of an education.  Diaz is one of several high-profile supporters of American Graduate: Let's Make It Happen who will join public media professionals from across the country at the PBS Annual Meeting in Denver next week. 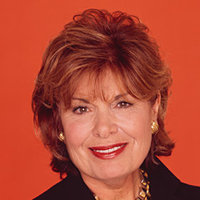 Hill Harper, the film, television and stage actor currently starring in CSI: NY, and notable actor Tony Plana of Ugly Betty fame, will appear with Diaz and CPB President & CEO Patricia Harrison at a special American Graduate breakfast meeting on Thursday morning. Launched in 2011, American Graduate is public media’s initiative to help communities address the dropout crisis.  The project  includes television and radio specials, screenings and  Teacher Town Halls  with the Bill & Melinda Gates Foundation, community partnerships, and, engaging curricula for students in an out of the  classroom, and includes new ITVS programming that focuses on the Latino community. High school dropout is an issue that has many faces, and affects people in myriad walks of life—and people across the country are taking action. 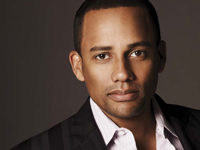 In addition to his acting work, Hill Harper is also the founder of the MANifest Your Destiny Foundation, funded with proceeds from his inspirational book Letters to a Young Brother.  The MANifest Your Destiny Foundation provides underserved youth a path to empowerment and educational excellence through academic programming, college access skills, and personal development. 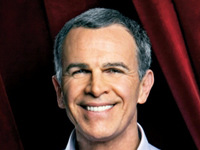 Tony Plana developed a unique and innovative literacy program with the East L.A. Classic Theatre called Beyond Borders: Literacy through Performing Arts, which uses the performing arts to impact literacy skills in academically at-risk and bilingual students.  And 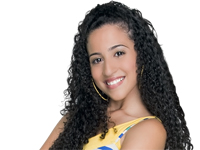 Priscilla’s message and rhymes are the real deal—as a child, she faced a grown-up world early in her young life, but through hard work and diligence refused to become a statistic. In a remarkably short time, American Graduate has gained traction with its media presence and real-life impact, and the project’s network of advocates, partners, public media stations, political backing, and celebrity supporters is ever-growing.  The PBS Annual Meeting is an exciting opportunity to gather industry leaders and stations with this dedicated cohort of conscientious performers to discuss the collective work, passion for the cause, and public media’s role in this national endeavor.