Councilwoman follows the story of Carmen, a hotel housekeeper and mother from the Dominican Republic striving to advocate for low-income workers from the margins to Providence, Rhode Island city politics. Her journey encourages us all to reflect on who should be responsible for the decision-making in our communities. Margo Guernsey, director of Councilwoman, sat down to chat with us about the making of the film.

ITVS: Tell us when you started and how you built trust with Carmen and the Latino community during pre-production and while filming.

Guernsey: Well, we started filming at the end of 2011 and filmed throughout 2014, which was her re-election. We really took our time making this film, which paid dividends. The trust definitely happened before we started filming with Carmen. I was a union organizer out of college, and Carmen and I had worked together during some pretty intense fights. A lot of the times I was negotiating for her and my intuition was like, “I want to film you.” I was really transparent with her, which made the trust come naturally. I had trust with the Dominican community beforehand as well. We are in the Dominican Republic every year – I live in between the American and Dominican world so I felt immersed in their culture. This was my first feature film, so I didn’t have a lot of partners because it takes time to build an amazing team. It’s hard to find people who will be 100% committed to the project. 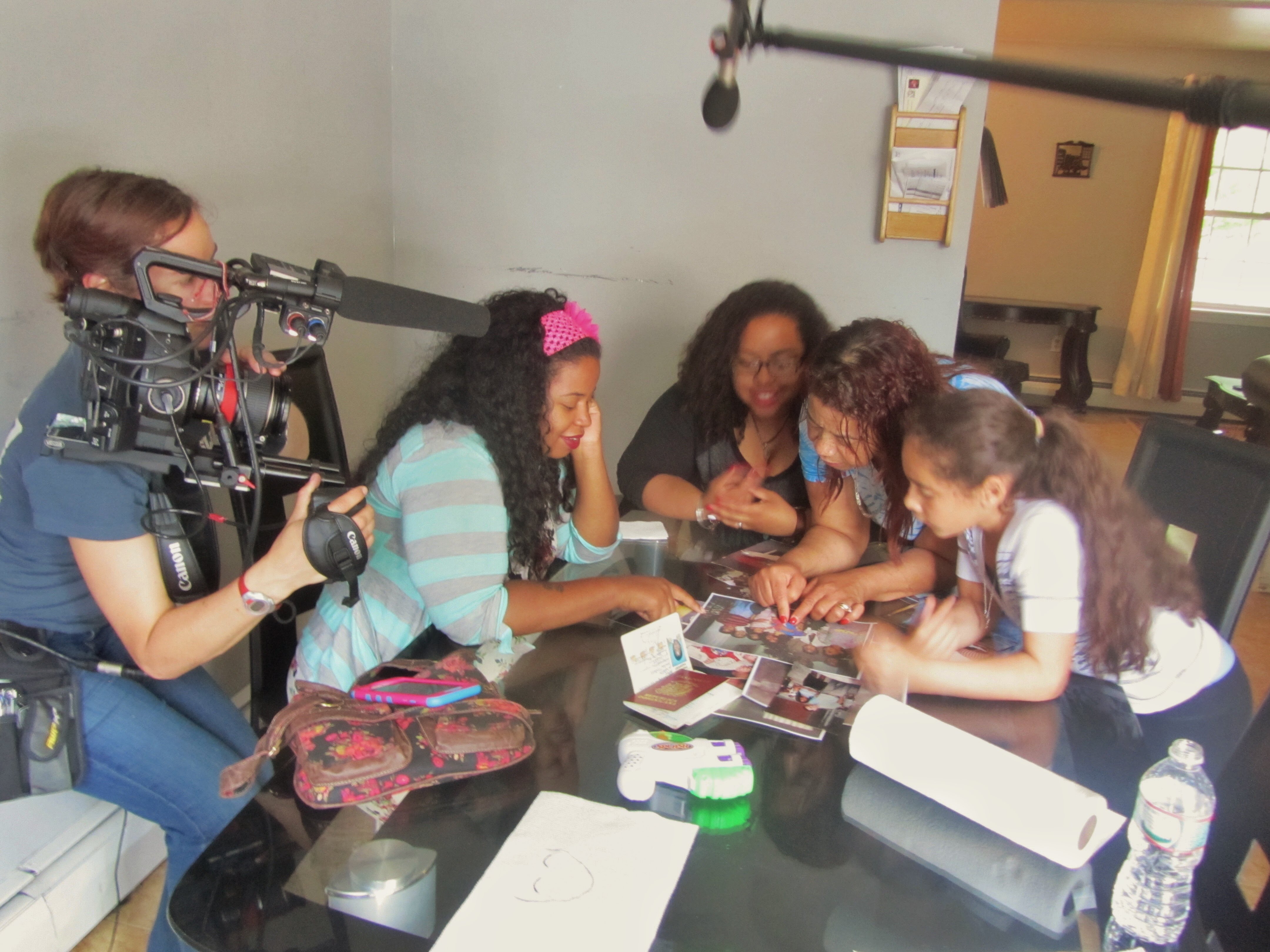 What was the most challenging part of making the film?

I would say psychologically it was really hard for us as a producer and team because we doubted ourselves throughout the whole process. I kept asking myself, “Is this right? Are we crazy?” because we didn’t have any funding and I never knew really what the story would be. The story developed as we continued but the roots of it are still very much in there. Going into this I knew she would keep her job at the hotel and that they would pay her very little. We were in a different political environment so no one cares, but maybe we can get people to start thinking, “What if politicians worked a clock in clock out 9-5? Would that bring any change to policy?” It’s awesome because tons of other working class people are stepping up. We’re in a different place now and people are actively pursuing responsibility in their communities. 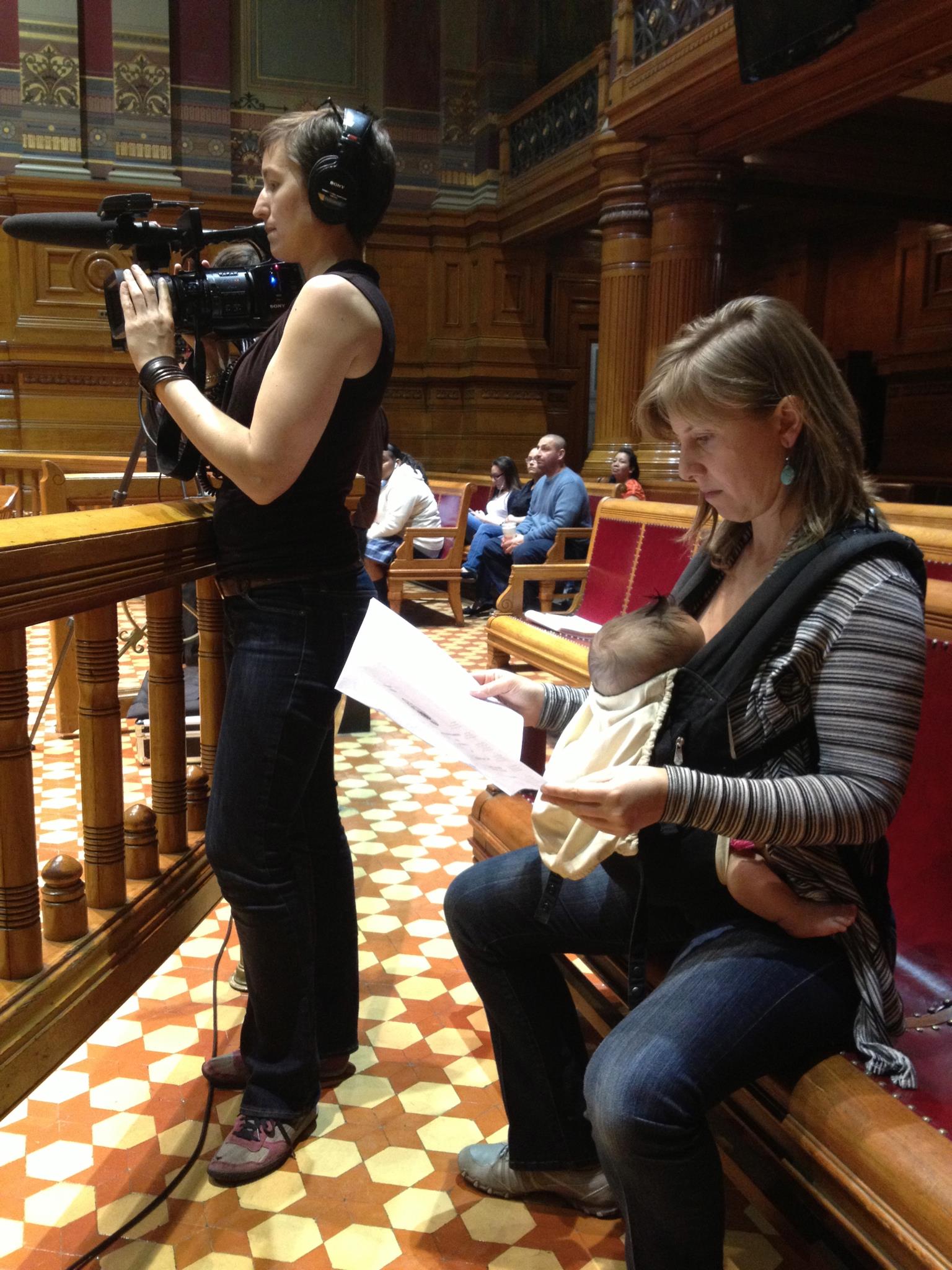 How connected did you feel to what was happening while filming?

In some ways I was a little too close to the politics of it all. I have a lot of friends who have different views on various issues, and it was heartbreaking for me to see “the left battling itself,” because of those emotional connections. It’s taken me years to let go of that stuff but thankfully I have.

We are so excited to have you partner with ITVS. What was the process like to receive funding?

Thank you! We actually applied four times…this last round we got in, but the past two rounds we made final round. We were close and got some really difficult but crucial feedback. By the time we got all the funding, we had to plan. It worked well because we were at a point in the cut where we got really far and ITVS helped with funding.

What advice would you give filmmakers who want to tell a story but don’t know where to start?

I would say most importantly you need to believe in your story and let it dictate the path of your film. I know “persistence” is a word used often but being persistent isn’t always good advice in this case because some films really are not great stories. Be open to criticism and follow your intuition. What is it about this story that makes you want to tell it? What do you want your audience to take from this story? 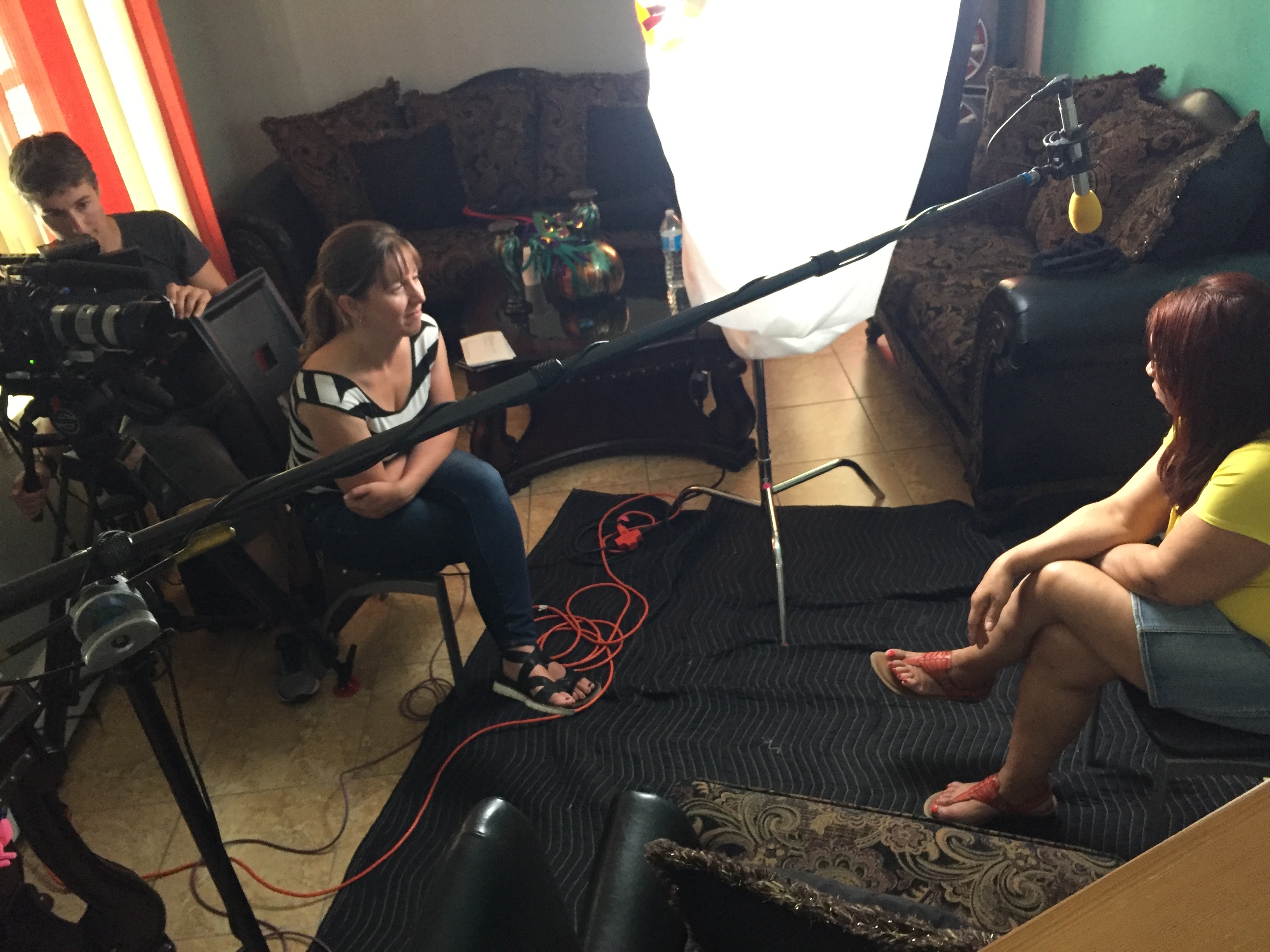 What do you want viewers to take away from Councilwoman?

In this country we have a tendency to define ourselves by our careers and our work. We are more than these things. Women in particular are often expected to completely excel in both areas, but not necessarily with the supports or tools to do so. I want people to watch Carmen’s story and be inspired to re-think who should be making decisions on behalf of our communities, and take action to take a stand in their communities in office. We can break down the barriers for working class women and people of color to run, win, and govern.