Throughout July, Global Voices will examine the efforts and struggles around the world as people and organizations strive for democracy, independence, and freedom. Global Voices airs Sunday nights at 10pm on the WORLD Channel. 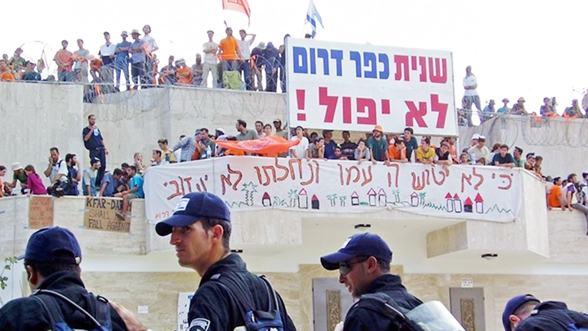 In honor of Independence Day, Global Voices and the WORLD Channel present four international documentaries throughout the month of July that focus on the different, difficult actions people and organizations have taken in the fight for independence. The month begins with Storm of Emotions (July 3 at 10pm), chronicling the Israeli disengagement from the Gaza Strip and the efforts to achieve democracy amidst great social and political turmoil. Read more about the Global Voices line up after the jump >>

July continues with the two-part documentary Cuba, An African Odyssey (July 10 and 17 at 10pm), showcasing the previously untold story of Cuba’s support for African revolutions. The Mosquito Problem & Other Stories (July 24 at 10pm) follows and focuses on one village as it is continuously transformed by ideologies, regimes, and dreams of economic prosperity. The month concludes with The Siege (July 31 at 10pm), a documentary about a historic event in 1996 when the Peruvian Tupac Amaru Revolutionary Movement seized the Japanese ambassador’s residence in Lima and held dozens of foreign diplomats hostage for 126 days.