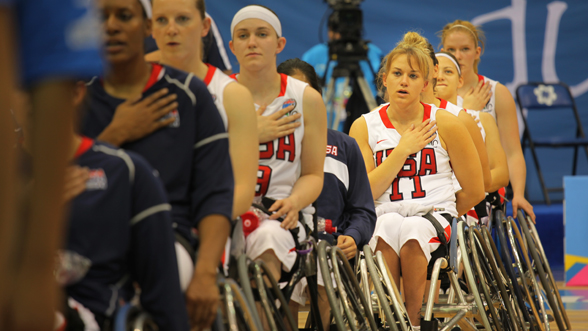 Strength. Stamina. Determination. Resilience in the face of obstacles. All these words could be used to describe independent filmmakers but they’re also qualities common to women and girls in sports. In celebration of the 40th anniversary of Title IX legislation ending gender-based discrimination in federally-funded educational activities, ITVS’s Women and Girls Lead campaign is shining a spotlight on female athletes all summer long. Launching today and extending through the Olympic games, ITVS will be streaming feature-length and short films free online at womenandgirlslead.org, with additional videos and activities added throughout the summer.

At the heart of the collection are four films from public television that focus on female champions in both athletic and political arenas. We start with Kimberlee Bassford’s Patsy Mink: Ahead of the Majority, the definitive documentary about the first Asian-American woman in the U.S. Congress and the force behind the Title IX legislation. We’ll see Title IX in action with Diane Zander Mason’s Girl Wrestler, which follows Texas teen Tara Neal as she competes on the same mat as the boys. Coming July 13, we’ll get an international perspective on women in sports through the story of a world karate champion Shadya by Danny Hakim, Udi Kalinsky, and Roy Westler. Leading us into the Olympics will be Julie Wyman’s Strong!, starting on July 27, which explores the journey of Olympic weightlifter Cheryl Haworth.

In addition, ITVS is very excited to include short films from the Women and Girls Lead content partners. The WGBH Medal Quest project introduces “the best athletes in the world” – the elite competitors of the Paralympic Games. Audiences will see American athletes breaking records as well as boundaries as they prepare to go for the gold in London. Through MAKERS, an initiative of PBS and AOL, we’ll hear from trailblazers ranging from the first girl in Little League to “Battle of the Sexes” champ Billie Jean King. Also included are profiles of athletes produced in association with KCPT and KLRU for Women and Girls Lead, and the films will be available on PBS Video, bringing together participants from across the public television system.

In honor of Title IX’s 40th anniversary, Women and Girls Lead will be tweeting facts, resources, discussion questions, and PBS video content at the #TitleIX hashtag. Join the conversation by following @WomenGirlsLead on Twitter and sending out our kick-off tweet: "RT to join: I'm joining the @WomenGirlsLead month-long conversation about #TitleIX." In addition to the Twitter chat, there will be various online social screenings and updates from the filmmakers that are currently in the works, so please visit womenandgirlslead.org throughout the summer for all the Title IX activities.