While we're happy for her family, the ITVS family is sad to announce that Judy Tam has decided to retire this winter after two decades of extraordinary service to ITVS.

"I knew I had found a kindred spirit in Judy from the beginning, 15 years ago, when we took our first ITVS business trip together to Washington DC. We had landed there on September 11, when the terrorist attacks triggered an order to evacuate our hotel. Amid the chaos and panic at breakfast, I noticed that Judy was perfectly calm and had shown the presence of mind to grab her purse. I knew then that I could rely on her steadfastness in anything we might face as an organization. Judy’s positive thinking would show up over and over again, from faith in the ITVS team to surmount each and every challenge to her uncanny knack for snaring coveted parking spaces around the city." 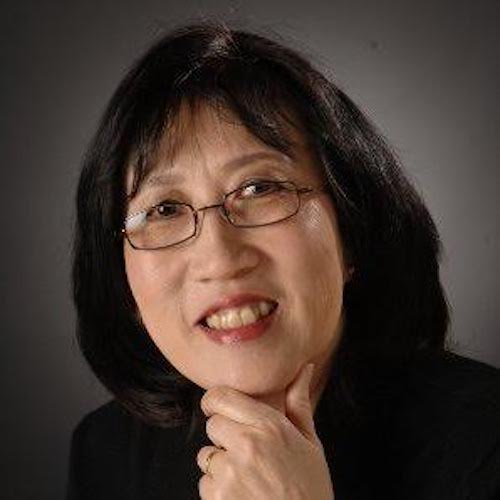 ITVS is very grateful that Judy took the path of a public servant. She worked for more than a decade at a public interest law firm before joining ITVS in 1997 as the Director of Finance & Operations. ITVS had just 11 staff members (71 today) and a $6.6 million budget ($21M today) running out of an office at 51 Federal Street here in San Francisco. Judy would later raise her hand to serve as Acting Executive Director for two years during the illness of ITVS head Jim Yee, who died of cancer in early 2001. Before Fifer came along later that same year, Judy Tam had helped fight off CPB budget cuts while strengthening connections between public television and independent producers. She went on to lead the ITVS finance team through not one but two federal audits, a grueling exercise with a successful outcome(s) that would strengthen ITVS's position within CPB to expand its budget and size.

Judy also solidified her legacy by helping to build the national and local partnerships to produce the exemplary 2005 INPUT Conference in San Francisco. The event for international public television broadcasters pulled in a record 1,700 participants and laid the foundation not only for Judy’s future role as INPUT president—a job she has held since 2010—but also for ITVS’s international strategy. Under her leadership, the True Stories film series (including Heart of the Sea and Okie Noodling) found viewers in 32 countries and the Knight Foundation-funded “Water Project” delivered original shorts from five countries to U.S. audiences. Along the way, Judy established ITVS’s mighty business affairs department that would shepherd 142 programs from 84 countries and executive produced eight seasons of ITVS’s broadcast series Global Voices.

Judy also helped steer the content and programmatic pipeline that in 2011 would evolve into Women and Girls Lead Global. It will be no surprise to learn that her favorite ITVS-commissioned film is Girl Connected, a story that amplifies the voices of young women who live in our five WGLG countries.

She has been a tireless mentor and champion of ITVS staff across departments, always factoring people’s feelings into the ever-shifting equation of problem solving.

Judy found time, too, to serve for six years on the LinkTV board of directors.

While Judy will step away from her daily routine and presence on Wednesday of this week, she will continue to support ITVS with advice and counsel until the end of February 2017. Her four grandchildren, ages 11 to 1, are counting the days.

ITVS staff will toast her contributions over the months ahead, but we know it will never be enough to express our collective gratitude.