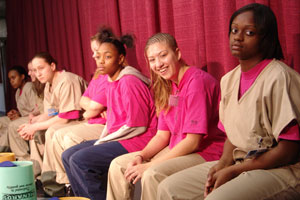 Filmmaker Heather Ross recently picked up an Emmy for her film Girls on the Wall, which was a recipient of ITVS’s Open Call. Ross fills in the picture for BTB on the journey that led to the award.

Six years ago, I moved to a faraway city and started shooting a documentary with the naïve idea that the rest of the pieces would fall into place. The film, Girls on the Wall, followed a group of teenage girls in prison as they took on an unlikely task — writing and staging a musical, using their lives and their crimes as the story. It ended up taking about five years to make, and I had to rely on almost everyone I knew, and many I didn’t, to get it out into the world. Last weekend, this little film got a big shot in the arm: it won an Emmy. 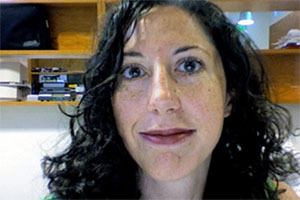 For Girls on the Wall, it was a long road from no-budget shoots to a gold statuette. We struggled with funding, story, and distribution. But there were some huge highlights along the way: enduring friendships with the girls from the film; watching them get out of prison and become young adults; ITVS selecting the film for Open Call, ensuring that the film would see the light of day; premiering the film in its hometown of Chicago, with some of the cast with us, stealing the show; and showing the film in the facility where it was shot, to a new group of incarcerated girls who were moved to talk about their stories.

Six years later, some of the girls from the film are still struggling, but some are doing very well — living independently and going to city college. The organization that put on the program, Storycatchers Theatre, is flourishing — the Fabulous Females program at Warrenville is in its seventh year, and they’ve partnered with the Chicago Symphony Orchestra, even managing to bring Yo Yo Ma into the prison to perform. In the end, it took awhile but the pieces did fall into place, even if they were forced like a frustrated kid with a jigsaw puzzle. To everyone who contributed their story, their time, and their effort to the film — thank you.