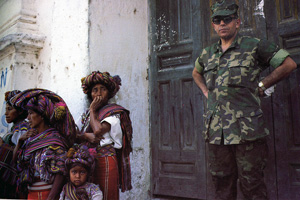 Granito is a story of destinies joined by Guatemala’s past, and how a documentary film from 1982 — When the Mountains Tremble — became forensic evidence to help prove a genocide case against a military dictator. In Granito, the characters sift for clues buried in archives of mind and place and historical memory, seeking to uncover a narrative that could unlock the past and settle matters of life and death in the present. Like a crime thriller where the narrative is revealed step by step, this epic film travels between present and past, uncovering evidence of massive crimes and bringing accountability to the present. The film, by Pamela Yates and Paco de Onis, was selected during last year’s round of Open Call. Watch the producers of Granito answer questions about the film below.