This week, The San Francisco Film Society hosted an event that put filmmakers and educators in the same room. 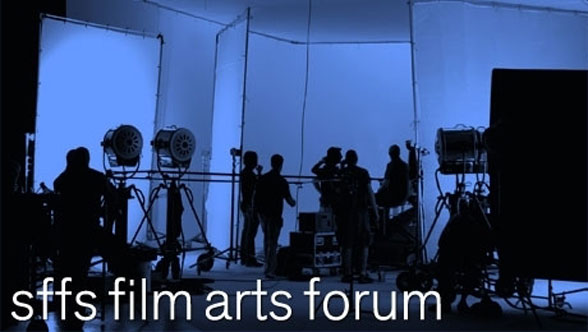 ITVS has been in and out of the classroom all week. On Wednesday, we hosted a live chat with high school seniors and an Independent Lens filmmaker, and on Tuesday night we streamed video/live blogged from the San Francisco Film Society’s event: Igniting the Classroom. The event included a panel of filmmakers and educators, including ITVS’s Education Manager Annelise Wunderlich, who filed this report.

As Education Manager for ITVS, I often feel like a kid in a candy store. I am surrounded by incredibly rich content for the classroom — the work of all the independent filmmakers that receive funding from ITVS is truly an educator's dream.

Authentic stories, diverse voices: these films are powerful vehicles to engage young people and teach them about the world we live in. The challenge is getting these films into schools at a time when budgets are stripped bare, teachers are on the hook for poor student performance, and standardized testing is considered the primary benchmark for learning. Not the best market for filmmakers who often spend several years making a film with very little financial gain, and often depend on educational sales for their livelihood.

Igniting the Classroom, San Francisco Film Society's Film Forum event on Tuesday night, was a rare opportunity for filmmakers and educators to be in the same room and share with each other their passion for connecting young people to the power of film. Sophie Constantinou of Citizen Film showed a module from her innovative online film project called Lunch, Love, Community about the love affair between middle-school students and Cheetos.

Marcia Jarmel described the unanticipated success of her film about bilingual education, Speaking in Tongues, as it has become an advocacy tool for a variety of organizations. Daven Gee of Khatadin Films shared a trailer for his film about the environmental impact of the coal industry called On Coal River and shared tips about what it takes to build a meaningful engagement strategy for a film. Finally, middle school teacher Maria Jenerik was there to share videos her students have created, and to bring some reality to the discussion of what it really takes to capture students' imagination. I shared Silver Sling — a short film from our science fiction series FUTURESTATES.

What makes ITVS's Community Classroom so unique and is that it serves as one of the few ways that select filmmakers can receive funding for their projects and support for creating educational outreach materials. Our lesson plans and film modules are developed by top-notch curriculum writers with guidance from an expert board of national advisors. All of our resources are standards-aligned and available for free on our website.

I only wish that we had the capacity to work with more films each year, as I know teachers and youth serving organizations are hungry for quality film-based curriculum. Young people gain so much from these stories if only they are exposed to them. Public media outlets like Community Classroom and film festival programs like SF International, which is celebrating its 20th anniversity of bring films to Bay Area schools, are examples of the few platforms where independent filmmakers and students connect. Programs like these deserve and need support to keep producing their important work. Check out a replay from our live coverage of the San Francisco Film Society’s Igniting the Classroom event below.