As we begin reviewing applications for the second round of Open Call, we want to highlight the experience of a filmmaker who was selected in the previous round for funding. Filmmaker S. Leo Chiang's documentary, Out Run, was one of eight projects recommended for funding through the initiative. Here he provides a firsthand account of his experience at our ITVS Producer Orientation. 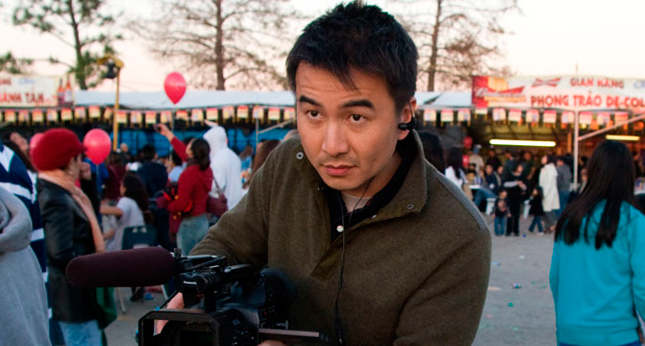 It is 9 am on a Wednesday morning. Deep in ITVS’s San Francisco headquarters, a roomful of staff members and ITVS-funded producers are staring intently at a projector screen in a darkened room so they can … sing along to Whitney Houston’s “I Wanna Dance with Somebody” music video. At the top of their lungs. Under a glittering disco ball.

Say what? Welcome to ITVS Open Call Orientation! For an independent documentary producer, few moments are more thrilling than getting that email from ITVS … you know, the one with the word “congratulations” somewhere in the first paragraph. Open Call funding support means that I, as a filmmaker, can now focus on actually making my film without expending more time on the laborious process of fundraising for a production.

My film partner Johnny Symons and I have been working on Out Run, a documentary about the only LGBT political party in the world fighting to elect a transgender woman to the Philippine Congress. Needless to say, when we saw the coveted email in our inboxes inviting our project for Open Call co-production funding, we were beside ourselves. The first order of business after receiving the fantastic news? Attending ITVS Orientation.

For four days, producers and directors from the eight funded projects selected from the latest Open Call round gathered at ITVS for non-stop presentations and meetings. We get a crash course on working with ITVS and the public television system, meet the hard-working staff members whom we will collaborate with through the completion and broadcast of our programs, and bond with our fellow filmmakers. It has been several years since I went through this process with my previous film, A Village Called Versailles, and I am very curious to learn how the process has evolved. 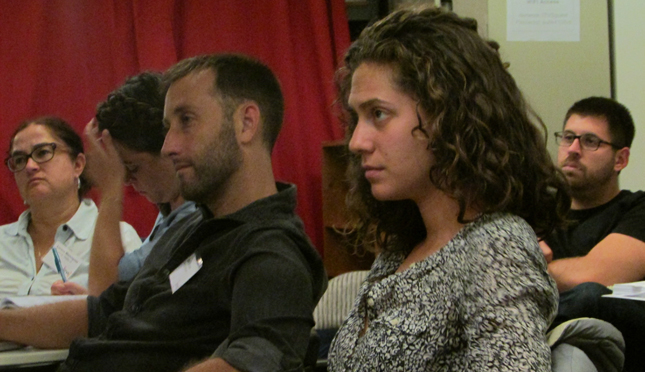 Orientation kicks off on a Monday night with my favorite event – the works-in-progress screening. Each producing team presents a five minute excerpt from their project, followed by a short Q&A. I am excited by the quality and diversity of the funded projects, ranging from a historical documentary about a Mexican muralist to an observational film about a veteran coping with PTSD through farming. I am also incredibly impressed by the filmmakers’ knowledge and passion as they speak eloquently about their work. We are off to a good start.

Day Two is the marathon day, which begins in the morning with a presentation on the half-century history of public media, and moves into sessions on the do’s and don’ts of producing for public television, the legal and logistical details involved in partnering with ITVS, and an introduction to the potential broadcast outlets for our soon-to-be completed programs. What does an ideal publicity photo look like? How is revenue sharing calculated for ancillary income? The information is dense and, at times, overwhelming, but it also feels very useful and necessary. I believe in the role of an independent mediamaker as a creative entrepreneur, which means embracing the business as well as the artistic sides of the work. So bring it on! Is

Orientation starting to sound like all work and no fun? Let’s return to the impromptu dance party on the morning of Day Three, shall we? The party celebrates the birthday of an ITVS staff member and we, the producers, get to partake. I would worry more about the speedy consumption of the Krispy Kreme donuts if we were not all working them off dancing to an '80s mix (complete with glow sticks). We get all warmed up for our sessions on financial reporting, marketing, and publicity later that morning, followed by the individual meetings with various ITVS department heads in the afternoon. The day ends with a rowdy group dinner at a local brewpub, where we shot pool, smacked foosballs, and downed pints. ITVS-funded projects may have a reputation for tackling serious social issues, but no one can ever accuse the producers and ITVS staff of not knowing how to have a good time. 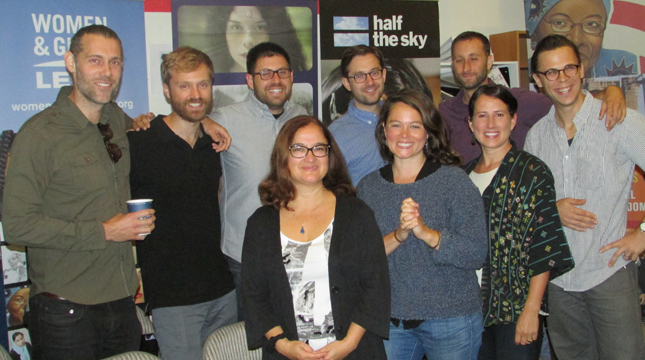 The session wraps with the remaining individual meetings on Day Four. The producers all moved much closer to signing their co-production agreements before saying our goodbyes and parting ways. It does feel like the end of a documentary summer camp, but now we get to follow each other’s projects as they evolve into the complex, nuanced, often entertaining, and always thoughtful films that ITVS has been known to support. As our production team moves ahead with Out Run, Johnny and I know that many challenges remain even with the ITVS co-production funding, but I feel more confident knowing that our friends at ITVS now have our backs, and I look forward to the work and fun I will continue to share with them in the months to come.

Congratulations to the filmmakers and stay tuned for more on these fantastic films!