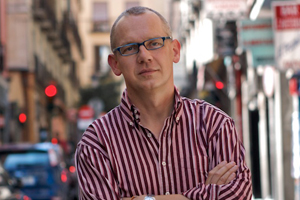 With fewer than five days to go before the International Call deadline, (December 10, 2010!), BTB is highlighting past recipients. This week, we turn to Koen Suidgeest and his film Karla’s Arrival, which explores the subculture of second-generation street kids in Managua, Nicaragua. The documentary tells the story through the experience of a 19-year-old mother raising her child on the same streets she grew up on. For those interested in applying for International call, take a look at the application and join the Facebook group to keep up with developments. Plus, replay our recent live chat on the funding process, hosted on BTB by ITVS’s Senior Programming Manager Cynthia Kane.

How did you get involved with this film?
Koen Suidgeest: I was in Guatemala for the first time in 2003 to do research for another project that also involved street children (but never got made). I was taken around by an NGO who was helping me and I realized when I was meeting groups of children — living in empty plots of land and abandoned buildings — that there were a lot of pregnant girls.

I also realized that those girls were planning to raise their children right there and then. And I thought that was really shocking.  By then I was a father of one daughter (we now have two daughters) and ever since I became a parent, I have become much more sensitive to issues about children. I started researching to see if there was anything about second-generation street children and I couldn’t find anything. I realized in all the research about street children — there are thousands of studies, books, and films — there was no distinction between the generations of people that arrive on the street from a family versus the generation that is born into that environment. It was fairly easy to come to the conclusion that the issues related to the second generation and the struggles they face must be entirely different from the first generation.

Your main character is a 19-year-old woman trying to cope with addiction, motherhood, and adulthood all at once. How did you maintain a relationship as both a friend and filmmaker? 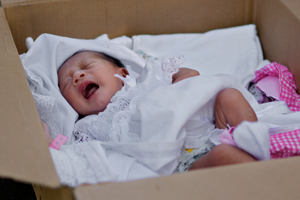 You know, Sujeylin is a person with whom it’s fairly easy to be friends, especially for me somehow. Although I don’t really know why because she’s a very tough young lady and not always easygoing. She understood perfectly the boundaries of our relationship. I realized I was going to be challenged by a need to want to help her and in helping her, destroying the idea of the film.

That’s a very difficult situation to be in. But she understood this issue when we spoke about it. But Sujeylin knew that she would always be better off when we were around. Life was a little bit more interesting during the shooting periods. She could catch a ride with us and not have to worry about eating that day, because she would eat when we ate. But most important, was that she was really eager to tell her own story to others. On a personal level, I think I was so alien to her world that she couldn’t help but somehow respect our relationship, in the same way that I had to respect hers. I think she has no idea how much respect I have for her.  That’s probably hard to gauge, but this is definitely a two-way street.

How did ITVS International support you in making the film? They helped me on many levels. I was tremendously excited about ITVS’s involvement. Not only when it became clear that we were selected, but also the whole way it’s been working so far. My relationship with the staff is very strong and they’ve helped us tremendously. ITVS opens a lot of doors and adds clout to your documentary. It’s like a really good quality stamp you can stick on your film. I already feel that just because of ITVS’s involvement, we’re being taken more seriously or operating on some level I couldn’t dream of being on.

What advice do you have for international producers who are applying? Keep going. If you really believe in an idea then go for it. Your idea will mature and grow stronger, and when it’s stronger you will be more successful on the international market. I really saw this happen with my film because every major step we took, one or two more funders hopped on the train as well.