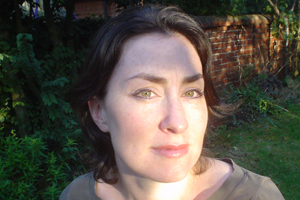 With the International Call deadline less than a month away (December 10, 2010!), BTB is highlighting past recipients of funding through that initiative. This week, we turn to Producer Rachel Wexler who teamed up with Director Geoffrey Smith on his Emmy Award-winning documentary The English Surgeon. Wexler is also attached to the ITVS-funded film My Perestroika, which is currently in production.

Beyond the Box: First off, congratulations on the Emmy!
Rachel Wexler: Thank you very much. Unfortunately I couldn’t be in New York for the ceremony as I was not well enough to travel. I was very disappointed not to be there, but you’ve got to be fit if you’re going to make that transatlantic journey. The director, Geoffrey Smith, called me at about 2 AM with the news and I was so excited I was unable to go back to sleep!

BTB: How do you define the role of a producer?
RW: We work very closely with the director to enable their vision. Usually it’s about finding the money and pushing all kinds of key people in place with them to enable the director to make the film. It’s also about coming up with strategies and employing those strategies in order to fund, produce, create, and distribute a film to the best of your abilities. You have to realize the potential of your story too.

BTB: How has ITVS International supported your films?
RW: I’ve made three films with ITVS, and they have been integral to each one of them. I can categorically say they were the most important partner. They gave us the money to complete the film. Also, one of the most amazing things about working with ITVS is the huge amount of confidence they give you. The very fact that they’ve chosen you gives you a huge amount of confidence to make the best, biggest, internationally broad film and bring it to a large audience. Being able to translate that vision onto the TV screen in America, which as we know is fiercely competitive, is also so important. The beauty of ITVS is that they nurture and support you but don’t try to change what you’re doing. That’s the best kind of support you can have. Very few financial partners of any kind in the world for documentaries allow you to do that.

BTB: Your upcoming film My Perestroika is heading to P.O.V. next year. Tell us a little about the project and how you got involved.
RW: Robin Hessman is the director and driving force behind this project. I co-produced with her. She had already developed the film and come up with the premise and the idea when met in 2006. We decided to work together, she was looking for a European partner, and it seemed like the right thing to do. My Perestroika is a contemporary history film, with no experts, about the last generation of Russians growing up under the iron curtain and the huge shift that they’ve gone through in their lifetime. It’s told through a couple who work as history teachers, and by their friends. What makes the story incredibly compelling is the use of home movies and official state archives. It really is masterful and I give all that credit to Robin.

BTB: This year’s deadline for ITVS International has been moved to December 10, 2010. What advice do you have for international filmmakers who are applying?
RW: For me personally, the biggest thing people should do is stand back, look at their proposal and say: ‘Would ITVS go for this?’ People get very absorbed in their projects and you have to be tough on yourself. There are a lot of people who want to make films about subjects but not many really great stories out there. The most compelling films are about great stories and great characters. So challenge you yourself because if it’s a subject and not a story it’s not really a film but a magazine article. Ask yourself, “Why does it have to be a film?”