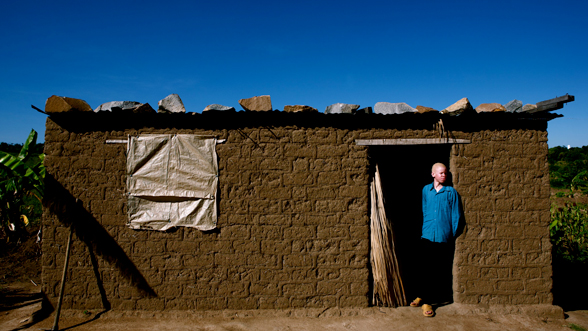 In the Shadow of the Sun by filmmakers Harry Freeland and Brian Hill are among the eight international projects slated to receive ITVS funding.

ITVS announced that it has contracted with eight international documentary projects from its 2011 International Call as part of the Global Perspective Project. This year’s selections provide extraordinary access and insight into the daily lives and struggles of people who live in Uruguay, Iran, China, Zimbabwe, Tanzania, Myanmar, and India. The productions were selected through a competitive application process, which resulted in 476 submissions from 118 countries representing 72 languages. All eight documentary projects are slated for eventual broadcast, including primetime slots on the Emmy® Award-winning PBS series Independent Lens, P.O.V., and the international series, Global Voices.

Check out the complete list of funded projects after the jump >>

After retiring as a professional dancer, Julio Bocca, one of the most famous ballet dancers on the international scene, accepts the challenge to direct a forgotten national ballet in an unfinished theatre in Uruguay. Avant explores the contrast between Bocca´s quest for excellence and the daily life of this company, set in changing scenery that frames the lives of dancers, workers, cleaners, and technicians.

Before the Revolution, the untold tale of the Israeli community in Iran prior to the Islamic Revolution in 1979, is a suspense story about courage and hastiness, about greed and blindness, and about great dreams versus an impossible reality. And for one young Israeli family — the director of the film’s family — the last days in Tehran are also a private and hurtful story of a long-gone paradise, never to return.

Democrats is a film about the creation of a new constitution in Zimbabwe. The film follows two top politicians who have been appointed to lead the country through the reform process. The two men are political opponents, but united in the ambition to make history by giving the nation a new founding document that could give birth to a future Zimbabwe.

Fallen City follows the survivors of the 2008 Sichuan earthquake as they embark on a journey in search of hope, meaning, and identity. Zeroing in on three broken families, the film explores the hearts and minds of ordinary rural Chinese forced to restore their lives and the meaning of life in a world without their home and loved ones. A devoted father, a divorced older woman, and a runaway teenage boy — each on their own journey — become a collective image, struggling to find a new position in a new China torn between tradition and modernity.

In The Shadow Of The Sun
Producer: Brian Hill
Director: Harry Freeland

Told over the course of four years, In The Shadow Of The Sun tells the intimate story of two very different members of a remote island’s albino community in Tanzania as a wave of brutal ritual killings targeting people with albinism sweeps their country. First there is Vedastus, a warmhearted teenage boy who cares for his terminally ill mother while struggling to find his own place in the world and a way back to school. Then there is Josephat, a strong willed advocate for people with albinism, who fights to unite his country and dreams of scaling the heights of Mount Kilimanjaro. As the killings escalate, Vedastus flees the island in search of safety while Josephat stands and faces the killings head on.

The complexity of happiness is at the center of this story about Ryuichi, the owner of a professional stand-in company that rents out fake family members and friends. At work he can finally be the perfect husband and father that he doesn’t know how to be at home.

The poorest nation in South East Asia, Myanmar has been ruled by a series of military dictatorships for many years. This documentary provides a rare opportunity to go behind the bamboo curtain and explore the lives of ordinary people living in this country through an intimate portrait of Myanmar’s first all-girl band The Tiger Girls.

When Hari Got Married
Producers/Directors: Ritu Sarin and Tenzing Sonam

Hari, a young, but traditional taxi driver in Dharamsala, India, is getting married to a girl he has never met, but with whom he has fallen in love after many mobile phone conversations. Now, frantic preparations are afoot to make sure the wedding goes off without a hitch. Outspoken, opinionated, and funny, Hari grapples with nerves, heartburn, and mounting tension as the day of reckoning draws close. The 2012 ITVS International Call Deadline is December 9, 2011.