Another Television Critics Association Winter Press Tour has come and gone, with ITVS programs taking up a significant portion of the PBS lineup! With panels for Independent Lens (featuring The Powerbroker: Whitney Young’s Fight for Civil Rights and The House I Live In), Kind Hearted Woman (a FRONTLINE and Independent Lens co-presentation), and Women and Girls Lead partner MAKERS: Women Who Make America, the spring lineup for PBS promises to  be chock full culturally diverse programming. 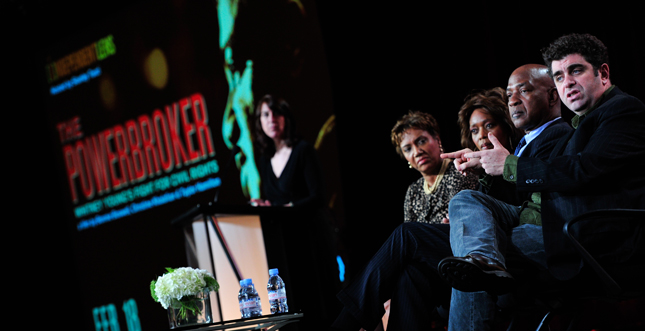 PBS concluded the TCA Winter Press Tour at Pasadena’s Langham Hotel as it unveiled the upcoming spring lineup for the critics. On Tuesday, Independent Lens and FRONTLINE kicked off Day 2 of press tour with an emotional panel previewing Kind Hearted Woman, filmmaker David Sutherland’s documentary following Robin Charboneau, an Oglala Sioux woman in North Dakota, as she struggles between saving her family and risking it all to help her Indian community and abused women.

The panel consisted of filmmaker David Sutherland, Independent Lens senior series producer Lois Vossen, FRONTLINE’s deputy executive producer Raney Aronson-Rath, and featured subject Robin Charboneau, who left many of the critics misty eyed when explaining how the film (and filmmaker Sutherland) gave her a voice. The two-part documentary premieres April 1 and 2 on PBS. 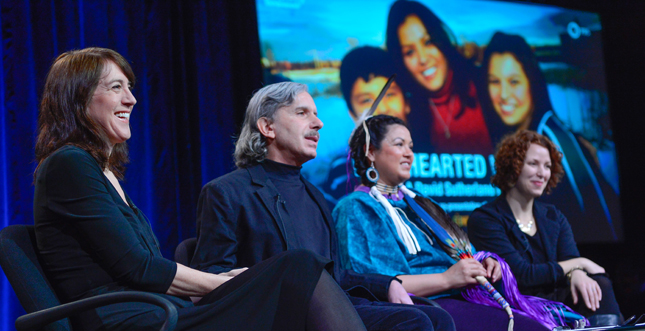 Robin Charboneau said the following about filmmaker David Sutherland: "I found my voice. I found my spirit. It's alive. And I give it all to everyone wherever I go. He listened to a little girl when nobody else would listen to a woman. That's what David did."

Watch Young Took the Struggle from the Streets to Boardroom on PBS. See more from Independent Lens.

The panel provided an in-depth look at these phenomenal programs, examining two very different struggles faced by the American middle class and, more specifically, how African Americans have fought to be a part of it. Says Vossen of the Independent Lens upcoming season, "We’re especially pleased to welcome larger audiences this season, with an extraordinary slate of films that includes many of the most critically acclaimed and award-winning documentaries of the past year." The Powerbroker: Whitney Young’s Fight for Civil Rights premieres Monday, February 18, and The House I Live In premieres Monday, April 8.

Lastly, ITVS was proud to support their Women and Girls Lead partner’s panel MAKERS: Women Who Make America. MAKERS is the first major media project to reveal the dramatic story of how women transformed America, told from the perspectives of courageous groundbreakers who continue to shape the world today. The three-part series on the women’s movement will air on PBS in the fall of 2013. Panelists included Gloria Steinem, Marlo Thomas, Barbara Burns (one of the first female coal miners), Aileen Hernandez (National Organization for Women), Betsy West (executive producer), Barak Goodman (filmmaker), and Dyllan McGee (executive producer).

All photos are credited to Rahoul Ghose/PBS