Jeffrey Palmer’s first foray into feature-length documentary filmmaking, Words from a Bear, is a significant undertaking. Palmer chooses to look at the life and work of the only Native American to win the Pulitzer Prize, Kiowa writer and painter N. Scott Momaday.

It’s no surprise if you know Palmer’s background. He too is Kiowa, so of course, a fellow Kiowa citizen and filmmaker would want to make this very necessary and overdue film about a Kiowa artist of substantial accomplishments. Also, it makes a difference that not only an Indigenous filmmaker take on this subject, but specifically a Kiowa filmmaker. This sentiment can be lost on Anglo directors, producers (and viewers) but wasn’t lost on me.

Words from a Bear [PBS American Masters] clocks in at 1:25 but could easily go longer. It looks at slices of Momaday’s life and intersplices bits of Kiowa history and culture. A whole documentary could arguably be done on the history and influences of the book House Made of Dawn alone, the book that put Momaday on the literary map. There is also the story of how House Made of Dawn plays such a big part of the first Native American literary renaissance and the fact that Momaday is a painter. There’s just a lot to cover when it comes to Momaday.

I spoke with Jeffrey over the phone, about the film festival trail, on working with his father -- Kiowa linguist Gus Palmer, about his experience of working with N. Scott Momaday, and on how he shot those cool-looking recreations in the film, among other things.

Jason Asenap: How’s the film festival trail been treating you?

Jeffrey Palmer: It’s been good, I’m tired now you know? I’m at the end of the road with it as far as going to anything. I’m going to New York Monday and then I’m going to ImagineNATIVE [Indigenous film festival in Toronto]. Those are probably the last two I’m going to. I’ve wanted ImagineNATIVE for a while now so that one is going to be special.

I’ve been to it before. I love that place.

I’ve never been to it before! We did Hot Docs in Toronto in May and I thought in the back of my mind that might take away the opportunity to do it there but they were pretty pumped up about it. They’ve got me in the TIFF Bell Lightbox [theater in Toronto]. I saw Hot Docs in that room and it’s a pretty spectacular theater with sound and image quality. I’m excited about it.

What’s N. Scott Momaday’s response been to this whole endeavor?

It’s been good. It’s probably been more overwhelming to him than he originally thought. Most of the time people are asking him to come out. They ask him more than me. A lot of these film festivals will get a hold of him. For Momaday he’s in a wheelchair and it’s hard to travel. He’s made quite a few-the ones that are happening in New Mexico and especially in Santa Fe.

His response has been pretty positive. I haven’t talked to him in a few months, the last time I talked to him I tried to get him to come here because Cornell is doing a special screening of it this coming week and Momaday is going to be in Buffalo NY, but we couldn’t organize it. But yeah, he’s doing his thing. 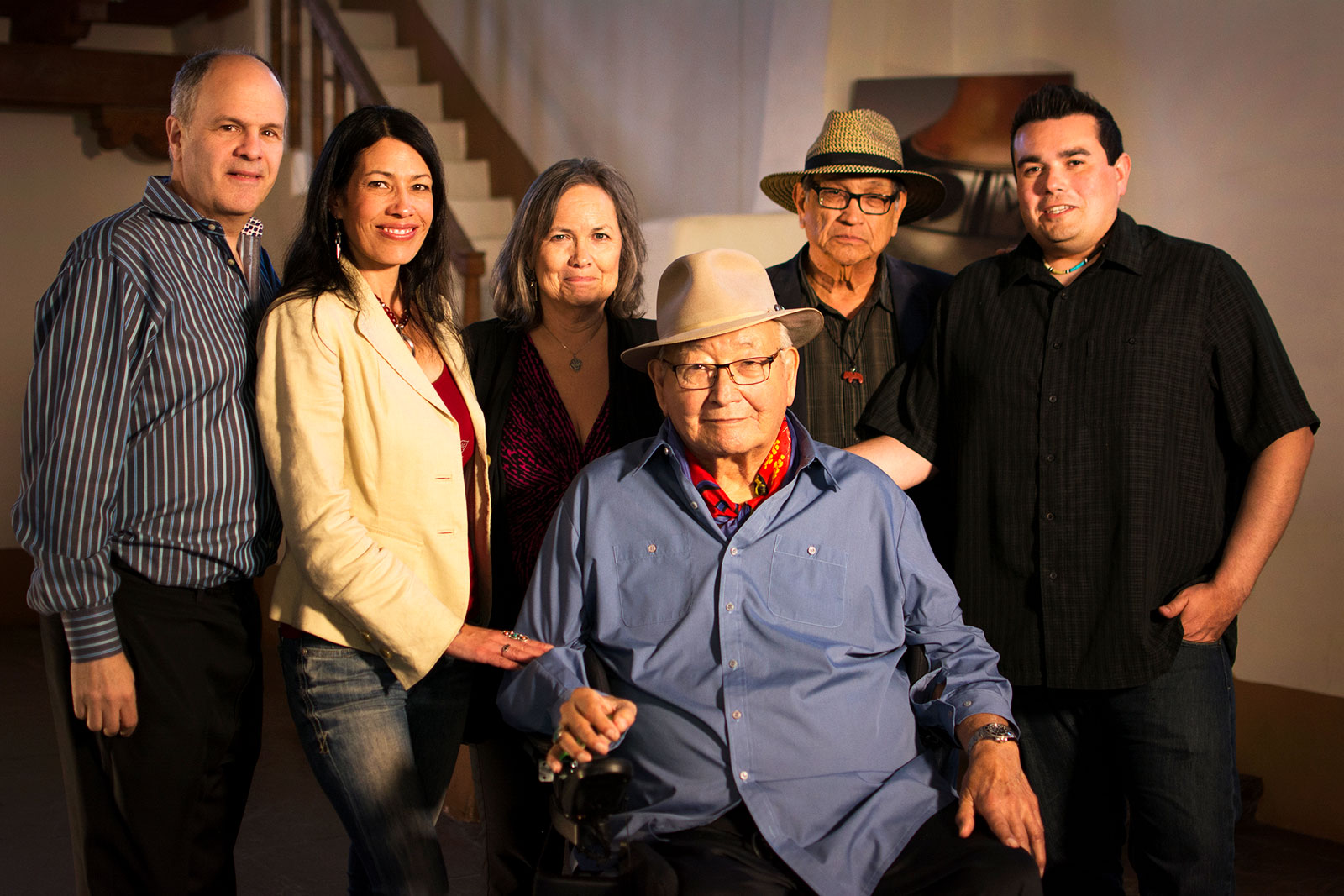 Your father, a Kiowa linguist and an author himself, is prominently included in this film. Can you talk about Gus’s involvement?

Yeah totally! So, dad was -- I’ll call him dad [laughter] -- it’s like a unique moment where the executive producer Michael Cantor, told me after the first shoot, “Wow I wish I could have worked on a project with my dad, we wouldn’t have lasted ten seconds in a room.”

I thought it was a unique opportunity to get him involved. I mean my dad’s in his mid-'70’s now and how many more times will we get to do things like this? I took the opportunity at first to utilize his expertise as a consultant, but as I started going down the road with him with this, I realized that he and Scott, because they’re contemporaries, could have better conversations than I could.

They could talk about things in a way that I would have probably had more trouble getting him to open up [about].

Your film looks so great. Can you talk a little about how you shot it (what you used technically), and how you shot the recreation sequences? And how you styled those animated parts?

We used several cameras for the shoot. The main camera we shot with was the Canon C300 with Atomos recorders. We also used DJI cameras on the drones. For the interior recreation sequences, we utilized the Sony A7SII for low light capability. A lot of natural light was used for the interiors. For the exteriors, we used the DJI drone cameras and the DJI Osmo for steady gimble shots.

We had two strategies for the animation sequences. We wanted the first group of animations to work fluidly with live-action images of landscapes, almost a CGI effect. [Animator] Molly Schwartz worked tirelessly to match the drone movements and camera movements perfectly.

The second group of animations was a combination of stop motion cutouts and after effects digital animations that were created by experimental animator Kelly Gallagher. These animations had a children's book feel to them.

What do you have coming up next?

Jason Asenap is a Comanche and Muscogee Creek writer and director (and an occasional actor) based in Albuquerque NM. He holds an MFA in Screenwriting from the Institute of American Indian Arts. His films have screened around the United States and internationally, most recently in Canada, Finland and New Zealand. In addition to film, Asenap contributes thoughtful journalism, writing primarily about Indigenous contributions to film, art, and culture. You can find his writing in High Country News, First American Art magazine, and Indian Country Today. Asenap was born and raised in Oklahoma and spent significant time in north Texas. He calls the southern plains and the high desert of New Mexico home and it heavily influences his aesthetic.