ITVS’s Annisa Kau sat down with Margrét Jónasdóttir (producer) to talk about the documentary Last Days of the Arctic, which premieres Sunday, June 10 on Global Voices on the WORLD Channel (check listings).

Ragnar Alexsson, a.k.a. RAX, is among the most celebrated photographers in the world. His series Faces of the North are a living document of the dying cultures of the far northern reaches of the planet. A celebration of the photographer and his subjects, Last Days of the Arctic is an elegy for a disappearing landscape and the people who inhabit it.

Can you tell us about your background and what led you to this project? Magnus Vidar Sigurdsson, the director of the film, and I have worked together for fifteen years producing documentaries and other programming for television. We have mostly been working on subjects that have historical meaning here in Iceland, stories that are archive driven but still have international appeal.

We have done stories like the Cod Wars, a fishing dispute that took place in Icelandic waters between the Icelandic Coast Guard and the British Royal Navy in 1952 to 1976 and a series on the volcano eruption in Heimaey, Iceland in 1973, when 5,000 inhabitants had to evacuate the island in the middle of the night. We have also done some films like Wild Seas of Iceland, which focused on the struggle of the fisherman in the North Atlantic. 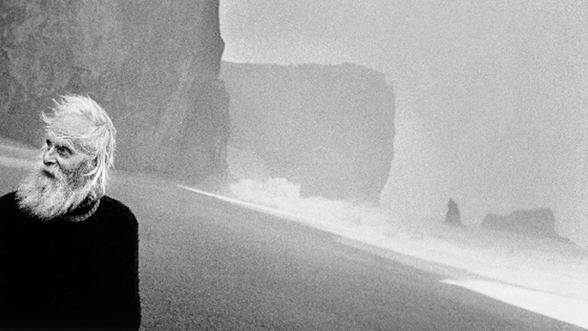 We, like most Icelanders, knew of RAX's photographs, because they stand out in the newspaper he works for and they always capture your attention. Magnus Vidar had been hiking with RAX's publisher and came back telling me about a book RAX was working on, celebrating the lifestyle of the Inuit hunters in Greenland. We thought that his work in Greenland was very interesting, so we set up a meeting to explore the possibility of doing a documentary on just that. After the meeting we were determined to do a film about this unbelievable adventurer. We were amazed at the documentary photographic archive he had been working on for over thirty years, which covered both Iceland and Greenland. And thus, the project began.

The film follows RAX's very personal journey and his relationship with his photography and his subjects. What is your relationship with RAX that allows you to capture him in such an intimate light and how is this film similar and different from RAX's award winning book Faces of the North? When we started working on the storyline for the film, it was clear to us that RAX had a very intimate relationship with his subjects. The way he spoke about people, the respect he showed those that he had met and photographed through the years, was something that we were very touched by. I had already been in daily contact with RAX for a year and a half before we started filming and we got along very well, he is such a great person. Magnus Vidar, on the other hand, did not know him personally when we started filming, but they also got on really well right from the start. 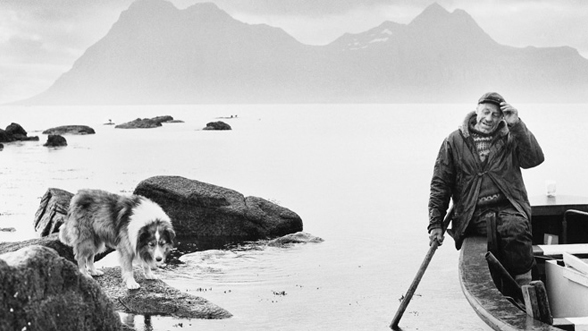 Our biggest worry was that we would not be able to match his amazing eye in our filming. But traveling together and the friendship we built while we were working on the film helped us get closer to him. We shot on two cameras, one was always a close up of the scenes, seeing the angle RAX was looking for, the other one was a wide shot to see the scale of things and to catch him with his subjects in the landscape where he likes to photograph. We were watching him work, trying not to interrupt, so in that sense we were using similar methods. We closed in on him slowly, just like he does with his subjects. We wanted to give the feeling that we were filming something that was going on in his head as he was taking his photographs. So we really wanted to catch him working, close up, but to show the land, the sky, and all the surroundings that he loves.

Are there any insights from an Icelandic and North Atlantic perspective you can share with the audience that will help us further understand and appreciate the culture and delicate landscape captured in this film?  The film's scenario is set in landscape where nature has the power. It is a strange feeling standing next to an erupting volcano, or next to an iceberg that is as large as a block of houses and you can hear it crack and wanting to move. Even for an Icelander it can be really overwhelming. I think sometimes in cities, people can detach themselves from nature and start to think that humans can control a lot of things. But RAX's photographs show what the people of the North are really up against. Nature is so alive here and cannot be controlled. We are really seeing fascinating movements and land being formed and ice melting, but we also see a lifestyle that has been dependent on tradition for thousands of years being very affected by it.  Even more so in Greenland than in Iceland. 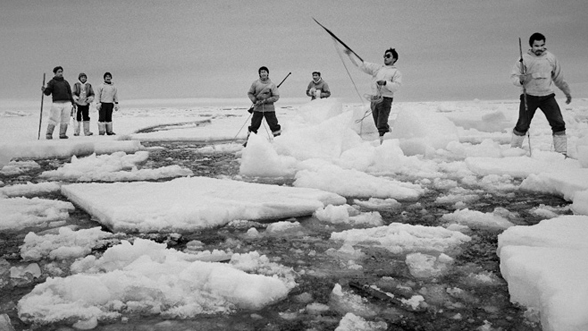 I had the experience of having to cater for my crew as well as being out on the ice filming while we were in Greenland, and it really made me wonder what does one eat when supplies run out in the only store and the weather forbids the one tiny aircraft that comes in weekly to land? It really makes me understand how important hunting is to them. Not only to their heritage, their pride, and tradition, but also for their own survival.

What do you hope viewers takeaway after watching?  We really wanted the viewer to be left with respect for the people RAX has been photographing and to respect how they have managed to live in harmony with nature in the North. We do really think that is something unique. We also want them to see what a treasure it is, the resilient people that RAX brings to us with his beautiful and strong photographs. I am still amazed at how he has held on to his passion of documenting the vanishing lifestyles in the North and how important it is to him that the viewer not only understands his art, but also the very person he is portraying. We wanted the viewer to be left with a sense of how global warming really is affecting those in the North. 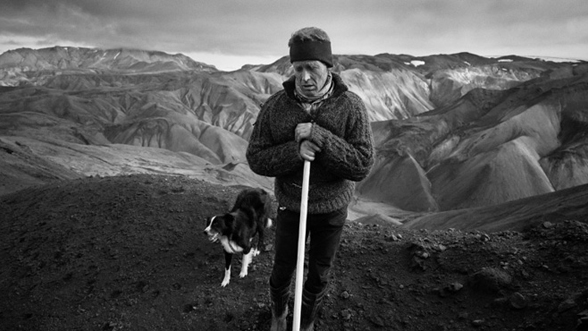 Please share one piece of filmmaking advice you’ve received along the way that‘s been particularly memorable and useful. The only thing from this film is to expect the unexpected and to stick to the difficult choices made whilst filming. As we were waiting out on the Arctic Ice with the hunters in Scoresbysund, waiting for a seal and hoping to be able to film polar bears that had been roaming around the village shortly before we arrived, we got a phone call. The Eyjafjallajokull volcano was really at it and it looked as if the ash was going to head our way, closing off all flights to and from Greenland. So we had to make the difficult, but yet, unbelievable decision. Are we staying to film a polar bear or are we hitchhiking the next airplane back to Iceland in order to move production to the active volcano. We voted for the volcano, which was very healthy for our filming budget, but perhaps not for our endless need for adrenaline. The day after we left Greenland, three polar bears were seen up close on the ice where we had put the tents up a few days earlier.

Last Days of the Arctic will premiere as part of the Global Voices series on the WORLD Channel, Sunday, June 10 at 10 p.m. (check local listings). Starting June 11 the documentary will be available to view in its entirety online via PBS Video (for a limited time only).