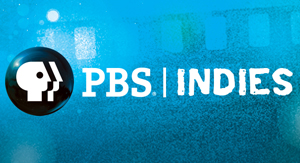 As more and more Independent Lens films become available on iTunes we wanted to share with viewers how those projects are performing online. Indies Lab Director Davin Hutchins, pulls back the curtain on the successes behind the documentary Art & Copy.

One of the more notable documentaries in our stable of IndiesLab films is Art & Copy, which recently aired on Independent Lens on October 26. In case you haven’t seen it, the film pays homage to the groundbreaking advertising campaigns of the 60’s and 70’s in an aesthetically-pleasing walk down memory lane — in this case, Madison Avenue. 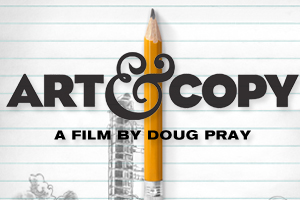 Art & Copy emerged on the scene in January 2009 at the Sundance Film Festival to generally positive reviews from critics and strong word-of-mouth buzz. The film made its way online onto iTunes in May 2010. Since its launch, we’ve spotted a couple of interesting patterns in this film’s career on iTunes that you might want to consider when plotting out your online digital distribution strategy. In an interview with IndiesLab and Beyond the Box, director Doug Pray said that he had no idea about the online possibilities for his film.  “My attitude [toward digital distribution] was much more conservative and wary. One year ago, I would have been cautious and said, ‘Oh know we’re going to cannibalize this other thing over here.’ Now, I’m just sitting back and going ‘wow.’ …The old school rules aren’t flying so much.”

By the time the film appeared on iTunes in May 2010, its reputation as an elegant film worth watching definitely preceded it. Art & Copy began selling straight out of the gate with brisk sales — between 150 and 250 purchases or rentals per week. The film was consistently in the top five of our entire PBS Indies library for months; sales hardly dropped off. Why? Well we noticed that the iTunes user interface seems to have a built-in “virtuous cycle” which helps best-sellers keep on selling. In iTunes, films or songs that sell well tend to float to the top. For example, our PBS Indies iTunes page ranks our top-selling films first by default. Because of strong initial sales, Art & Copy always appeared as one of the top five thumbnails. This high placement, in turn, encouraged more sales. Eventually, Art & Copy appeared a few times in the Top Charts column.

So it behooves any filmmaker with plans to put their film on iTunes to concentrate any promotional, Twitter and Facebook power they have to the film’s landing page. (You can find it by clicking on the Rent Movie bar and scrolling down to Get Link.)  Filmmakers should encourage sales, reviews and ratings from their devoted community in the first week or two of the film’s debut. It also didn’t hurt that Netflix CEO Reed Hastings actually chose Art & Copy as his demo film to showcase searching on the iPhone Netflix app at the Apple Worldwide Developers Conference in May as well.

Soon after its iTunes debut, the PBS team figured that Art & Copy shared some of the same glam-ad nostalgia that has made AMC’s Mad Men such a nationwide obsession. So we sold iTunes on a limited promotional discount for Art & Copy to celebrate the Mad Men’s 2010 season premiere. Art & Copy began rotating in the main iTunes documentary carousel thanks to consistently strong sales. Lowering the price temporarily had a pronounced effect. Sales of Art & Copy nearly quadrupled for the duration of the promotion and were elevated for few weeks afterward. So, strategic discounting in narrow windows may also be helpful in stimulating a film’s sales. So bottom line: if you want a long-tail in sales on iTunes as a documentary filmmaker, do everything you can to create a large head during your first few weeks in debut.