We deeply regret to announce the death of Robert West, who passed away peacefully in his home Thursday morning. 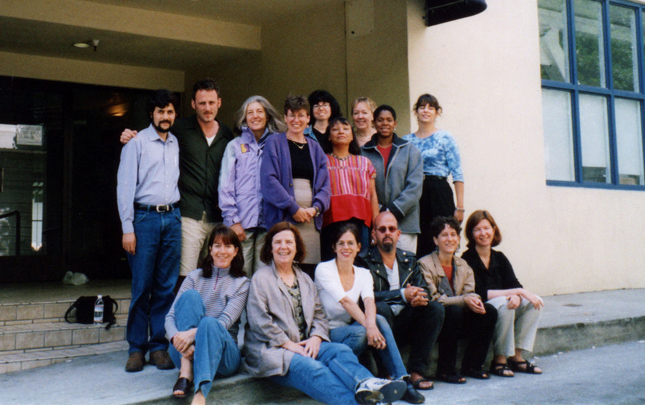 Robert has been part of the ITVS family since the late 1990’s, when he worked as an Outreach Coordinator for the later-branded Community Cinema program. During the years that Robert was a part of the ITVS enterprise, he brought a level of commitment and sophistication to the art of community engagement – or as he later dubbed it “reel engagement.” Those of us who had the great pleasure of working with Robert during those years saw firsthand his deep commitment to supporting social issue documentaries and connecting people and organizations in a way that resulted in creating real change. Although he moved on to co-found his own organization, Working Films, Robert always remained involved in the ITVS mission, often assisting staff and filmmakers on various projects over the years.

Robert has been a visionary and a leader in the intersections of media and public engagement. Last fall, he was diagnosed with Glioblastoma Multiforme (GBM), an aggressive and terminal brain cancer. We at ITVS and Independent Lens, along with countless colleagues who have been beneficiaries of his work, were devastated by the news. Not surprisingly, in the months since then, Robert earned our even deeper admiration for the dignity, humor, and grit he has shown. Someone wise once wrote, “A vision without a task is but a dream. A task without a dream is drudgery. But dreams and tasks together are the hope of the world.” Robert epitomized “the hope of the world” through his courage, his actions, and his contributions – back in the day at ITVS, Working Films, and with all the films and filmmakers he has helped.