ITVS Community Classroom announces the launch of an exciting new resource for teachers, NGOs and youth serving organizations, based on Pushing the Elephant, which aired last week on Independent Lens. 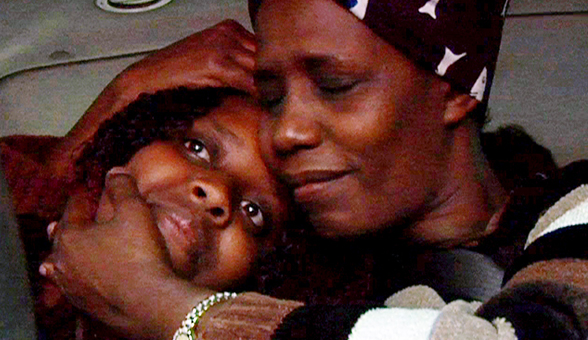 This powerful family portrait is set against the wider drama of war in the Democratic Republic of Congo. When civil war came to Rose Mapendo’s Congolese village, she was separated from her five-year-old daughter, Nangabire. Rose managed to escape with nine of her 10 children and was eventually resettled in Phoenix, AZ. More than a decade later, mother and daughter are reunited in the U.S. where they must come to terms with the past and build a new future.

We have produced two lesson plans with accompanying film modules that explore the long-term and often hidden effects of war on women and families — financial despair, increased susceptibility to rape, and social ostracism. They also ask students to consider what it means to become an active advocate for a peaceful and hopeful solution to conflict. Lessons are directed toward high school and college students. Subject areas: Current Events, Geography, Global Studies, Government, Political Science, Social Studies, Sociology, Women’s Studies, and World History.

Find more about the lesson plans and Community Classroom here.