In collaboration with PBS, Independent Television Service (ITVS) is proud to announce a new strategy to increase the reach and visibility of Independent Lens on PBS member stations. The strategy will draw on strategic scheduling, digital content and distribution, social media and marketing to shine an even brighter spotlight on this important mission-focused content.

“We are very happy that the important work of independent filmmakers will continue to have a prominent place in PBS’ broadcast schedule, and that PBS is also bolstering the visibility of these films through this new multiplatform strategy,” said Sally Jo Fifer, President and CEO of ITVS, which produces Independent Lens.

The announcement of the multi-platform strategy follows a several-month, multi-city listening tour during which leaders from PBS, ITVS, POV and WNET held town hall-style meetings with members of the independent film community to discuss how best to present ITVS’ Independent Lens and POV on PBS and ensure that the series reach the widest possible audience.

“PBS and our local stations are the home for independent film, presenting a variety of viewpoints and perspectives on important issues, which are fundamental elements of public media’s mission. After months of constructive discussion with the independent film community, we are pleased to present a new strategy that we believe will better support this important work and help us reach the younger, diverse audiences who are among the most passionate fans of indies,” said Beth Hoppe, Chief Programming Executive and General Manager, General Audience Programming for PBS.

To support all Independent Lens and POV films during the 2015-2016 broadcast season, PBS will launch a coordinated, targeted outreach effort across its major social media channels to connect with independent film fans, allow for conversation about the issues highlighted in these films and promote independent films in the pipeline. PBS also plans to create additional promotional tools for its member stations to help them reach independent film fans in their own markets. Building on the primetime broadcasts of independent film, PBS will maximize its growing digital platforms to distribute and promote independent film content. The Webby Award-nominated PBS Online Film Festival will return for a fourth year June 15-July 17, 2015, and will feature more than 20 short-form independent films from POV and a broad spectrum of public media stations and partners, including the Center for Asian American Media (CAAM), Latino Public Broadcasting (LPB), National Black Programming Consortium, National Black Programming Consortium (NBPC) Pacific Islanders in Communications (PIC), Wisconsin Media Lab and Vision Maker Media.

PBS is also re-launching its independent film website, pbs.org/indiefilms, which will serve as both an archive of all feature-length and short-form independent film streaming on PBS.org and a platform to preview upcoming films that will broadcast on PBS. PBS has also created “Indie Film” playlists on its over-the-top (OTT) channels, including those on Apple TV and FireTV, so that users of these platforms can more easily find and enjoy independent film content. PBS and its distribution arm, PBS Distribution, also plan to support several theatrical releases of independent films. In fall 2015, PBS Distribution will bring the Independent Lens film The Black Panthers: Vanguard of the Revolution to movie screens across the country. The theatrical distribution, when combined with its broadcast on PBS stations, VOD and home entertainment distribution, will enable this critically acclaimed documentary by renowned filmmaker Stanley Nelson to reach a broad and diverse audience. 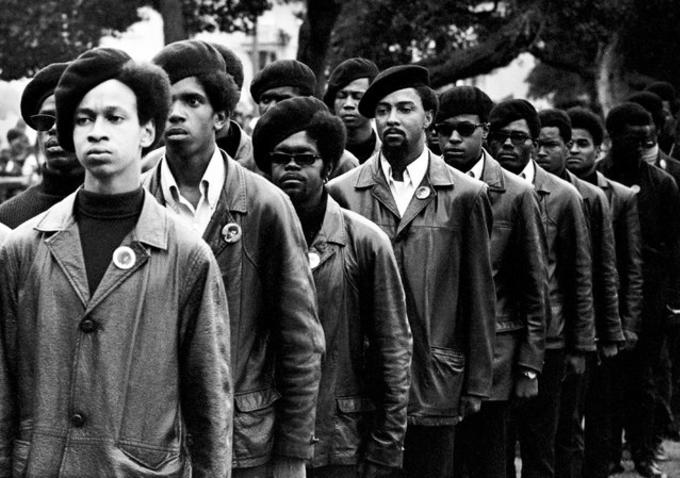 Independent Lens film The Black Panthers: Vanguard of the Revolution

In addition, PBS Distribution has entered into a licensing agreement with Indieflix, a subscription-based streaming service for independent film. Starting in May 2015, more than 85 PBS films will be available to Indieflix’s growing subscriber base. Among the titles included in this agreement are Soul Food Junkies, Art & Copy and Spies of Mississippi, all from Independent Lens. PBS LearningMedia, a free media on-demand service from PBS and WGBH used by 1.6 million educators and reaching 30 million students, frequently offers independent film content to K-12 classrooms as an instructional tool. As part of the new strategy to support independent film, PBS, ITVS, POV and WNET will collaborate with PBS LearningMedia to create a curriculum for a non-credit college course on documentary film that highlights films from Independent Lens and POV, along with other documentaries in the PBS broadcast schedule.

“This new strategy is an important statement of PBS’ commitment to independent film as a core part of its programming offerings,” said Simon Kilmurry, Executive Director of POV. “Filmmakers and the public alike will benefit from ensuring that the voices and viewpoints in independent films can be seen by the widest possible audience, which in turn will increase their impact.” WNET Vice President of Programming Stephen Segaller said, “The Listening Tour has ultimately proved to be a worthwhile endeavor, as it affirmed the value that filmmakers place on PBS. As PBS’ flagship station in New York, we’re enthusiastic about participating in this new strategy in the hope that independent films will secure the greater audience they deserve. Pairing specific films with similar or related programming makes sense — to boost tune-in, strengthen online support and increase distribution on diverse platforms. We look forward to helping to promote the work of independent filmmakers on our channels, and we’re optimistic that this new plan will be a great success.”