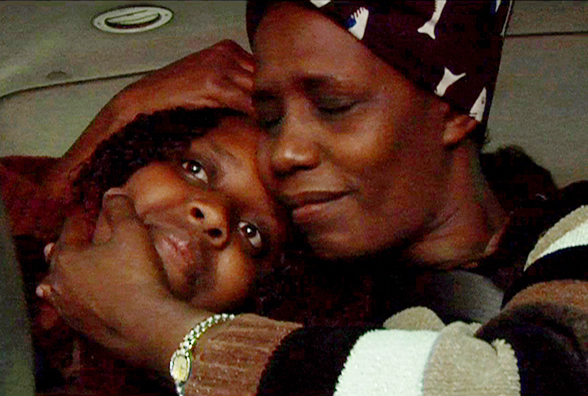 Violence against women and girls is a horrific and widespread human rights and global health crisis that demands an immediate response. Far too many women and girls around the world are trafficked into sex slavery, attacked as they attend school, and endure violence in the home or rape as a weapon of war. While most violence against women and girls is perpetrated by husbands and other family or friends known to the victim, a particularly pernicious form of violence has been taking place in the Democratic Republic of Congo. Women and girls have been brutalized beyond comprehension — gang raped by militias, forced to watch their husbands and children killed, sometimes be raped by their own sons. Pushing the Elephant is an inspirational story of one woman, Rose Mapendo, who experienced such horrific violence, yet survived and emerged from the suffering advocating for peace and reconciliation. To learn more about gender based violence (GBV) and discuss the needed policy changes to prevent and end this kind of violence RSVP for a conference call on Wednesday, March 30th at 7:00pm ET, hosted by the Family Violence Prevention Fund (FVPF) and our colleagues at Jewish Women International (JWI) and Arts Engine. Invited guests for the conference call include — Congresswoman Jan Schakowsky (IL), Pushing the Elephant filmmakers: Beth Davenport and Elizabeth Mandel, and Kiersten Stewart, FVPF Director of Public Policy and Advocacy, moderated by Loribeth Weinstein, JWI Executive Director. The documentary Pushing the Elephant airs tonight at 10PM on Independent Lens.
read
http://s3.amazonaws.com/itvs.images/btb/btb_fvpf.jpg