Join ITVS's Independent Lens each week for a special #ThrowbackThursday dip into the archives. 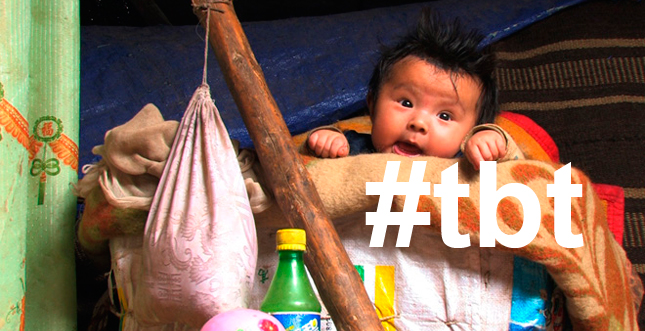 If you're a fan of Instagram and Twitter (and let’s be honest, who isn’t?), you've probably seen or used the hashtag #ThrowbackThursday. The social trend is so popular that on Instagram alone, there are over 23 million pictures tagged with #ThrowbackThursday and another 40 million captioned with #tbt. ITVS’s Emmy-award winning series, Independent Lens, is joining in on the fun by unlocking the PBS Video vault. Every Thursday, Independent Lens is announcing the revival of a previous aired, fan favorite film. The “throwback” docs are only available on PBS.org for one week, so take advantage while you can.

This week’s #ThrowbackThursday offering is Summer Pasture, the story of a young nomadic couple living with their infant daughter in eastern Tibet.  The documentary provides a rare window into a highly insular community seldom seen by outsiders. In the collective imagination of Tibet, nomads have traditionally occupied a dual role — romanticized as embodying the purest form of Tibetan identity, and mocked as being backwards, uncivilized, and inferior. Follow Independent Lens on Twitter and Instagram for future #ThrowbackThursday announcements and other tasty morsels for your indie pleasure.