ITVS's Diversity Development Fund (DDF) has been seeding essential stories for 16 years. We spoke with Royal Rodgers, whose project Hollywood’s Architect was among the very first films to receive development funding in 2004, and is due at last to air on PBS in 2020. Below she shares with us why development funding is so important and why perseverance is key.

ITVS: How did you first learn about architect Paul R. Williams' story and what made you think it would make a good movie?

I heard about Paul Williams when his granddaughter Karen Hudson wrote a book about him. She was traveling around the country doing appearances to sell the book.  My husband went to college with her brother.  She contacted us and we held a book party for her.  When I saw the book I couldn’t believe that I'd never heard of him.

I was working at WTTW, the PBS station in Chicago, at the time, so I automatically thought of it as a PBS project.  But soon after that, my husband got a job in Washington, D.C., so we moved there.  And I decided to pursue it on my own. 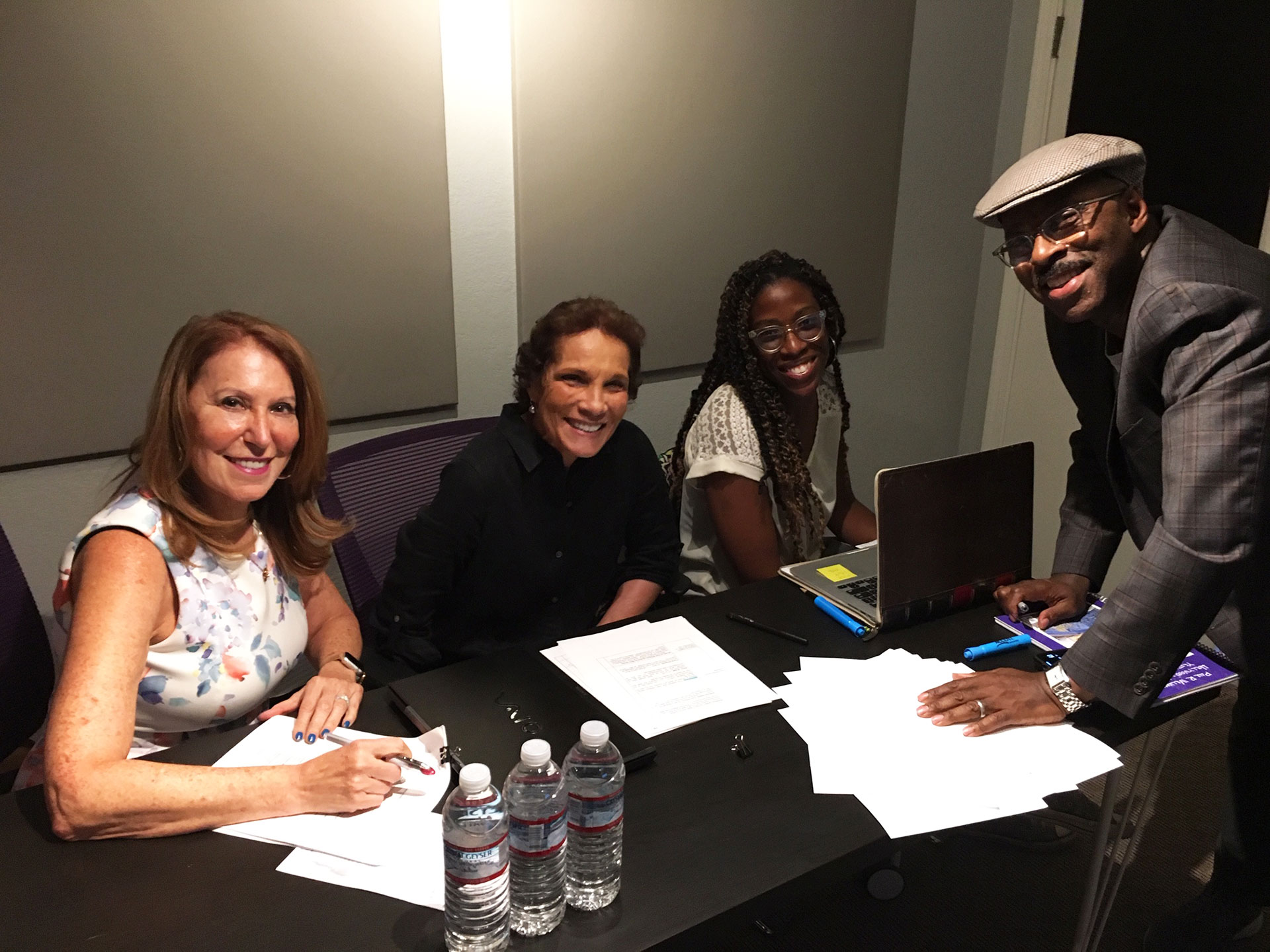 Royal Rodgers and team during voice-over sessions for Hollywood's Architect

How did you segue from working in TV news journalism to making your own documentaries?

I was working at ABC News as a network correspondent and traveling constantly. After my kids were born I didn’t want to travel as much, but I still wanted to work in the news field. WTTW had a nightly show called Chicago Tonight which would take one topic in the news and have guests with opposing views on to discuss it. It was similar to ABC’s Nightline and was perfect for me.  The station also did documentaries and I was able to work on a few of them.  That’s how I got interested in the documentary format.

How did you first hear about ITVS's Diversity Development Fund (DDF), which was then just starting out?

Another producer told me about DDF.  And it made all the difference in the world to me. It gave me some seed money to produce my first fundraising trailer.  But more importantly, it gave me validation that I had a story worth telling.

If you could give other filmmakers one piece of advice based on your experiences producing documentaries, what would it be?

It’s hard to pick just one! There are so many things I would have done differently if I could do it again. But if I had just one piece of advice I would say, if possible, team up with someone who has experience producing an independent doc for PBS.  I was learning as I went and that’s one of the reasons it took so long.