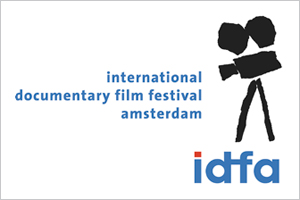 The following ITVS films have been accepted to IDFA (International Documentary Festival in Amsterdam). Check out the films below and join us in congratulating all the filmmakers!

The Team By Patrick Reed

An imaginative look at what happens after four-year-old Bashir comes back to life after the assassination of him and his father, a top PLO lieutenant.

Our Summer in Tehran By Justine Shapiro

The Boy Mir By Phil Grabsky

A profile of eight-year-old Mir over 10 years in post-9/11 Afghanistan.

The boxing gym: a place of violence, but also discipline; the site of fights, but also of community. This film explores the dichotomous role of the boxing gym in modern cities.

I Was Worth 50 Sheep By Nima Sarvestani

A film on the situation of Afghan women and their struggle for human rights and emancipation.

Pushing the Elephant By Beth Davenport and Elizabeth Mandel

A story of forgiveness, hope, and the joy of family life, Pushing the Elephant captures one of the most important stories of our age, in which genocidal violence is challenged by the moral fortitude and grace of one woman’s mission for peace in her country while she mends her relationship with a long-lost daughter.

Brazilian artist Vik Muniz creates photographic images of people using found materials from the places where they live and work. His "Sugar Children" series portrays the images of deprived children of Caribbean plantation workers using the sugar from their surroundings. When acclaimed filmmaker Lucy Walker trains her camera on Muniz, he is cultivating a new idea for a project. He knows the material he wants to use — garbage — but who will be the subject of the new series of works? Congratulations to everyone who worked with these programs and producers to bring them to IDFA! --