Placards are pieces of history. They show us verve. They show us wit. They show us pain and personality. They are floating, gripped, vital statements of resistance, rendering the individual voices of protest visible.

The protests and riots of our times are documented and extended through social media, creating long-lasting visual histories that live beyond a moment. They stream past us in a feed, they make it to the front pages of newspapers, and they go viral, becoming indelible lived moments. “Drag it out in to the open," reads one sign held by a breathless protester at the start of Screaming Queens: The Riot at Compton’s Cafeteria, a testament to the silence placed on the queer and trans residents of San Francisco’s Tenderloin district until the action of 1966 when the community’s voices were finally seen and heard. 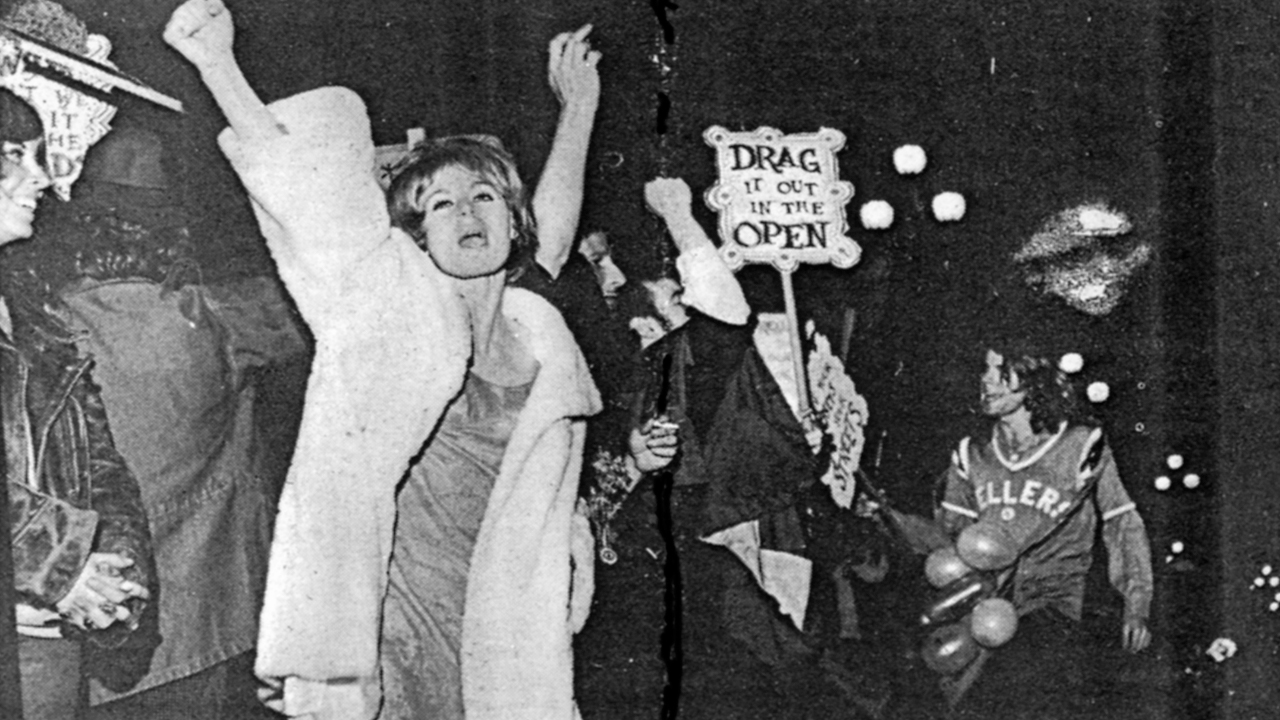 Once a staple of the community, Compton’s, an all-night cafeteria, began to discriminate against its trans clientele, often calling the police to remove them for the crime of “female impersonation.” On the night of the riot, a trans woman resisted arrest by a police officer and threw coffee in the officer's' face. The all-night corner cafe erupted with sugar shakers, heels, and handbags crashing through the windows as the clientele began overturning furniture and smashing dishes, done with discrimination. Though paddy wagons were called, through the course of the night a police car was destroyed, a corner newsstand set on fire, and the riot persisted. The next night the riot continued to grow with a picket supported by the wider Tenderloin community.

The Compton’s Cafeteria riot took place three years before Stonewall, but unlike the Manhattan riot, this hot Summer night on the West Coast remained largely forgotten to history until the 2005 film by directors Victor Silverman and Susan Stryker, and producer Jack Walsh.

“In queer history, Stonewall has this momentous role, and what we wanted to show with the Compton's Cafeteria Riot story was that there's a lot more to transforming the culture, to transforming people's lives than just one event that took place in New York. That actually there were lots of people all over the country who were standing up and fighting in the same way that people did in Greenwich Village in 1969, and that it had actually been going on for some time,” says Silverman. 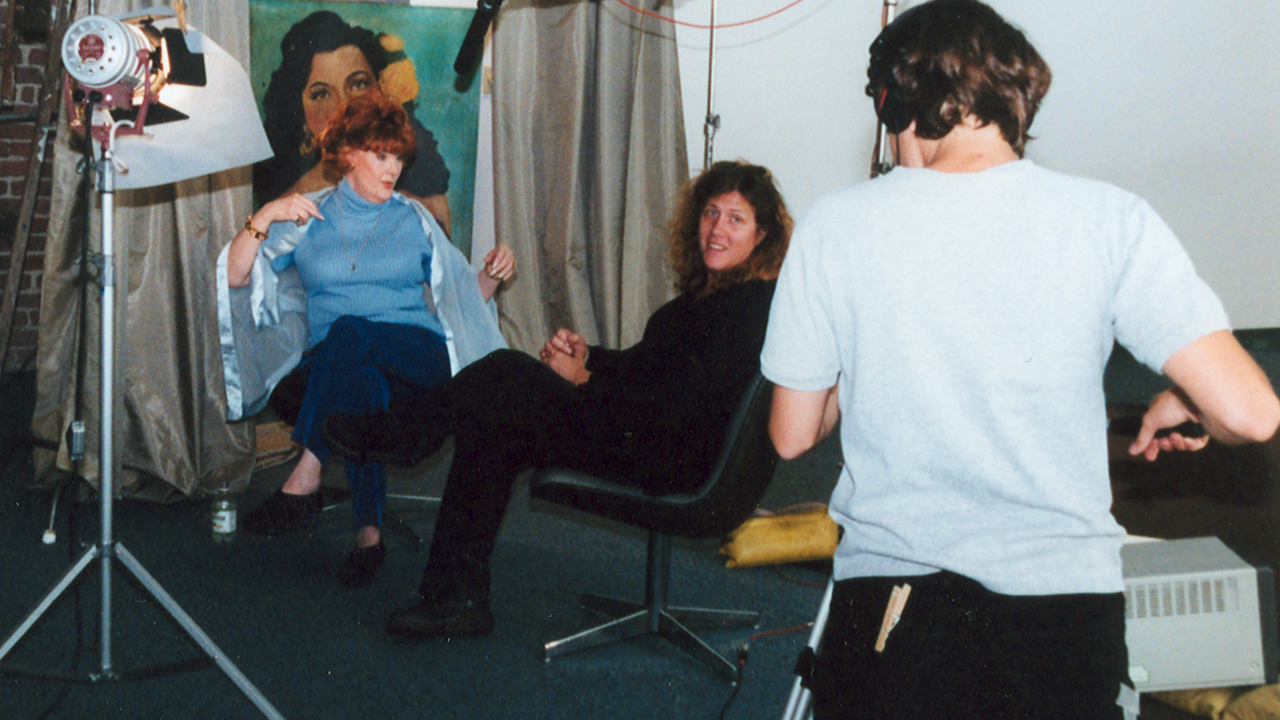 After corroborating information from materials located at the LGBT Historical Archive in San Francisco and the 1972 program booklet for the San Francisco Gay Pride Parade, the details of the story and its characters emerged and historians Stryker and Walsh began work on the project. Stryker recalls, “One of the biggest questions we had, when we started out, was, "Will there be enough archival material to actually tell the story?" Because there was no temporary newspaper coverage of the riot, there was no news reporting online, and there was no actual archival footage of the riot itself, but we found, much to our surprise and delight, that there was a huge amount of material on trans people and of San Francisco in the 1960s, and we just didn't have any problem at all having enough visual material to tell the story.”

In Screaming Queens, we hear from a priest hailing from the activist hub Glide Memorial Methodist church, a Tenderloin policeman, and several members of the trans community itself. As the riot and its legacy are recalled, a vivid portrait of queer and trans people in the Bay Area comes together through the words of those who interacted, supported and suppressed them.

To this day, the film continues to screen at universities, film festivals, and political meetings. Silverman notes, “I think what the film has done over this time has been to help people understand the importance of these fights that people had back in the '60s and where we are today.” 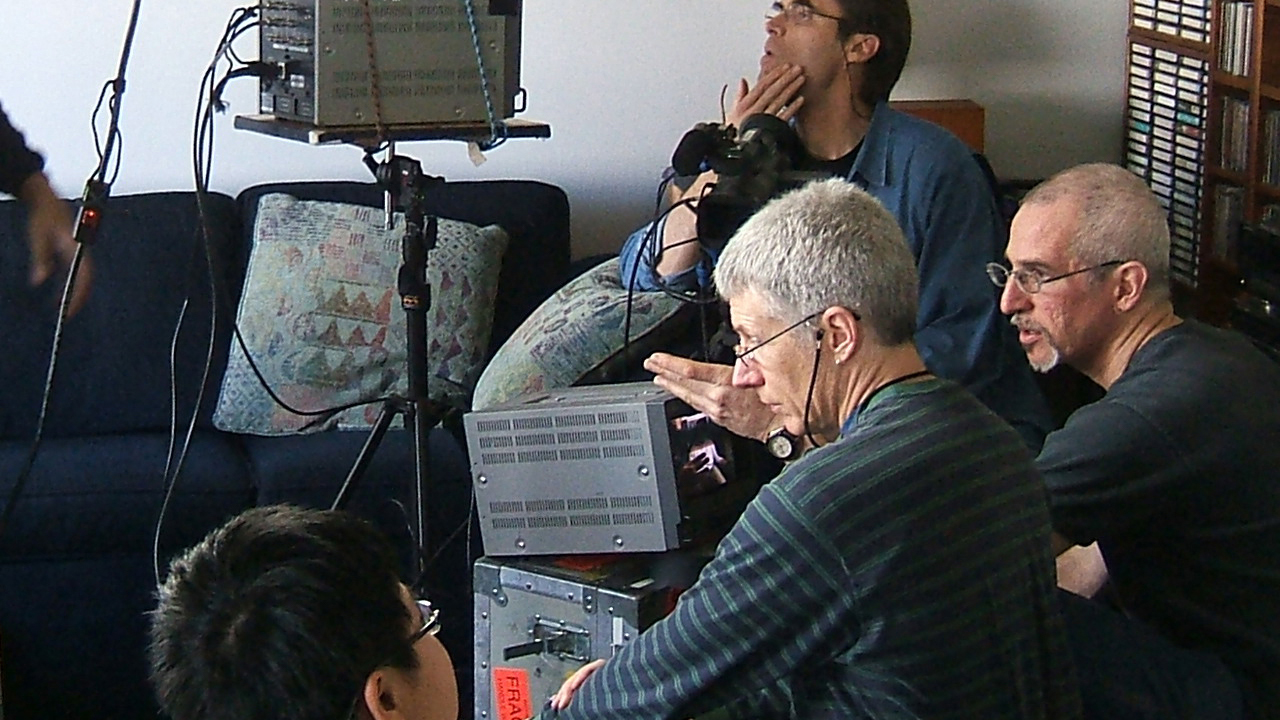 The film itself was a first-time project for old graduate school friends and colleagues Silverman and Stryker. Launching their directorial careers with a historical documentary about a largely undocumented moment in the LGBTQ rights movement in the 1990s was no simple feat.

Silverman notes, “We got some strange pushback at times about the content of the film. There was not quite the level of cultural acceptance of the kind of story we were telling about people who were, even at that time, still viewed by the media in this bizarre way.“

Reflecting on the struggles the team faced, he adds, “It's interesting looking back on this now because when we started in the '90s, queer history was a big risk for ITVS to come in and fund. I think we were not confident that ITVS or PBS were really going to be the place where we could get funding or where we could get distribution for the film…” Silverman adds, “I think it's important to reflect on how much has changed that ITVS is thinking about the 50th anniversary of Stonewall...this level of acceptance for queer history, for trans history, didn't exist when we started out on this project. And I think it made it more difficult to get the story out, but it made the story that we told that much more important to get out there.”

Speaking about the impact of recovering and retelling the story of the riot, Stryker posits, “I'd say among trans people there's certainly this greater awareness of, 'there was Compton's before Stonewall,' and it's become something that people know and that's actually quite thrilling... How often do you get to do work as a historian, where it's not just you do your research or you teach your class, but you do work that helps change popular knowledge about something?”