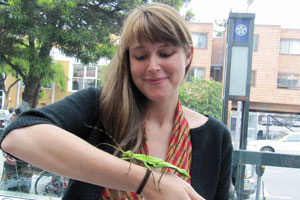 Last Friday and Saturday nights, the lobby of the Sundance Kabuki Cinema  in San Francisco was crawling with live insects. SaveNature.org partnered with Argot Pictures to present this one-of-a-kind event for the opening of my latest film, Beetle Queen Conquers Tokyo.

We had three tables full of merchandise and exotic live bugs: giant thorny phasmids, Eastern lubber grasshoppers, giant African millipedes, and Madagascar hissing cockroaches.  It was amazing. As moviegoers walked into the theater, their first reaction was usually "Ew!"  But very few people walked away without holding at least one of the creepy-crawlies. Both screenings were followed by a lively, extended Q&A and the SF audience was so engaged! It was especially great to watch folks handle the bugs post-screening.  Clearly their attitudes had shifted. Thanks to all! Learn more about Beetle Queen on the filmmaker's website. 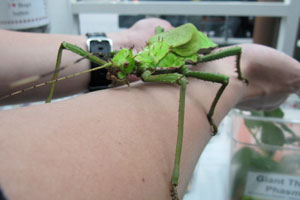 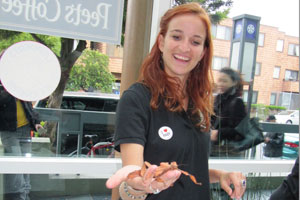 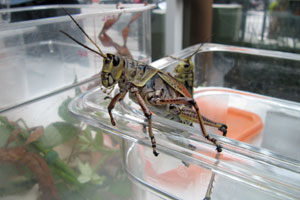