ITVS’s Annisa Kau caught up with The Boy Mir - Ten Years in Afghanistan director Phil Grabsky to discuss the documentary. The Boy Mir airs as part of the Global Voices series on the World Channel on Sunday, October 7, 2012.

Can you tell us about your background, what led you to Afghanistan, and how you met Mir? I have been making documentary films for over 28 years. They have taken me all over the world and into the lives of great artists, like Leonardo da Vinci, great athletes, such as Muhammad Ali, and great military commanders, like Napoleon. I have also witnessed the lives of those who no one has heard of - boys like Mir. In 2001, I was one of the many people following events in Afghanistan and began to wonder just who were the ordinary Afghans. They seemed to be little more than casualties - what lay behind the veils and beards? In 2002, after I had raised a little funding, I got on a plane with my camera and flew to Kabul to find out. It seemed a bit too obvious to make a film in Kabul, so I headed to another town I'd heard of (and was fascinated by) Bamiyan. My meeting with Mir was very funny, but you'll have to watch the film to see that. 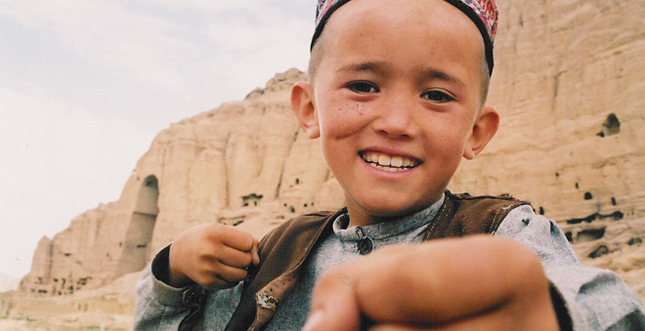 How has your personal relationship with Mir and his family developed over these past ten years? Was it your original intention to follow Mir for this prolonged period of time? There is a long, complex answer to that question but the shorter answer is that Mir and his family was unfailingly hospitable and happy to see me and my Afghan colleague Shoaib. The first film covered Mir's life for only a year, but I had such an overwhelming response to that film and so many people wanted to know what happened next that I decided to carry on and cover his life for a decade. The easiest part was the filming, while the hardest was funding. I'm a pretty well known, award-winning filmmaker, and the idea was clear and strong - and vitally important: to follow Mir's life for a decade and to better understand life in Afghanistan through him. Sadly, TV companies are much more interested in celebrity and home-based 'reality' shows.

Despite such hardship and growing up in poverty, Mir appears to be a really happy boy. What do you think influences his hopeful perspective on life? Poverty sucks. Hardship hurts. People die in childbirth, of diseases, malnourishment - and much else. Mir may seem happy but don't let that make you think everything's fine. He's as smart as my son and has a fraction of the opportunities to make something of his life. Yes, his resilience, humor, and good nature are remarkable and make the film a lot of fun too - but it is always tinged with a deep sadness for me. It needs saying that when folk say the whole effort in Afghanistan has been a waste of time with nothing achieved, I reply that they simply do not know what they are talking about. Had the Taliban stayed in power in 2001 (which was very much a possibility) then, frankly, I doubt Mir would even be alive. Without security, you have very little in life and one has to realize that much of the country is actually more secure now than it was a decade ago (and certainly the two decades before that). The sadness is that it could have been much better, that much more could have been achieved since 2001. 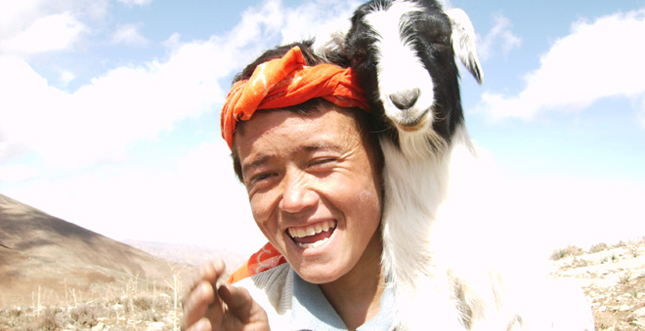 Mir and a goat in the mountains, age 14

As the film progresses, the viewer sees progress and improvements with the living situation for Mir’s family and his village. Can you provide some context relating to the political and economic changes in Afghanistan that contributed to these improvements? As I said, without security, you have little opportunity to develop. Mir's village still lacks so much but, in the absence of war, there are clear signs of improvement. It could have been much more, but it could have been much worse too. It will take decades and we have to stick with it.

Has Mir and his family seen the film? Yes! They loved it.

What do you hope will be the impact of this film?  I hope people realize the simple but often forgotten truth that Afghans are like us. How would you feel if you had to collect water from a nearby stream and then find wood to start a fire to boil the water to make it safe? Then you have to find food. Maybe you eat meat once a week - imagine that in the USA! Afghans are no different, they want to laugh and love like all of us.  I hope no one ever uses the term collateral damage again after seeing my film. I also hope it makes you laugh. I've been through enough screenings to know that audiences laugh, gasp, and cry in pretty equal measure.  I've had a lot of military folk say every military person should see it before they go to Afghanistan.

The Boy Mir will air as part of the Global Voices series on the WORLD Channel, Sunday, October 7 at 10 p.m. (check local listings). Starting October 8, the documentary will be available to view in entirety online via PBS Video (for a limited time only).