“Power shapes content!” Chi-hui Yang captured in three words an unspoken truth about the practice of documentary filmmaking. In the four years since the JustFilm head’s keynote at the 2018 International Documentary Association’s Getting Real conference, filmmakers have contended with a racial reckoning, a global pandemic, and their own approach to storytelling. They’ve absorbed new conversations around who should tell who’s story and how at film festivals, conferences, and other industry gatherings. More and more alarming stories about damaging filmmaking practices and the harms they caused film participants came to light as streamers’ demand for features and docuseries surged.

Around this time, Sonya Childress, Senior Perspective Fund Fellow and co-director of Color Congress, and filmmakers and industry leaders Patricia Aufderheide, Natalie Bullock-Brown, Molly Murphy, Sherry Simpson, and Bhawin Suchak, crossed paths and discovered that each had been gnawing on the same questions: Do documentary filmmakers need a framework for ethical filmmaking? If the industry agreed on common practices, would it shift from extractive to accountable filmmaking? After a few meetings, the group surfaced a big gap in their plan to deeply understand the impact of the process on participants. Probing questions about their experiences ran the risk of re-traumatization. With the addition of Dr. Kameelah Mu’Min Rashad to bring a trauma and healing-informed perspective, the Documentary Accountability Working Group (DAWG) took shape.

From 2019 through today, DAWG has conducted research through conversations with over 100 filmmakers and 40 participants, sharing findings and soliciting feedback along the way at events like Double Exposure Film Festival, True/False Film Festival, BlackStar Film Festival, and others. 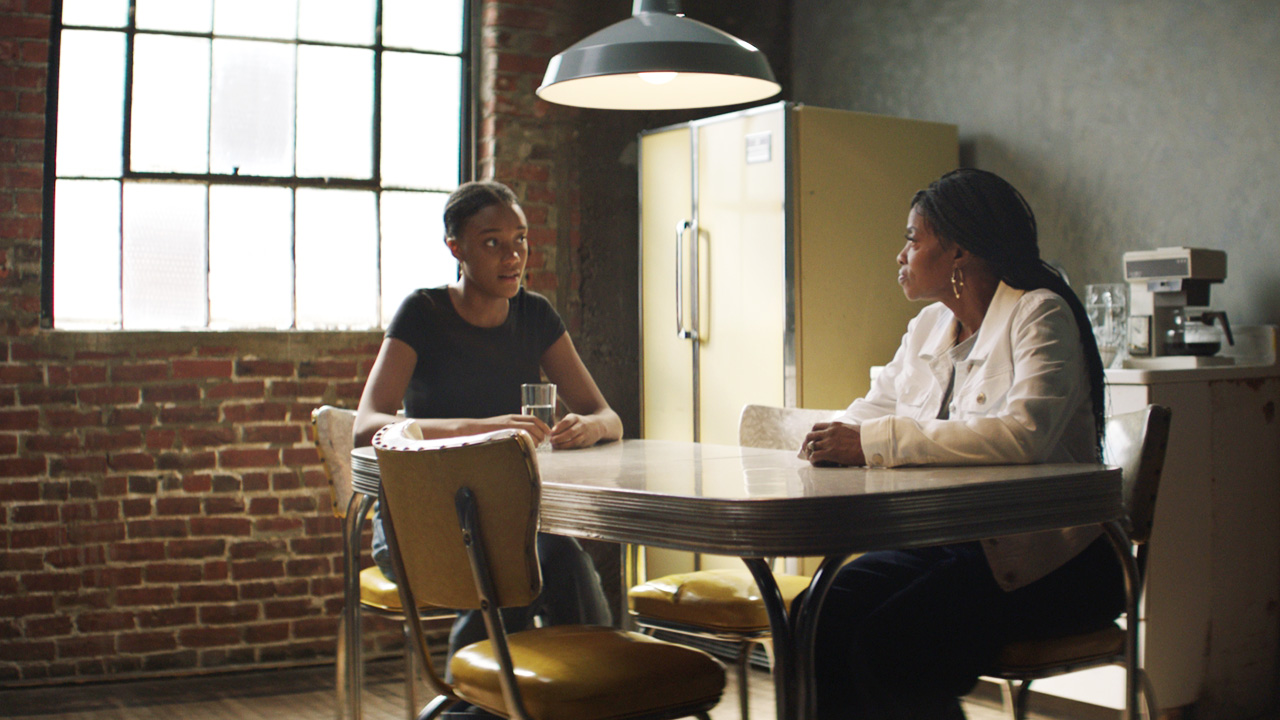 “It was clear from our focus groups that there were practices and ideas that filmmakers were implementing that could help to mitigate harm on people, communities, and audiences while building common practices to support filmmakers in doing their best work,” says Sherry Simpson, senior director of engagement and impact innovation at ITVS.

In September 2022, the group published a culmination of their findings and recommendations: From Reflection to Release: A Framework for Values, Ethics, and Accountability in Nonfiction Filmmaking. The framework provides a set of six core values for nonfiction filmmaking that summarize key tenets for a conscientious approach, and break down how a filmmaker can put them into practice throughout the life of a production.

While the framework is new, many of the ideas outlined in it have long been in use, as evidenced by the case studies featured in the paper. Some productions outside the line of sight of the DAWG group have disrupted traditional filmmaker-participant dynamics. Films like the ITVS-funded The Command Center to Bring Women Home, a docu-fiction short by Madeleine Hunt-Ehrlich and Wren Rene, ensured that the film’s participants (Paulette Carrington, Starr Granger, and Tamika Bell) co-developed and wrote the film alongside community educators and licensed therapists.

“Everyone was expected to share some part of themselves in the process and do the same work we asked our primary collaborators to do,” Hunt-Ehrlich says. 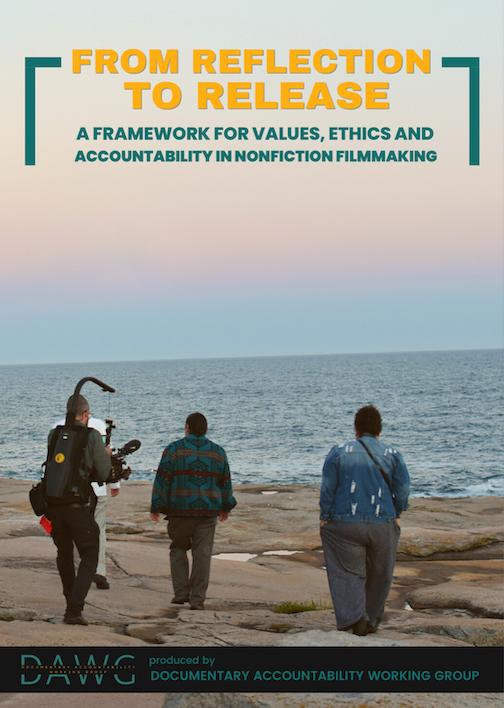 The shared stake in narrative and creative collaboration between the filmmakers, participants, and others was purposefully designed with equity at the center. “This film was a laboratory for how nonfiction storytelling may begin to dismantle structures that preserved the class and race power dynamics it sought to be critical of,” Hunt-Ehrlich says. “It will take trial and error collectively to find new ways of working that break cycles of harm, and chart new kinds of justice, even if it is just on the scale of a film set.”

Command Center effectively actualized the DAWG Framework’s core sentiment: ”The process is the product.” An intentional, values-based approach to documentary filmmaking not only reduces harm with the potential to build connections across communities, but also makes for more authentic stories at a time when they can be hard to come by.

Since its release, the Framework has been downloaded over 500 times. But the group isn’t finished sharing tools for values-based filmmaking. In November, Dr. Kameelah Rashad will lead a DAWG-presented masterclass series on centering anti-oppressive thinking during the first phase of developing a project. As more filmmakers apply the framework, more conversations about ethical responsibility are bound to emerge.

Twenty years as a film participant in The Staircase followed by co-producing and participating in Subject have provided Margie Ratliff with a singular perspective on the recommended changes to traditional practices. “It is our responsibility as filmmakers to educate our audiences around the new standards for nonfiction filmmaking,” Ratliff says. “Only by education and inviting audiences into conversations, are we able to transcend.”