Narrated by NPR's Garrison Keillor, The Hayloft Gang tells the story of one of early radio's most popular programs: the National Barn Dance and ITVS’s Kate Sullivan Green recently sat down with Directror/Producer Stephen Parry to talk about the film. Read the interview below, watch The Hayloft Gang on PBS throughout September (check local listings), and enter the special online video contest. 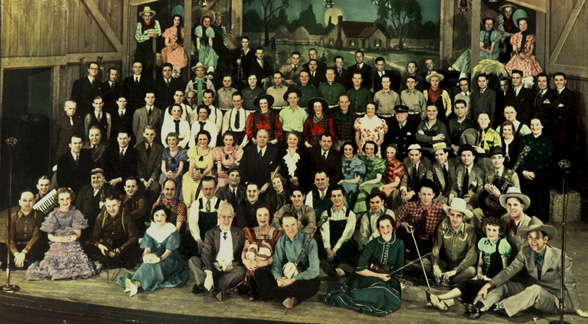 Why did you decide to make a film about the National Barn Dance? It’s an untold story in American music and culture.  I fell in love with bluegrass at my first festival in 1994, and around the campfires heard all these old timers talking about this radio show out of Chicago called the National Barn Dance.  From there I uncovered that Chicago was actually the capital of country music before World War II.  The Grand Ole Opry and Ryman Auditorium in Nashville are household names today, but in the 1930s and 40s, the epicenter of our film, Chicago was top dog coast to coast, on the NBC network every Saturday night, and those performers were household names. 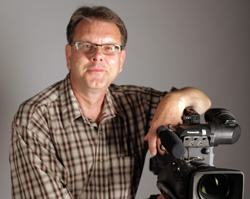 What impact do you hope this film will have? I hope viewers take away that this is more than a story about country music. It’s about the changing of rural America in the first half of the 20th century. It’s also the real roots of American music.  Every Saturday night you could hear country, bluegrass, turn of the century ballads, polka, even comedy acts – it was really one of the first variety shows.

How did the idea for The Hayloft Gang Video Contest evolve? The National Barn Dance used to go to all the local farming communities and promote their home talent show.  All the locals would come up to the school auditorium, and everyone played music back then, and they would imitate their favorite stars and then winners would be able to be a guest on the show.  A family now well into their 80s from Northeastern Indiana who had participated in these talent shows were interviewed for the film, and it’s a touching story, so I thought why can’t we do this in an online environment?   People can win great prizes too – a Martin HD-28V guitar, a custom Northfield A5M Mandolin, and tickets to Austin City Limits.

What’s your favorite and least favorite part of the production process? I love research.  I really enjoy just pouring through the archives, sending out the queries and uncovering the old home movies.  And then through those kernels, the story comes out. My least favorite part is probably pretty common – fundraising.  I was at a point where I was ready to throw in the towel when word came that we received ITVS funding through the LINCS initiative. That was awesome; we could have never completed the project otherwise.  It’s been like getting a Masters in filmmaking.

What’s the best advice you’ve received about filmmaking? Don’t give up.  Persevere.  I started research in 2003 and we got our first funding in 2004.  There were many times I thought, ‘Is this worth it?  Why don’t I just bag it?’ But I didn’t.  I had the passion from knowing this story needs to be told.  Then I started meeting the fans and was doing it for them as well.

What’s a film you’ve watched recently and really enjoyed? I haven’t had much time to watch much of anything, but started to catch up and saw Les Paul: Chasing Sound from American Masters.  It’s brilliant – superb editing, graphics, everything.

What’s next for you? I of course have some ideas kicking around that would make great films but in the near future want to get some balance back in my life.  After that bluegrass festival in 1994, I went out and bought a guitar the next day.  I don’t play much, and am not that much better than I was back then, but I have a blast with it, so would like to focus on songwriting and take some lessons.  It’s a great creative outlet.  I’m also a big believer in PBS and would love to do more work with them in the future.