A Reckoning in Boston

A white, suburban filmmaker sets out to document low income students of color in a Boston night school, and finds it’s his own education that he needs to reckon with.

James Rutenbeck (Director/Co-producer) is a two-time recipient of the Alfred I. duPont-Columbia Journalism award. Notable films include Unnatural Causes: Is Inequality Making Us Sick?, Class of ’27, and Scenes from a Parish. His work has appeared on… Show more America Reframed, American Experience, Independent Lens, The Atlantic, and NYT Op-Docs. Show less

Other ITVS Films
Class of '27
Scenes from a Parish 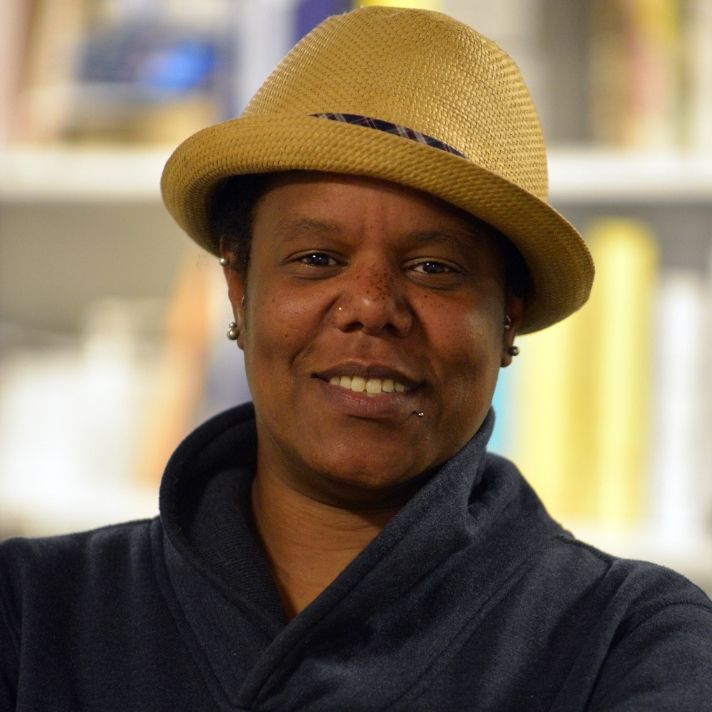 Kafi Dixon (Co-Producer) founded Boston’s first cooperative for women and first worker-owned urban farm food co-op, initially named the Women of Color Co-op and later Common Good Co-op. Kafi produced A Reckoning in Boston In response to the socioeconomic experiences of lower-resourced and impoverished communities, and the intimacy of community… Show more violence experienced by women in Boston. Through this film, Kafi shares her experiences, hopes, and perspective as she asks us to bear witness to the systemic violence and interrogate resolutions. Show less

Carl Chandler (Co-Producer) is a debut filmmaker and 3rd generation Bostonian. Carl credits his heritage—rich with Black, western European, and Indigenous ancestry—for his atypical perspective of the "American Dream." Poor, but not impoverished, he enrolled in the Clemente Course after his daughter went to college. There he received a first-rate… Show more education, developed a creative collaboration with James Rutenbeck, and discovered a new direction for his life. Show less

In 1995, writer Earl Shorris launched the first Clemente Course in the Humanities, proposing that low-income adults should have the same access to the humanities as Ivy League freshmen. He claimed, “People who know the humanities become good citizens, become active, not acted upon.” Throughout the United States, The Clemente Course in the Humanities has proven to be a transformative educational experience for adults facing economic hardship and adverse circumstances, giving them a free opportunity to explore the great works of literature, art history, moral philosophy, and American history. Its proponents assert that Clemente students – many of whom have experienced homelessness, transitioned out of incarceration, or faced financial barriers to a college education – become fuller and freer citizens after completing the course. White, suburban filmmaker James Rutenbeck went to Dorchester, Massachusetts, arguably Boston’s most diverse neighborhood, to document students’ engagement with the Clemente Course in the Humanities. What began as an academic inquiry became a collaborative, interpersonal experience when James realizes he can’t keep himself out of the narrative. His relationship to the story is influenced by two students, Kafi and Carl.

Kafi Dixon is a Boston bus driver and urban farmer who seeks equity for low-income women of color who have experienced trauma and disenfranchisement. At 44, she is sharp, witty, and restless, having dropped out of school at 15. She had her first baby a year later and two more soon after. In the Clemente Course, Kafi reads dialogues about the city in Plato's Republic and grapples with rejection in her own hometown, a community swept up in the allure of development and gentrification. Carl Chandler is a community elder who wants to tell his family's story to the wider world. 65 years old, Carl lives on a small pension and disability payment in one of Boston’s most dangerous neighborhoods. He began the class with a profound interest in learning but little faith in educational institutions. As James spends time with Kafi and Carl, he’s awakened to the violence, racism, and gentrification that threaten their very place in the city. Over time, he is forced to come to terms with a flawed film premise and his own complicity in racist structures. He wants to remain a witness and allow Carl and Kafi to tell their own stories, but James comes to understand the film cannot be fully realized until he speaks up too.