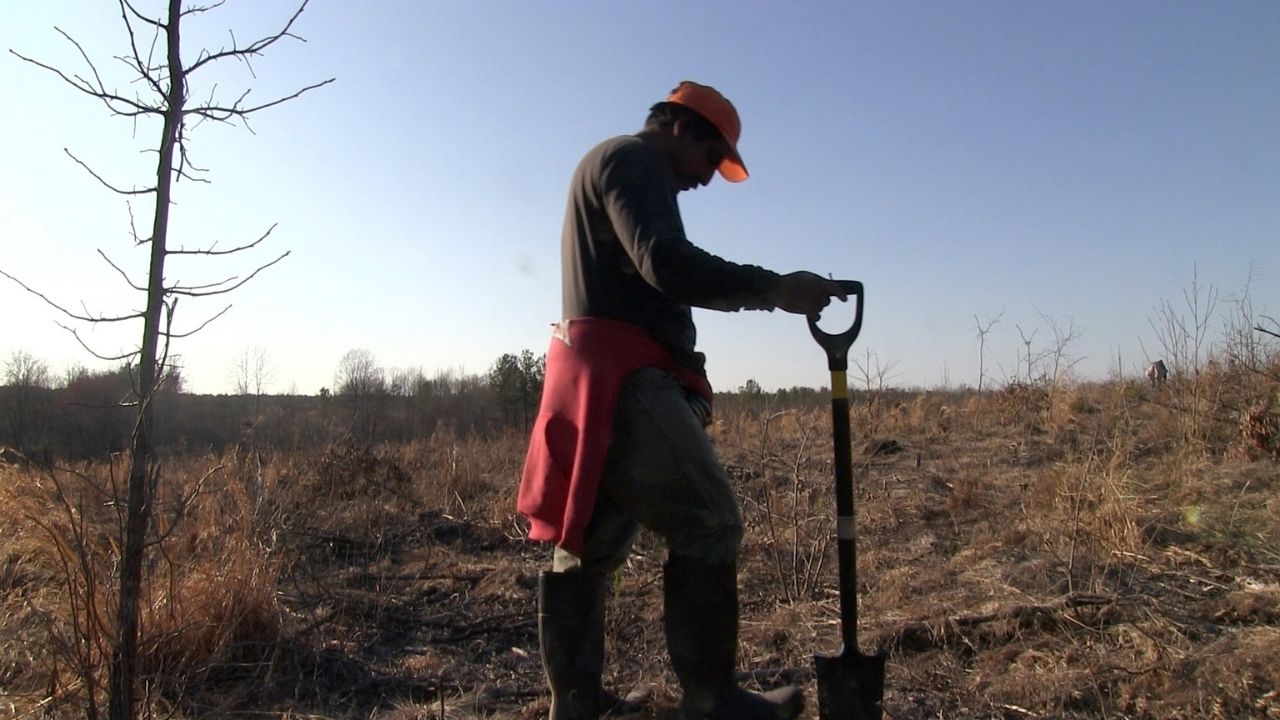 Sebastián Díaz Aguirre is a filmmaker and Emmy-awarded editor originally from Mexico. His short documentary Toñita’s premiered at MoMA Doc Fortnight. His award-winning documentary Brilliant Soil has screened internationally. Sebastián was a fellow of the 2020 Latino Media Market with A Thousand Pines. He sits on the board of UnionDocs, NYC.

Noam Osband is a filmmaker, radio producer, and anthropologist. His first feature was the nationally-broadcast film Adelante, and his documentary, The Radical Jew, won Best Short Doc at the Charlotte and Tallgrass Film Festivals.  He is also a radio and print journalist, whose bylines include The Atlantic, BBC4, Criminal, and Freakonomics Radio.

The United States is the world’s largest producer of wood products and each year the industry relies almost entirely on foreign guest workers who plant over one billion trees to replenish harvested forests. Many of America’s tree planting contractors were founded by members of the Back-to-the-Land movement in the 1970s—white, self-described hippies who had moved to Arkansas to find a simpler lifestyle in the Ozarks. As the industry boomed, hippies turned into capitalists and small companies turned into million-dollar businesses. Planter salaries plummeted and companies discovered a cheaper workforce: temporary guest workers from Latin America.

A Thousand Pines is an intimate portrait of a hidden world, following a crew of Mexican guest workers over the course of a season planting trees throughout the United States. The crew struggles to balance the job’s physical demands and its extreme isolation with remaining connected to the life they are providing for back home. As the season progresses, they become a small family, cooking and caring for each other in order to endure the punishing work. The film centers on the crew foreman, Raymundo Morales, who is in his 19th season working for the largest reforestation company in the United States. When he began, he was single and had few responsibilities. Now, however, he must balance his obligations to his wife, his children, and his elderly mother with a heart condition, while also tending to the needs and emergencies of the planting crew. Spending only three months at home during the off-season, Raymundo’s job is both the family’s salvation and its heartbreak.