Adjust Your Color: The Truth of Petey Greene

The unlikely story of America's original shock-jock who battled the system and his own demons during a time of civil unrest in the nation's capital. 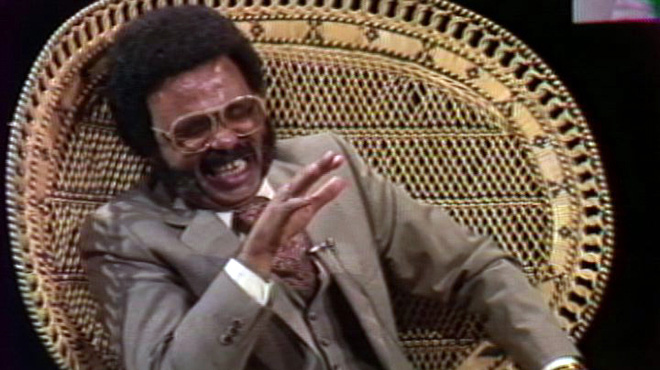 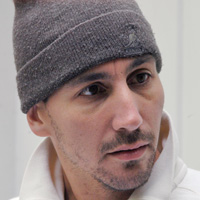 Bob DeMars, a youthful asset to Pelagius Films, received his degree in 2002 from the University of Southern California, where he was studying on a football scholarship. As a student athlete studying both film and business, he was awarded the prestigious John Wayne Memorial Award for his academic record. After directing a commercial and creating several… Show more successful business entities, he partnered with Pelagius Films in 2004. Since joining the company, DeMars has spearheaded many projects and was instrumental in guiding Talk to Me, starring Don Cheadle, to the big screen. Adjust Your Color: The Truth of Petey Greene is his first documentary. Show less

Joe Fries began his media career as an account executive in the Washington D.C. local television market. After many years of success, he left the comfort of broadcast television and joined an upstart group of ex-government politicos to form the ACSN cable network, which later became The Learning Channel. Heavily involved in the formation of TLC’s… Show more branding and programming, Fries gravitated to the creative side of the business. After forming Powerhouse, a major post-production facility that provided services to many news outlets and networks, he came to see the drama in the stories of real life. Recognizing the importance of quality and well-structured stories, Fries set his focus to acquiring true stories that had a wide market and significant artistic appeal. He joined forces with his partners to form Pelagius Films, Inc., in January of 2004, with the expressed purpose of realizing this vision. Show less

A heavy drinker and small-time drug dealer, Petey was convicted of armed robbery and sentenced to 10 years at Lorton Reformatory in 1960. The story would have ended there, save for Petey Greene’s gift for gab. While in prison, Petey was allowed to speak to his fellow inmates over the public address system. His fast-talking, animated delivery, infused with street jive, was a big hit with prisoners and guards alike — the latter found Petey so entertaining that they refused to let him be paroled, even though he was eligible.

Foreshadowing his later showmanship, Petey convinced a young inmate to climb a water tower in the prison yard and threaten suicide. As pre-arranged, Petey talked the man down in just minutes, remarking afterwards, “It took me six months to get him to go up there.” Petey’s contrived act of heroism earned his release in 1965.

When riots erupted after the 1968 assassination of Dr. Martin Luther King, Jr., Petey waded into the fray to calm tempers and stop the destruction of property. Petey was so respected that he didn’t need protection of any kind as he soothed tempers, quelled unrest first on the street ,and later on the airwaves.

From a man nearly destroyed by crime, drugs, and poverty to an admired media icon and honored guest at Jimmy Carter’s White House, Petey defied labeling. With his patois of street talk, Bible citations, rhyming rap, and quotes from his grandmother and African American poets, Petey Greene was unique. His legacy lives on, 25 years after his death, in the outrageous banter of today’s shock jocks, who consciously or unconsciously emulate the man who lit up the Washington, D.C. airwaves for almost two decades.