The Amasong Chorus: Singing Out

A music student creates a lesbian/feminist choral group, transforming the community as she builds an award-winning ensemble. 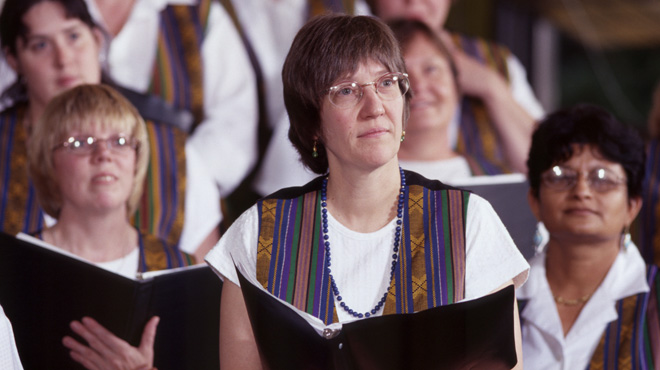 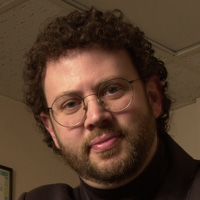 Jay Rosenstein is a Peabody and Emmy award-winning independent documentary producer, director, writer, and editor whose work has been seen nationally on the PBS series P.O.V. and Independent Lens, the Independent Film Channel, ABC World News, ESPN, the Nickelodeon Channel, and film festivals worldwide including Sundance. His documentary The Lord is Not on Trial Here Today… Show more has won a Peabody, two Emmy Awards for Best Historical Documentary and Best Writing in the Mid-America region, a CINE Golden Eagle, and a Gracie Award. Jay's previous work includes the documentaries The Amasong Chorus: Singing Out, which aired on Independent Lens and won a Documentary Award of Excellence from the Broadcast Education Association and a CINE Golden Eagle; and Erased, which premiered at Sundance in 2001 and screened at the South by Southwest Film Festival among others. His best-known documentary, the 1997 In Whose Honor? American Indian Mascots in Sports, aired nationally on the PBS series P.O.V. and was recognized by the Columbia University Graduate School of Journalism as one of the most outstanding programs on race in American television in 1997-1998. Jay has received grants from the National Endowment for the Arts, the Independent Television Service (twice), the Paul Robeson Fund for Independent Media, the Illinois Humanities Council, and the Illinois Arts Council. Jay lives in Champaign, Illinois with his two daughters, where he is an Associate Professor in the College of Media at the University of Illinois, Urbana. His website is jayrosenstein.com. Show less

Other ITVS Films
The Lord Is Not on Trial Here Today

When lesbian music student Kristina Boerger moved to a small Illinois college town, she didn't find a ready-made community. So she decided to create one with what she loved best: choral singing. Within a few years, what had initially been a ragtag group of volunteer vocalists had become an award-winning recording ensemble. Showing the choir's evolution into a nationally recognized performance group, The Amasong Chorus: Singing Out documents how the spirit and dedication of one person can help transform a community.

Ever since she was a child, Boerger had loved and excelled in music. She came out as a lesbian in college, and in the summer of 1985, she had an experience that changed her life: While working at a college in the Midwest, she was fired when she mentioned being a lesbian. As Boerger recalls, "I was removed within an hour. At first I was so humiliated and so depressed and so angry. And, as the anger bubbled to the fore, I realized that I just had to make sure that I never went through that again, and that I did anything that I could to prevent anyone else from having to go through it."

Boerger devoted the next six years to political activism. But by 1991, she was tired, frustrated, and burnt out. While studying for her master’s degree in music at the University of Illinois, Urbana/Champaign, in a university town with facets of both urban and rural cultures, she decided to form what she advertised as a lesbian/feminist chorus called Amasong. The group’s name was a play on the words “amazon” and “song.” “The word amazon conjures up images of strong women who make their own decisions,” Boerger says. “It was a way of coding our group in a certain way.”

Responding to flyers that Boerger posted around town, a roomful of brave women showed up — mainly lesbians, but also feminist housewives and students. As she explains, the decision to label Amasong as “lesbian/feminist” was an important one: “There's lesbian-feminism with a hyphen, which refers to woman who are lesbian and feminist. But if you put a diagonal slash between, then it means either or. And that's very important. Whenever I tell people on the phone who we are, I make sure they get the punctuation correct. It doesn't mean you have to be both to get in the choir. It means you've got to be one or the other.”

As The Amasong Chorus reveals, the choir’s first members were diverse in age, interest, and experience. “My original standard for singers?” Boerger recalls. “I didn't have one. They had to be warm bodies — who were women. That was it.” But under Boerger’s dedication and leadership, the chorus soon grew in number and skill. Mary Lee Sargent, professor of women’s studies at Parkland College, explains that Boerger is “political to the core, but she's also an artist to her core. So she's got both identities. And the choir is an expression of both of these identities.”

Because of Amasong, women from different backgrounds found a place where they fit in, where their talents were taken to heights they'd never before imagined possible. And although the traditionally conservative community was hesitant at first, the startling beauty of the group’s music slowly and steadily won its acceptance, developing from a motley band into a large and polished choir, and changing the lives of individuals through the power of music.