What led a Japanese commuter train to speed dangerously, causing a deadly crash? Was the society’s pursuit of efficiency to blame? 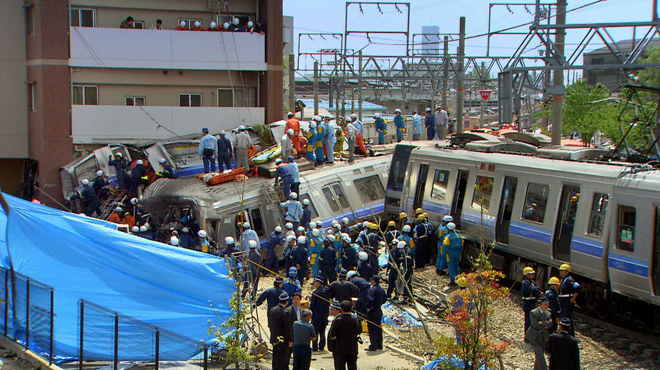 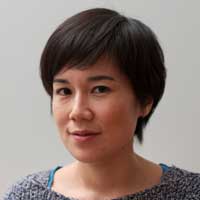 Miyake’s first feature-length documentary, My Atomic Aunt (a.k.a. Beyond the Wave / Meine Tante aus Fukushima) was supported by 7 broadcasters and numerous grants including BBC, NHK, WDR, and Sundance and has been screened and broadcast in many countries. Her second film, Brakeless, was a co-production with BBC Storyville, ITVS, NHK, IKON, and DR.… Show more Several short documentaries she directed have been shown at festivals internationally including Berlin, London, Sydney, and SilverDocs. Hackney Lullabies won the Berlin Today Award 2011 at the Berlin Film Festival. Mrs. Birks’ Sunday Roast, commissioned through Film London’s scheme has been added to the British Film Institute’s National Archive collection, and enjoyed a successful 2-week run at the IFC Center New York in summer 2011. Miyake has been selected for the prestigious Berlinale Talent Campus, Japanese government’s Art Grant, Talent Campus Tokyo, Crossing Borders, and Pola Art Foundation Grant. She originally came to the UK to study history of English witchcraft at Oxford University as a Swire Centenary Scholar, having studied English history at Tokyo University. While studying and working for British and Japanese media, she picked up a camera to fulfill her childhood dream of becoming a filmmaker and started to make short films on her own. Show less

On Monday April 25th 2005, a West Japan Railway (West JR) commuter train crashed into an apartment building and killed 107 people when a driver tried to catch up with an 80-second delay. Just what pressures made the driver risk so much for such a minimal delay?

Piecing together personal accounts of those affected by the train crash, Brakeless poses a question for a society that equates speed with progress. It examines the way in which the characteristics that are usually considered the national virtues — punctuality and loyalty to protocol — have become societal impediments and ultimately, dangers to the people of Japan.

The film revisits the train journey and follows the aftermath through the eyes of the survivors. What happened on the day is examined in light of the historical and economic development in post-war Japan. It is a story about modernization gone too far and a cautionary tale about privatization and the phenomena coined as the “Japanese disease” by writer Kunio Yanagida, who argues that the train crash epitomizes this malaise that he observes widely in post-bubble Japan.

Brakeless offers a fascinating insight into the railway’s role in Japan’s post-war economic boom – and the dangers of corner cutting in the prolonged economic stagnation that followed. Through the lens of this catastrophic train crash, the film considers the ultimate cost efficiency.