Bruce Nugent, the black gay writer who co-founded the journal Fire!! with Langston Hughes and others, inspires a gay teenager through memories of the Harlem Renaissance. 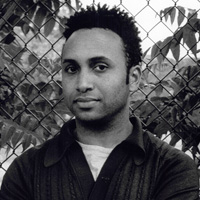 Rodney Evans has been making award-winning films for more than twenty years. He is the writer/director/producer of the feature film Brother to Brother, which won the Special Jury Prize in Drama at the 2004 Sundance Film Festival. The film had its European premiere at The Berlin International Film Festival and was nominated for two IFP Gotham Awards and… Show more four Independent Spirit Awards including Best First Film, Best First Screenplay, and Best Debut Performance for Anthony Mackie. His second feature-length screenplay, Day Dream, was the first place winner of the Newfest Screenplay competition. Evans has received funding from The Guggenheim Foundation, The Creative Capital Foundation, The NY State Council on the Arts (NYSCA), and ITVS. His second narrative feature, The Happy Sad, has played at more than thirty film festivals throughout the world and had its U.S. theatrical premiere in August 2013 at the IFC Center in NYC and the Sundance Sunset Cinema in Los Angeles. It was released in major cities in the U.S. throughout 2013 and was distributed on all major digital platforms through Sundance Artist Services and Cinedigm. Show less

Written and directed by Rodney Evans and starring Anthony Mackie and Roger Robinson, Brother to Brother invokes the glory days of the Harlem Renaissance through the memories of Bruce Nugent (Robinson), who co-founded the revolutionary literary journal Fire!! with legendary authors Langston Hughes, Zora Neale Hurston, and Wallace Thurman. Brother to Brother is the story of Perry (Mackie), a young black artist kicked out of his family home for being gay. Trapped between the worlds of the black community and the gay community, Perry searches for a connection in the real world. As his friend Marcus is performing his new poetry, an elderly man appears seemingly out of nowhere and begins reciting verse to them. He disappears just as quickly and elusively as he arrived. In his library research for a class project, Perry finds a book about the Harlem Renaissance and recognizes a poem — "Smoke, Lilies and Jade" by Bruce Nugent — as the same one that the man was reciting. Soon they encounter each other again at the homeless shelter where Perry works.

When Perry confronts Bruce about who he really is and begins to ask him about the Harlem Renaissance, the two men embark on a literal and metaphorical journey to the creative center for the younger, rebellious generation of the Harlem Renaissance. Although the house is now dilapidated, Brother to Brother visits the landscape of Bruce's memories, which exposes Perry to the legacies and hardships of pioneering black authors. By witnessing the pride that Bruce and friends exuded, Perry begins to gain a stronger sense of identity.