In 1972, black congresswoman Shirley Chisholm ran for the Democratic Presidential nomination, launching a groundbreaking campaign that united an unlikely coalition of supporters from every walk of life. 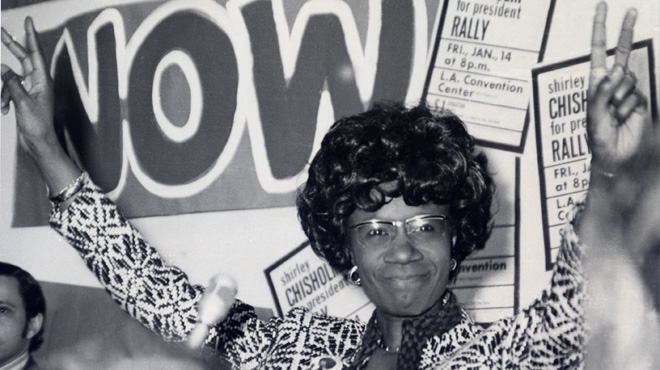 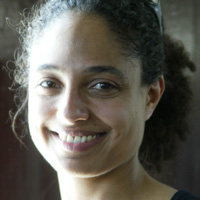 Chisholm ’72 — Unbought & Unbossed was Shola Lynch’s directorial debut. Previously, she worked with Ken Burns’ Florentine Films on Frank Lloyd Wright and JAZZ, HBO Sports on Do You Believe in Miracles? The Story of the 1980 US Olympic Hockey Team, and ROJA Productions on EveryOther, a short in the Matters of Race series. Lynch’s most important… Show more filmmaking skill has come from competing 15 years as a track athlete — perseverance in pursuit of a goal. Show less

Emmy and Peabody winner Phil Bertelsen directed Through the Fire, School of the Future, and episodes of The African Americans: Many Rivers to Cross and Finding Your Roots. He co-directed NBC’s Hope and Fury: MLK, the Movement and the Media and Netflix's Who Killed Malcolm X?, which helped exonerate two men convicted of Malcolm X’s murder.

Other ITVS Films
Outside Looking In: Transracial Adoption in America
The Picture Taker

1972 was an extraordinary year. Richard Nixon was president, running for his second, ill-fated term. The voting age had just changed from 21 to 18, and millions of new voters were expected at the polls. The Vietnam War was in full swing, as were anti-war protests, a burgeoning women’s movement, and the rise of the Black Panther Party. Into the center of this maelstrom — shocking the conventional political wisdom — stepped Shirley Chisholm, a determined, rather prim and unapologetically liberal black woman with a powerful message: Exercise the full measure of your citizenship and vote.

Announcing her candidacy for president on the evening news, Walter Cronkite quipped, “A new hat — rather a bonnet — was tossed into the presidential race today.” As revealed in Chisholm ’72 — Unbought & Unbossed, a feature documentary having its world broadcast premiere on public television’s POV series, this first-ever run by a woman and person of color for presidential nomination was no laughing matter. Nor was it a polite exercise in symbolic electioneering. The New York Democratic congresswoman’s bid engendered strong, and sometimes bigoted opposition, setting off currents that affect American politics and social perceptions to this day. Shirley Chisholm died at the age of 80 on January 1, 2005, at her home in Florida.

Chisholm ’72 recaptures the times and spirit of a watershed event in American politics, when a black woman dared to take an equal place on the presidential dais.

“Our goal was to make a documentary as passionate and powerful as Chisholm herself,” says director and co-producer Shola Lynch. “Her story is an important reminder of the power of a dedicated individual to make a difference.” It also reminds us that the country belongs to each of us only if we dare to claim our place in it.