A continuation of Frederick Wiseman’s 50-year-long exploration of American civic life, City Hall tackles the role of city government and how Boston is providing services for its citizens. 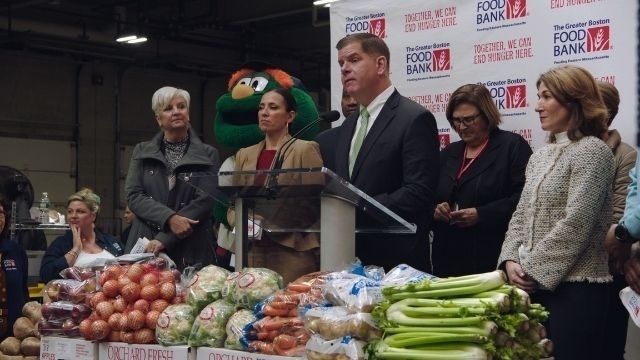 Frederick Wiseman has made 39 documentaries and two fiction films. Among his documentaries are Titicut Follies, Welfare, Public Housing, Near Death, La Comédie Française Ou L'amour Joué, La Danse — le Ballet De L'opéra De Paris, and At Berkeley (Independent Lens, 2014). His documentaries are dramatic, narrative films that seek to portray the joy,… Show more sadness, comedy and tragedy of ordinary experience. His films have played in theatres and been broadcast on television in many countries. He is also a theater director and has directed The Last Letter, based on a chapter of Vasily Grossman's novel Life and Fate, and Samuel Beckett’s Happy Days at the Comédie Française. Mr. Wiseman received his BA from Williams College in 1951 and his LLB from Yale Law School in 1954. He has received honorary doctorates from Bowdoin College, Princeton University, and Williams College, among others. He is a MacArthur Fellow, a Fellow of the American Academy of Arts and Sciences, the recipient of a Guggenheim Fellowship, and an Honorary Member of the American Academy of Arts and Letters. He has won numerous awards, including four Emmys and the Dan David Prize. He is also the recipient of the Career Achievement Award from the Los Angeles Film Society (2013); the George Polk Career Award (2006); the American Society of Cinematographers Distinguished Achievement Award (2006); and the Venice Film Festival Golden Lion (2014); among many others. Show less

City government touches almost every aspect of our lives. Most are unaware of or take for granted these necessary services such as recordkeeping of birth, marriage and death, sanitation, veterans affairs, elder support, parks, licensing of various professional activities, emergency services, as well as hundreds of other activities that support Boston residents and visitors. City Hall, by Frederick Wiseman, shows the efforts by the Boston city government to provide these services. The film also illustrates the variety of ways the city administration enters into civil discourse with the citizens of Boston. Mayor Walsh and his administration grapple with their policy priorities, which include racial justice, affordable housing, climate action, and homelessness. City Hall shows an American city government, and how they are offering services to a diverse population.