In the heart of Jerusalem, people of all nationalities, religious affiliations, and sexual orientations gather in an unlikely place: a gay bar. 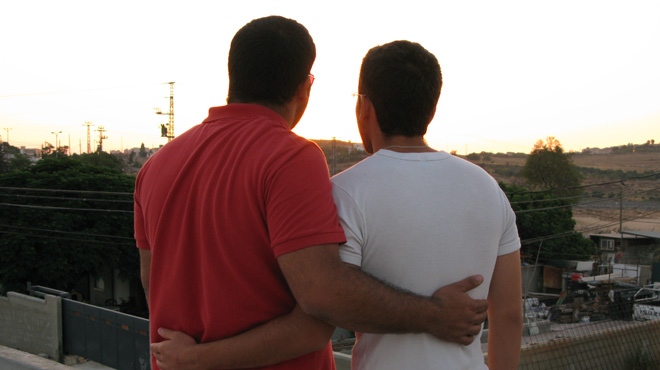 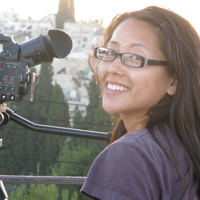 At Shushan, an underground bar on the East/West border of Jerusalem, people of all nationalities, religious affiliations, and sexual orientations gather under one roof to socialize, express their true selves, and find acceptance. Inside this unique oasis of peace, a lesbian couple — one Israeli, one Arab — shares a kiss. At the bar, a closeted Orthodox Jewish man drinks with a secular straight couple. An Israeli soldier dances to Cher’s “A Different Kind of Love Song,” lip-synched on stage by a Palestinian man in drag. Their collective experience of persecution over identity forges a common bond between people typically viewed as each other’s “enemy.” Shushan represents a needed model of tolerance in an otherwise divisive and explosive region.

Outside the bar, Jewish, Muslim, and Christian fundamentalists strive to eliminate demonstrations of gay pride through the reversal of anti-discrimination laws, riots, arson, and death threats. Meanwhile, the separation wall around East Jerusalem and along Israel’s borders nears completion, sealing off Palestinian patrons who have nowhere else to go to experience public gay life.

Through the lives of key bar regulars, City of Borders observes this resilient community’s daily struggle to live, love, and belong against extraordinary odds. Against the backdrop of the Israeli-Palestinian conflict, this documentary also humanizes the patrons as they grapple with their own prejudices and contradictions while fighting for their dignity and belonging.