Launching the careers of luminaries, Ferus built an art scene from scratch and transformed the cultural climate of the West Coast. 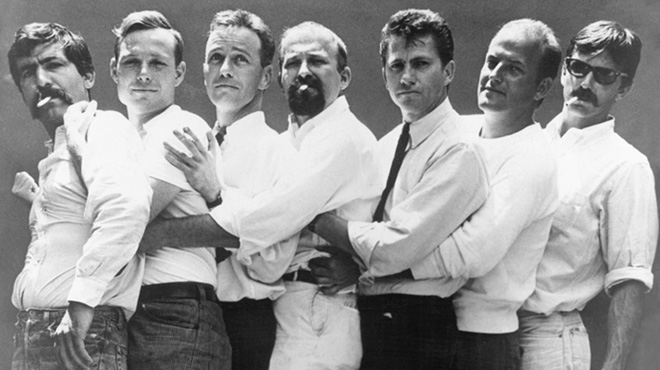 Morgan Neville is an award-winning filmmaker who has spent twenty years working as a cultural documentarian. Neville has been nominated for three Grammys for his music films: Respect Yourself: The Stax Records Story, Muddy Waters Can't Be Satisfied, and Johnny Cash’s America. His other films include Hank Williams: Honky Tonk Blues The Cool School and Troubadours… Show more (Sundance ’11). Through his company, Tremolo Productions, Neville has also produced films such as The Rolling Stones’ Crossfire Hurricane, Pearl Jam Twenty, The Night James Brown Saved Boston and Beauty is Embarrassing (Independent Lens, 2013). His film 20 Feet From Stardom, which premiered opening night of the 2013 Sundance Film Festival and went on to become the top-grossing documentary of the year, won the Academy Award for Best Documentary Feature. Show less

Other ITVS Films
Beauty Is Embarrassing
Best of Enemies
Won't You Be My Neighbor?

How do you build an art scene from scratch — and not lose your soul in the process? Cool School is the story of the Ferus Gallery, which nurtured Los Angeles’s first significant post-war artists between 1957 and 1966.

In late 1956, medical-school dropout Walter Hopps met artist Ed Kienholz for lunch at a hot dog stand on La Cienega Boulevard. The two drafted a contract on a hot dog wrapper that stated simply, “We will be partners in art for five years.” And with that, the Ferus Gallery was born.

Operating out of a small storefront, the gallery hosted debut exhibitions and served as a general launching point for Ed Kienholz, Ed Ruscha, Craig Kauffman, Wallace Berman, Ed Moses and Robert Irwin, among many other artists. By the time it closed in 1966, the gallery had also played a role in solidifying the careers of many of New York’s brightest talents, including Roy Lichtenstein, Andy Warhol, Donald Judd, Frank Stella, Robert Rauschenberg, and Jasper Johns.

First under the leadership of genius autodidact Walter Hopps, then the smooth-as-silk Irving Blum, Ferus groomed the Los Angeles art world from a loose band of idealistic beatniks into a coterie of competitive, often brilliant artists. What was lost and what was gained was tied up in a complicated web of egos, passions, money, interpersonal relationships, and artistic statements.

The gallery’s eventual success came at a cost. The closing of Ferus, just as it was finally becoming financially solvent, is indicative of the volatile and complex relationship money invariably has with art. But while Ferus had a polarizing effect on artists, ideas, and art, the gallery managed to do for art in Los Angeles what the museums previously could not. Even though their modalities were as disparate as assemblage art, abstract expressionism and Pop, Ferus artists shared ideas, goals, workspaces, and a lasting vision.