A struggling mother must decide whether to sell her own organs to give her children a better education. 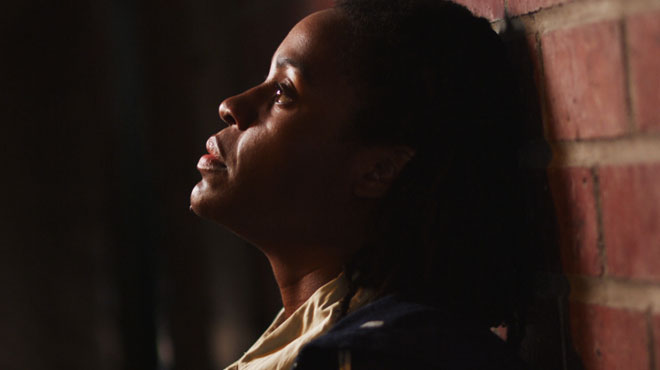 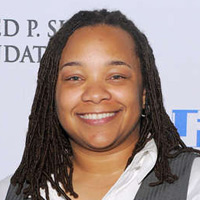 A native of Tupelo, Mississippi, Tina Mabry graduated from the University of Southern California’s School of Cinematic Arts with an MFA in Film Production in 2005. Tina wrote and directed Brooklyn’s Bridge to Jordan, which screened at more than fifty film festivals worldwide where it won multiple awards. Brooklyn’s Bridge to Jordan aired on Showtime… Show more Networks, BET J, and was voted the #1 film on the season finale of LOGO’s The Click List 2: Best in Short Film. Mabry co-wrote the feature screenplay Itty Bitty Titty Committee, which premiered at the Berlin International Film Festival (2007) and won Best Feature Narrative at the SXSW Film & Music Festival (2007). In 2008, Mabry participated in FIND’s Directors Lab with her feature film, Mississippi Damned; the film was later awarded the Kodak Film Grant. Mississippi Damned garnered an impressive thirteen awards from participation in fifteen film festivals including awards for Best Feature Film and Best Screenplay at the Chicago International Film Festival (2009). The film premiered on Showtime Networks in February 2011. Tina was named among the “25 New Faces of Independent Film” in Filmmaker Magazine in July of 2009 and was recognized by Out Magazine as one of the most inspirational and outstanding people of 2009. She was featured in the Advocate magazine as part of their “Top Forty Under 40” issue, which features the top 40 individuals who are raising the bar in their respective fields. With over 300 nominated artists and only 50 selected artists, Tina was named the James Baldwin Fellow in Media by United States Artists, a national grant-making and artist advocacy organization, in December of 2010. Mabry’s feature, County Line, was accepted into FIND’s 2010 Screenwriters Lab. In April 2011, the script participated in Tribeca All Access where it won the Tribeca All Access Creative Promise Award. County Line also took part in FIND’s Fast Track, a film financing market, which was held during the Los Angeles Film Festival 2011. Mabry participated in the Fox Writers Intensive, which is a highly selective writer’s initiative. Independent Television Service produced Mabry’s short film, Crossover, as part of FUTURESTATES. The film premiered at the Tribeca Film Festival (2012) and screened at the Urbanworld Film Festival (2013) and the Pan African Film Festival (2013). In February 2013, Mabry was a fellow in the Sundance Institute’s Screenwriters Intensive. She is currently in pre-production of the feature film based on Lori Tharps’ lauded memoir, Kinky Gazpacho, which she wrote and will direct. Show less

Rikki Jarrett graduated from the University of Pennsylvania and the University of Southern California’s School of Cinema and Television. She has been producing films independently since 2007. Her first feature film, the sci-fi romantic comedy TiMER, premiered at the Tribeca Film Festival. She co-produced the feature documentary Long Distance Revolutionary: A Journey with Mumia Abu-Jamal.… Show more She is a 2009 Film Independent Project: Involve Fellow and a 2011 Film Independent Producer’s Lab Fellow. Show less

Other ITVS Films
The Living

Debra A. Wilson’s first film Butch Mystique, which she wrote and directed, has been screened in more than 30 film festivals worldwide and has won Jury and Audience Awards. Her next film Jumpin’ the Broom: The New Covenant, premiered on Showtime and Logo’s Real Momentum series. She co-produced Tina Mabry’s award-winning feature film Mississippi Damned,… Show more which amassed an impressive 13 awards and aired on Showtime. She also produced Crossover, the ITVS Futurestates Season 3 episode directed by Mabry. Debra directed the short Ward 86 that is part of Still Around, the feature-length compilation documentary about people living with HIV/AIDS. Currently, Debra is working on Alexander & Timothy, her feature documentary exploring mental illness in the African-American community. Debra holds a B.A. in Television/Film Production from Cal-State University at Northridge. Show less

In a future where schools are segregated by economic status, a struggling mother must decide whether to sell her own organs to give her children a better education.