A far-flung group of siblings are in search of each other and their father, known only as Donor 150. 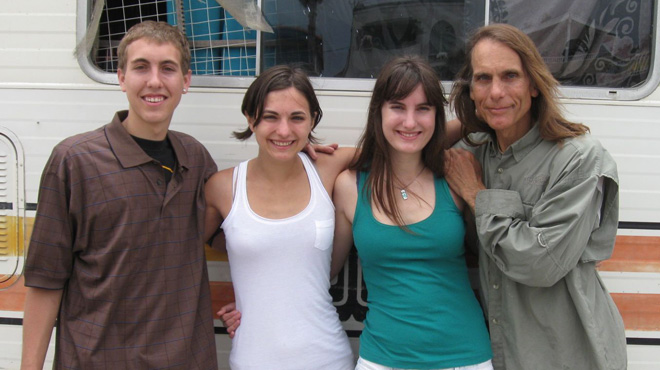 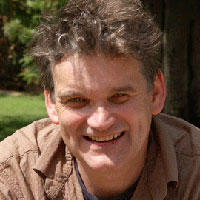 Jerry Rothwell is a documentary filmmaker whose work includes the award-winning feature docs, Heavy Load, about a group of people with learning disabilities who form a punk band, Donor Unknown about a sperm donor and his many offspring and Deep Water, co-directed with Louise Osmond, about Donald Crowhurst’s ill-fated voyage in the 1968 round the world… Show more yacht race. His past credits include The Late George Shaw, for Channel 4’s Art Show series, the Modern Painters series of short films for Channel 4 and TV and radio programmes for BBC, Carlton, Channel 4, Teachers TV, and the Arts Council. Another strand of Jerry's work has been participatory production, working with people to tell their own stories on film. He played in lead role in developing Hi8us Projects improvised dramas with young people for Channel 4, in establishing First Light, the UK Film Council's scheme for young filmmakers, and in setting up digital storytelling exchanges between marginalised communities across Europe. His latest film is Town of Runners, premiered at Tribeca Film Festival. Show less 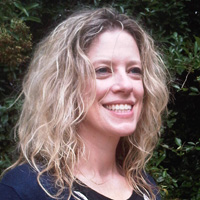 Al Morrow is an award-winning producer and Head of Documentary at Met Film Production. She produced the feature documentary Deep Water (Pathe, UKFC, FilmFour), winner of the Grierson award for Best Cinema Documentary 2007; and Jerry Rothwell's Heavy Load (IFCtv, ITV, BBC), which won the Audience Award at the Britdoc Festival in 2008 and the inaugural CDN… Show more Cultural Diversity Award for Excellence in Creative Output in 2009. She is in production on Jerry's upcoming feature documentaries Donor 150 (More 4, Arte, NRK), and Town of Runners (Britdoc Channel 4 Foundation, Digital Rights Group). She is in active development on a wide range of projects including Jeanie Finlay's, The Great Hip Hop Hoax (BBC Scotland) and Jerry's How to Change the World, which is being developed through the UK Film Council. Show less 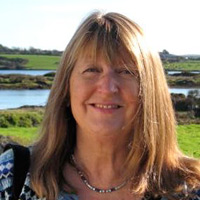 Hilary Durman is director of Redbird, an independent production company set up in 1992. She has produced documentaries, dramas, and features for BBC, Channel 4, and ITV, winning 3 BAFTAs, and awards from the Royal Television Society, One World Media, Prix Jeunesse, and the Japan Prize. In addition to Casablanca Calling and Pirates of Salé, she produced Special,… Show more a drama documentary about autistic teenagers; and Just a Girl from Koof, following the work of Fawzia Koofi in Afghanistan. Her first feature documentary, The Time of Their Lives (BBC Storyville/UKFC), focused on three extraordinary women of 100, and screened at AFI Docs, SXSW, and Sheffield DocFest. Her second feature documentary documentary, Donor Unknown, premiered at Sheffield DocFest and IDFA, won audience awards at Tribeca and AFI Docs, and was broadcast on Independent Lens on PBS. Show less

JoEllen, now 20, has always known her family "wasn't like other families." She grew up in Pennsylvania with two mothers, and a burning curiosity to know more about her anonymous donor father. When JoEllen discovers a unique online registry that connects donor‐conceived children, she manages to track down a half‐sister in New York. The New York Times picks up the story, and, over time 12 more half‐siblings emerge across the United States.

By chance, the article also falls into the hands of Jeffrey Harrison, living alone with four dogs and a pigeon in a broken‐down RV in a Venice Beach parking lot. In the 1980s, Jeffrey had supplemented his meager income by donating sperm for cash at California cryobank. His donor number was 150.

Donor Unknown is a uniquely 21st century story. The connections made between the children and their donor dad draw as much on modern technology as on old‐fashioned coincidence. While the siblings seem to take their ever-expanding family in stride, Jeffrey is more apprehensive about meeting some of his biological children for the first time. Donor Unknown raises intriguing questions about our understanding of parenthood, and the strange power of our genetic connections.