Don't Tell Anyone (No Le Digas a Nadie)

Activist Angy Rivera joins a growing movement of undocumented youth who are breaking silences about their immigration status. 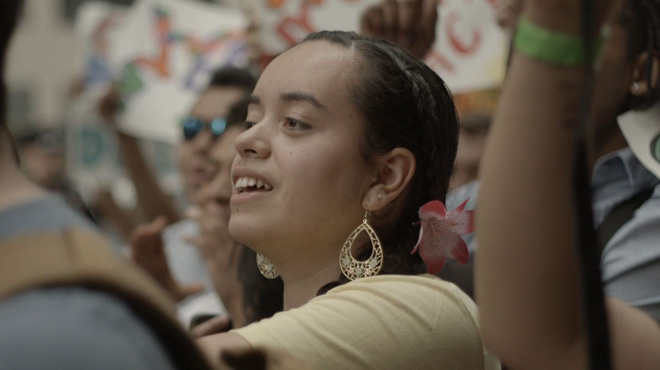 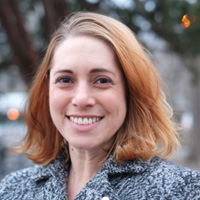 Mikaela Shwer is an award-winning editor and filmmaker with a passion for bringing important stories to life. Her work was recognized early in her career when she won the “Emerging Editor” award with the short film 100 Mountains for the Adobe Real Ideas Studio student program at the 2008 Cannes Film Festival. Since then, Mikaela has worked on numerous films… Show more for HBO, the Sundance Channel, and PBS, including the Peabody Award-winning series Brick City as well as critically-acclaimed independent films Call Me Kuchu and Like the Water. In 2012, Mikaela joined Steeplechase Films, working with Emmy-award-winning filmmaker Ric Burns helping to bring vibrant documentaries to the screen. For Steeplechase Films she recently edited Enquiring Minds: The Untold Story of the Man Behind the National Enquirer, Debt of Honor: Disabled Veterans in American History, and American Ballet Theatre: A History for American Masters. Don't Tell Anyone (No Le Digas a Nadie) is her feature directorial debut. Show less

Don’t Tell Anyone (No Le Digas a Nadie) follows the personal story and daily life of undocumented immigrant activist Angy Rivera. Angy arrived with her mother in the United States at the age of three, fleeing violence, poverty, and civil war in their native Colombia. For 20 years they live in the shadows, struggling to stay afloat financially and avoid deportation while battling a complex and inequitable immigration system. "Don’t tell anyone" is a phrase whispered often and branded deeply on the consciousness of all who are undocumented.

Twenty-four years old and facing an uncertain future, unable to pay tuition for college and watching her opportunities dwindle as her immigration status became an all-encompassing roadblock to the future, Angy joins the youth-led New York State Youth Leadership Council (YLC) with whom she dons a bullhorn at pro-immigration rallies, telling all who will listen that she is "undocumented and proud."

To her mother’s horror, Angy begins to answer questions from other undocumented youth, ranging from the dangers of "coming out" about their immigration status, to how to apply for a visa and advice on dating. The questions inspire her to author the online advice column "Ask Angy" as well as a YouTube Channel, propelling her into the public eye.