George Washington visited artist Gilbert Stuart to sit for one of the most famous portraits ever created — the image on the one dollar bill. 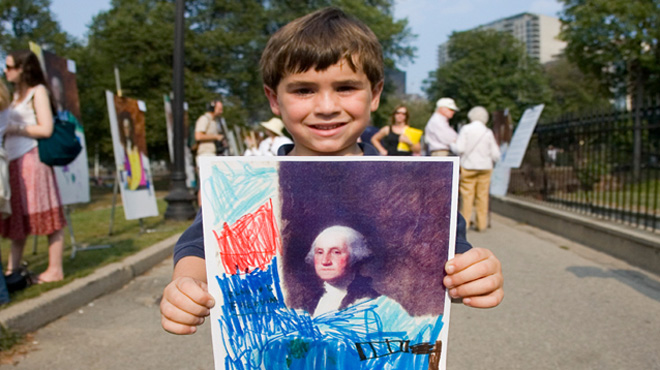 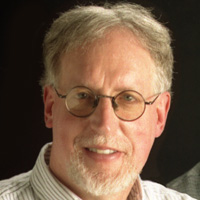 A Brown University graduate, Jim Wolpaw has worked in independent film for 20 years. His films include the Academy Award-nominated documentary Keats and His Nightingale: A Blind Date; Cobra Snake for a Necktie, a portrait of Bo Diddley which aired on Showtime; and the feature comedy Complex World. He has freelanced as a writer, film editor,… Show more post-production supervisor, and creative consultant on numerous documentary projects, and for the past six years has taught film production and screenwriting at Emerson College. His films have won awards at more than a dozen film festivals worldwide and his honors include a Cine Golden Eagle. Show less

Other ITVS Films
Loaded Gun: Life, and Death, and Dickinson 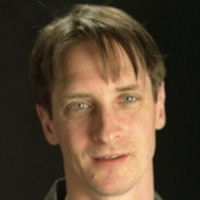 Since graduating from the Rhode Island School of Design in 1987, Steve Gentile has had an extraordinarily diverse film career. His animated films The Ant Who Loved a Girl and The Soldier have won awards at more than 30 film festivals, including London, Hong Kong, and Zagreb. As an editor, he has six feature credits, including the cult comedy Complex World. He… Show more was also the post-production coordinator on Miramax’s Next Stop Wonderland. As a screenwriter, Gentile has scripted three one-hour teleplays for Roger Corman’s Sci-Fi Channel series Black Scorpion. He has freelanced in a variety of technical capacities on numerous documentary and industrial projects, and has taught film production and animation at Emerson College, Boston Film/Video Foundation, The School of the Museum of Fine Arts Boston and Boston University. His honors include a Regional Student Academy Award nomination, a Cine Golden Eagle and a NEA/Massachusetts Artists’ Foundation fellowship. Show less

Other ITVS Films
Loaded Gun: Life, and Death, and Dickinson

Mark Twain is thought to have quipped, “If Washington should rise from the dead and not resemble the Stuart portrait, he would be judged an imposter.” Such is the legacy of the so-called Athenaeum portrait.

On several occasions in 1796 George Washington came to the Philadelphia home of the artist Gilbert Stuart to sit for a life portrait. Those sittings produced what is, arguably, the most famous portrait ever created: the unfinished Athenaeum image of Washington that peers out from the dollar bill.

The film is structured around a historical recreation of the Washington portrait, followed by a series of attempt to “finish” the famously unfinished image. The narrative of the film moves between the portrait and its “biography,” beginning with Stuart’s attempts to “loosen up” General Washington in the studio and concluding with a consideration of the portraits contemporary value as a symbol of the Amercian Nation. A disparate montage of elements, both earnest and amused, raise serious questions about our heritage, while highlighting the ironies of the story. Voice-over commentary from historians and biographers accompany the images, as well as comments from Stuart himself, whose remarks on Washington are well documented.