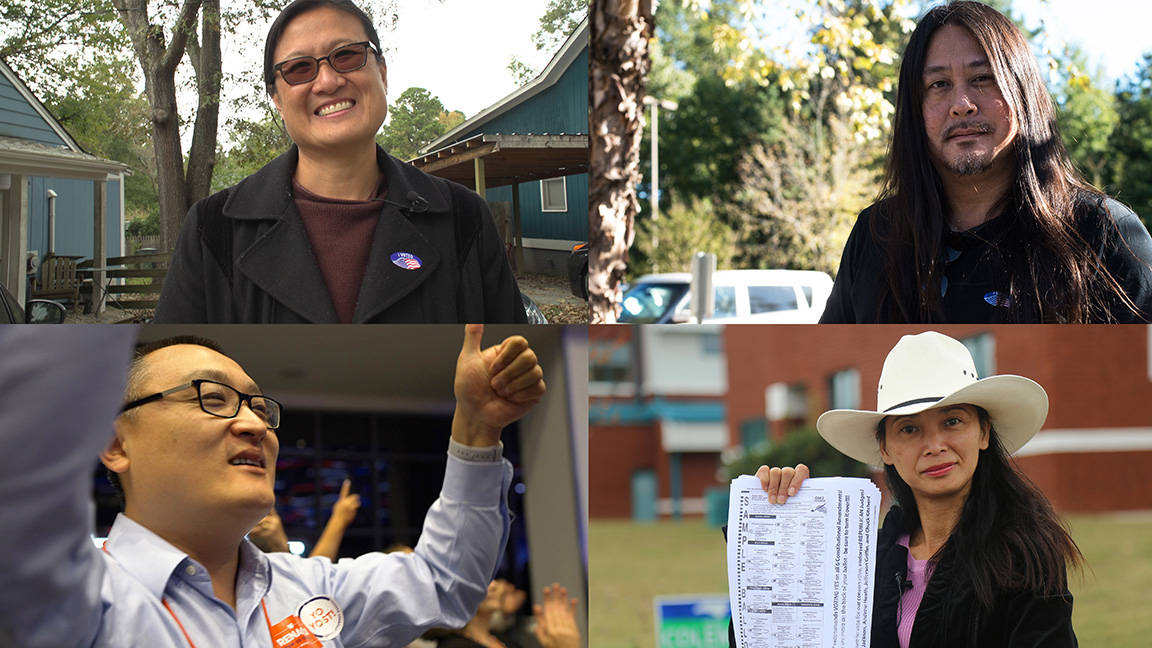 Yi Chen is an Asian American filmmaker based in Washington, D.C. Her work has been supported by ITVS, Center for Asian American Media, Southern Documentary Fund, DC Commission on the Arts and Humanities, and Smithsonian Asian Pacific American Center. Her film "Chinatown" aired on PBS station WHUT and won an IndieCapitol Award for Best Documentary Short.… Show more Yi was born and grew up in Shanghai, China. She immigrated to the United States after graduating as a first-generation college student. Yi has an MFA in Film and Electronic Media from American University. Show less

While Asian American voters are the fastest growing ethnic collective in the United States, they are also among the least represented as elected officials, their voices rarely heard in major policy debate. For filmmaker Yi Chen, these facts are more than statistical, they’re personal and, as she contemplates exercising her own right to vote, they become motivational. In First Vote, Chen chronicles her introspective journey into America’s battleground states. Exploring themes of immigration and identity, she engages in honest and revealing conversations with Asian American voters throughout our country’s most coveted districts in Ohio and North Carolina. Following the political participation of four Asian American voters, First Vote crafts an insightful look at Asian Americans' experience at the polls.