I Was Worth 50 Sheep

Sabere was just 10 years old when she was sold to a man in his fifties, to be both slave and wife. Now 16, she is fighting for her freedom. 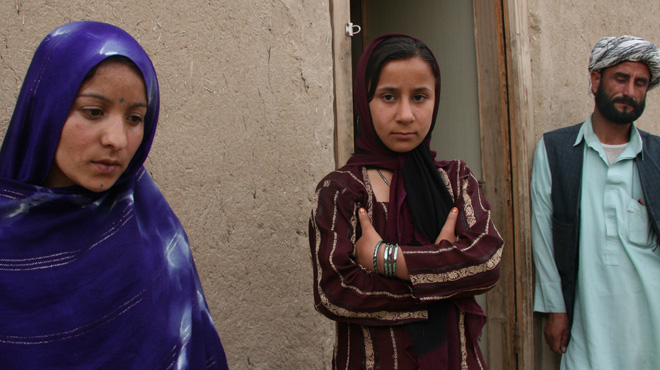 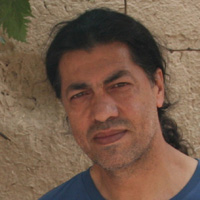 Nima Sarvestani started his career as a journalist in Iran and has been concentrating on documentary filmmaking since moving to Sweden in 1984. Focusing on social and political issues, he is inspired by those who fight passionately for their cause. He directed Dead Man’s Guest (2003), Naked and Wind (2002), Many Years Later (1999), and The Evil Cycle… Show more (1998), Iranian Kidney Bargain Sale (2006), and On the Border of Desperation (2008). I Was Worth 50 Sheep is his latest production. Show less 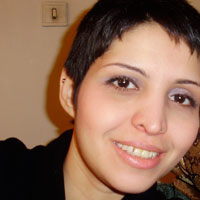 Maryam Ebrahimi was born in Tehran 1976. She lives and works in Sweden. She studied art, art theory, and art in the public realm. She has produced a number of videos with political and social themes, especially focusing on the Middle East and women's issues. I Was Worth 50 Sheep is her first documentary production.

Sabere, now 16, was only 7 years old when her father died in war. Her cousin inherited her, and following a long-practiced tradition in Afghanistan, he sold her when she was 10 years old to Golmohammad, a man in his 50s and a member of the Taliban. During the next six years she was both a slave and wife of Golmohammad. She became pregnant four times, miscarrying each time. The cause may have been her youth, or the abuse she suffered at the hands of her husband. While they were on a trip to Mazar-e sharif, Sabere managed to escape and after much effort, she made her way to a women's shelter.

Meanwhile, Sabere's mother needed to remarry quickly to avoid bringing shame on the family with her widowhood. According to tradition, ownership and betrothal of a widow transfers to the deceased's cousin. So Sabere's mother marries the cousin, and gives birth to a daughter named Farzane (Sabere's half-sister). The family struggles to make ends meet, so when Farzane is 10 years old, her father sells her to a man in western Afghanistan. Her price: 50 sheep and a piece of dry-farming land. As a kind of installment plan, the buyer pays Farzane's father 10 sheep per year, and will take possession of her when she is 15 and the full amount has been paid.

After six months of searching, the women's shelter tracks down Sabere's mother and her stepfather and invites them to the shelter for a meeting. When they discover the deal to sell Farzane, the shelter's managers realize they not only need to help Sabere but Farzane as well.

Sabere has applied for a divorce with the shelter's assistance, but she knows that her husband will find her and kill her — as he had his two previous wives — if she is not protected well. Golmohammad, who is over sixty, refuses to attend the domestic court proceedings because he refuses to accept the divorce, but also because he is wanted by the police on a charge of kidnapping. The court cannot force him to appear, because he lives in a part of the country controlled by the Taliban. So Sabere, with help from the shelter and police, embarks on a ruse to lure Golmohammad to Mazar-e sharif so he can be arrested.

I Was Worth 50 Sheep is the tale of these two sisters and their struggle for human dignity and freedom in a war-torn country caught between ancient traditions and a modern world.