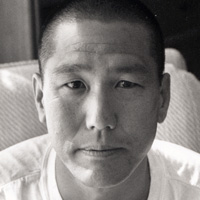 Spencer Nakasako won a National Emmy Award for a.k.a. Don Bonus, the video diary of a Cambodian refugee teenager that aired on the PBS series P.O.V. and screened at the Berlin International Film Festival. Kelly Loves Tony, a video diary about a Iu Mien refugee teenage couple growing up too fast in Oakland, California, also aired on P.O.V. Nakasako wrote the… Show more screenplay and co-directed a feature film about Hong Kong, Life is Cheap ... But Toilet Paper is Expensive, with Wayne Wang, and was one of the producers on School Colors, a documentary for Frontline about the 1994 graduating class at Berkeley High School. He produced and directed Monterey's Boat People, about the conflict between Vietnamese and local fishermen in his hometown of Monterey, California; and Talking History, about the history of Asian women in the U.S. Both films received numerous awards and aired nationally on PBS. For the past 15 years, Nakasako has been working in the Southeast Asian communities of San Francisco and Oakland, training at-risk refugee youth to make films about their own lives. In addition to teaching film in the Ethnic Studies Department at the University of California at Berkeley, he has also had artist-in-residencies at the Walker Art Center in Minneapolis, the Virginia Foundation for the Humanities, and the University of Toronto. Show less

She's a straight-A student; he's trying to leave his gang life behind. A camcorder becomes both witness and confidante for these markedly singular yet utterly typical teens as they self-document the trials of growing up too fast and too soon in urban America. Filmmaker Spencer Nakasako deftly guides this video diary of a young Southeast Asian couple wrestling with the demands of parenting, love, dreams, and disillusionment in the nebulous cultural zone between first- and second-generation immigrant life.