The interplay between the promise of stem cell discoveries, the controversy, and people living with disease and injury is constantly evolving. 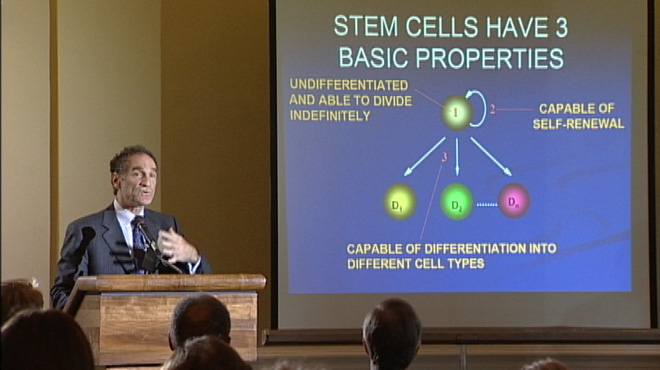 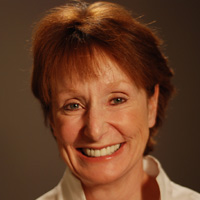 Maria Finitzo has been an award-winning filmmaker for 25 years. She has directed and produced projects for network television, public broadcasting, and the cable market. Her work as a filmmaker has taken her from the Galapagos Islands to Russia and has involved subjects ranging from the command and control of nuclear weapons to the psychology of… Show more adolescent girls. She produced and directed No Direction Home, a short film produced in conjunction with Public Policy Productions, about young people aging out of foster care. Her most well known film, 5 Girls, is a feature-length documentary that delves into the hearts and minds of five remarkable young women. The film was a special presentation of P.O.V. and premiered on national public television in the fall of 2001. A long-time associate of the documentary company Kartemquin Films, Finitzo has also been a producer and writer for the PBS science series The New Explorers. Under the banner of her own production company, she produced and directed a variety of educational and broadcast programs including Whales, an episode of the National Audubon Society’s Audubon’s Animal Adventures, a children’s nature series for the Disney Channel. Finitzo also directed and produced a two-part special On the Brink … Doomsday for the Learning Channel and Towers Productions. She is currently pursuing her MFA at Northwestern University and developing her next project. Show less

Justine Nagan is Kartemquin Films’s executive director and is currently executive producing several films with the company. Also with Kartemquin, she recently directed Typeface, and was associate producer on the Peabody Award-winning Terra Incognita. Prior, she helped the organization develop an education series while earning her Humanities… Show more Master's Degree from the University of Chicago. Other experience includes teaching at the Hyde Park Art Center, and working as a theatre manager for the Chicago International Film Festival and as a fellow for The HistoryMakers. Before moving to Chicago, she produced promotional spots for Public Television and worked for various companies ranging from M&C Saatchi, Australia to Michael Feldman’s Whad’Ya Know? on National Public Radio. She holds an undergraduate degree from the University of Wisconsin at Madison. Show less

Other ITVS Films
The Trials of Muhammad Ali

The debate over stem cell research has become more heated and nuanced with recent scientific advances and legislative actions. A variety of questions have entered the national dialogue: What is the public need for this research? Is the use of embryonic stem cells morally defensible? Who will have access to these treatments? Who will own the results of scientific breakthroughs?Mapping Stem Cell Research: Terra Incognita puts a human face on this controversial subject. When neurologist Dr. Jack Kessler’s daughter injured her spine in a skiing accident, he turned his energies toward finding a method to repair damaged spinal cords, refocusing his research on developing a therapy using embryonic stem cells to regenerate the damaged parts of the nervous system. His research has taken him into a politically sensitive realm in which Catholic and fundamentalist Christian views about the beginning of life exert a powerful influence.

Responding to the views of the majority of Americans, Congress passed the Stem Cell Research and Enhancement Act of 2005, which was vetoed by President Bush. Another bill supporting stem cell research made its way though Congress in 2007 and also received a presidential veto. The discussion and debate continue as individual states pass laws affecting stem cell research, while other countries move ahead in this field.

Through the personal experiences of the Kesslers, lab researchers and others affected by spinal cord injury, Mapping Stem Cell Research follows the evolving interplay between the promise of new medical advancements and the tension between modern science and religion.