The native herding tribes of Africa are emerging from a century of “white man’s conservation,” which turned their lands into game reserves. 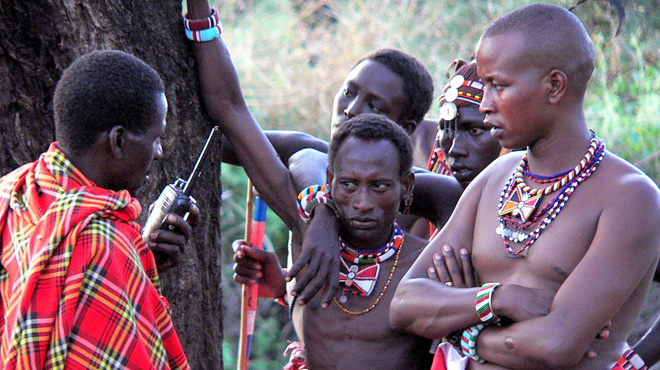 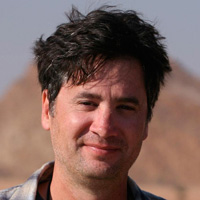 David E. Simpson has crafted award-winning films for 25 years. As a producer, director and editor, he plies his trade in the belief that a well-told story can move viewers’ hearts and minds about crucial, human issues. Based in Chicago, Simpson began making films at age 13, when he received a camera as a gift. He experimented with different kinds of… Show more storytelling, settling on the documentary format. Simpson co-produced and directed the award-winning When Billy Broke His Head, a documentary about disability culture, and co-produced and edited Forgiving Dr. Mengele, a film about an Auschwitz survivor’s controversial campaign of forgiveness, which also garnered numerous awards. Simpson directed Refrigerator Mothers, a film about a generation of mothers who raised autistic children under the shadow of professionally promoted mother-blame. The film won top honors at a number of film festivals and aired on PBS. When not producing and directing his own work, Simpson edits long-form documentaries. His credits include Terra Ingcognito: Mapping Stem Cell Research and The New Americans, both produced by Kartemquin Films for Independent Lens. Simpson has also edited the Emmy-nominated Mysterious Crash of Flight 201 for NOVA and other award-winning television programs. Show less

Other ITVS Films
Refrigerator Mothers
When Billy Broke His Head ... And Other Tales of Wonder 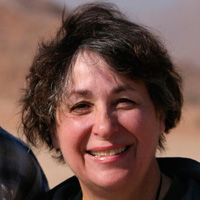 Milking the Rhino examines the deepening conflict between rural Africans and animals in the ever-shrinking African wilderness.

Decades ago, the creation of Africa’s national parks and vast game reserves forced out thousands of indigenous people who had coexisted in harmony with wildlife for millennia on a land without borders. The “fences and fines” approach to preserving wildlife disrupted traditional lifestyles, making the wildlife refuges and parks the property of the “white man” and turning ordinary food gathering into a criminal act.

Exploring wildlife conservation from the perspective of the indigenous people, Milking the Rhino presents the struggle of two traditional cattle-herding cultures: the Maasai tribe of Kenya and the Himba tribe of Namibia. Both find themselves clashing with the myth of “wild Africa,” which brings millions of tourists to the continent every year, particularly because the wildlife that draws these visitors competes for grazing land with the tribes’ domestic cattle.

The film follows the parallel tracks of both tribes (who live on opposite sides of the continent) as they consult with NGO field workers and social entrepreneurs at the village level. The advisors are charged with convincing bush-dwelling Africans to adopt community-based conservation (CBC), a new way of co-existing with wildlife that gives the tribes a piece of the economic pie and paves a path towards self-sufficiency. CBC is touted by conservationists as a win-win situation, but the reality is more complex — especially when an eight-year drought tests the tribes’ commitment.

Milking the Rhino offers complex, intimate portraits of rural Africans at the forefront of community-based conservation — a revolution that is turning poachers into preservationists and local people into the stewards of their land.